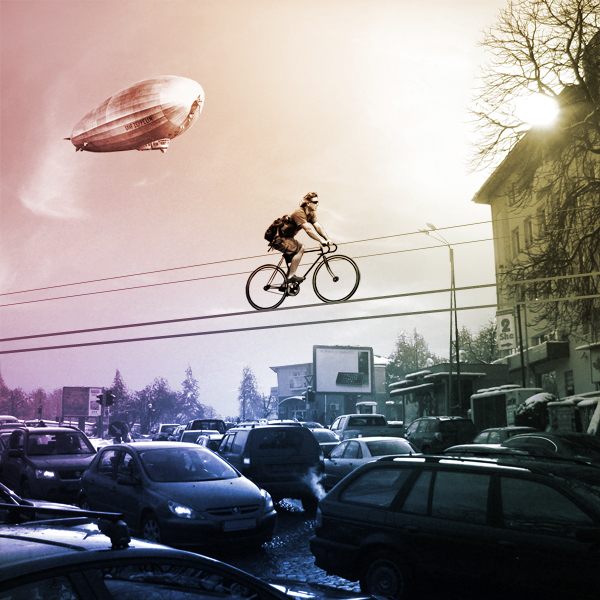 Why drive your bicycle on the road where all the traffic is when you can ride on top of it?  Well, that’s the idea behind the Kolelinia, a proposed transportation system that puts bicycle lanes on overhead steel pipes.  Yes, just like they do in the circus.

Designed by Martin Angelov, the concept won first prize at the international Line of Site competition.  While the idea looks dangerously dumb at first glance, it’s actually rather novel.  Despite its appearance, there are none of the risks that normally come with high-wire circus performances, so you don’t have to install a safety net right below it. 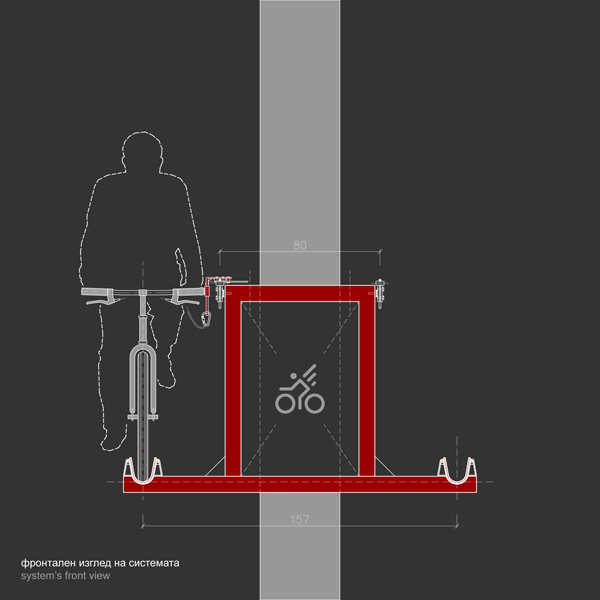 Kolelinia involves two elements – a half-pipe and a safety cable.  The pipe is the most easily visible component of the system, as it’s the surface that the bike will actually run on.  A safety cable runs parallel to the bike from end to end, at around the same height as the bicycle’s handle.   You can hook both yourself and your bike to it for safety, so you don’t have to worry about performing a balancing act.

Sure, the setup sounds like an oversimplification for something as complex as transportation.  However, installing an interconnected system of these things doesn’t seem like a freakish impossibility, either, since they only require a minimum of materials.  Of course, you’ll have to work out how fast traffic should go (imagine biking right behind grandma, for instance), along with entrance and exit paths, but it seems feasible.