Korg Miku Stomp Is The Weirdest Guitar Effects Box Ever 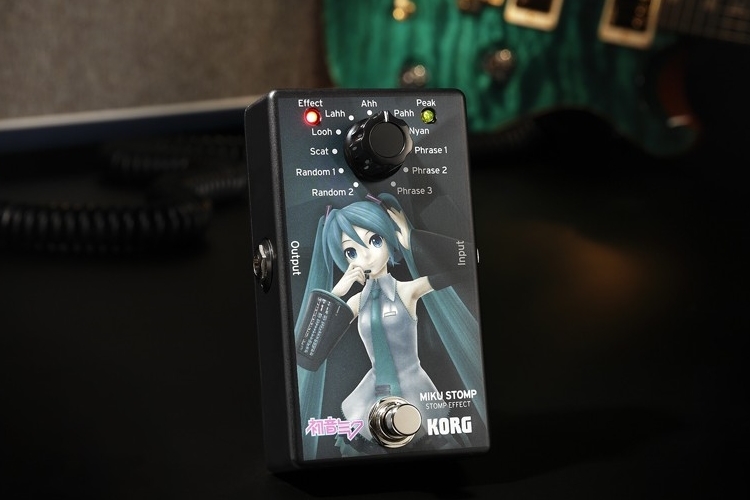 In the faraway land of Japan, there lives an animated woman named Hatsune Miku, who performs as a humanoid popstar that sings real songs in live concerts using Yamaha’s Vocaloid synthesizing technology. Yes, it’s absolutely strange. Know what’s stranger? Some people, apparently, want to make their guitars sound like Hatsune Miku, too, and that’s why this Korg Miku Stomp exists.

A stomp box that turns guitar notes played on your Aluminum Telecaster into Hatsune Miku’s singing voice, it lets you add Japanese humanoid stylings to your humdrum guitar playing. And, yes, she sings entirely in Japanese, too, making the ensuing results a heck of a whole lot weirder.

Just like other effects boxes, the Korg Miku Stomp has a foot switch that you can step on to activate the device. Unlike them, you’ll be stomping on what looks like something protruding from Hatsune’s crotch, making the whole thing even more bizarre than it already is. It comes with 11 different sound patterns, including three phrases (it plays a different phrase for each guitar note), two randoms (it plays a different syllable for each note), four single-syllables (looh, lahh, ahh, and pahh, each one sung according to the note played), scat (as in, it will sing that whole jazzy scatting thing), and Nyan (yes, it will make Nyan Cat noises). 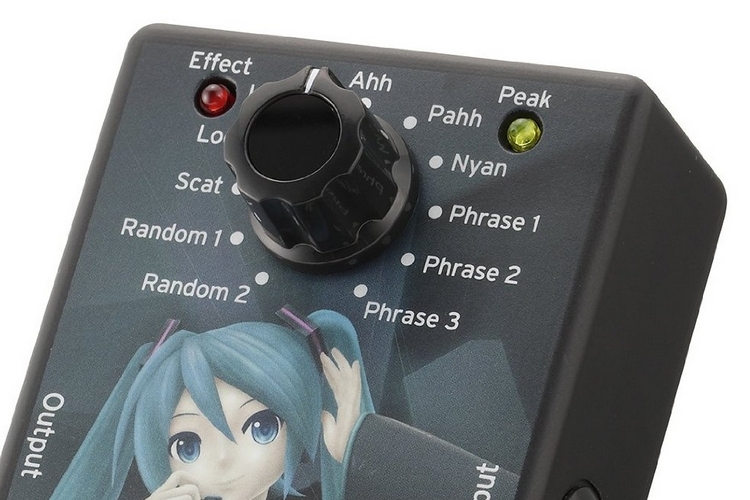 Dimensions are 2.91 x 4.72 x 1.97 inches for the box, which uses a pair of AA batteries for power. Oh yeah, it comes with a Japanese-language iPhone app where users can upload their own vocal patterns, which the box synthesizes using the integrated eVocaloid software.

Available now, the Korg Miku Stomp is priced at £108. Check out this hilarious review video for the effects box below.