It was just a few months ago when Korg dropped a surprise and released a smartphone-sized analog synthesizer.  Looks like response was positive because they’re rolling out two more: the Korg Monotron Duo and the Korg Monotron Delay.

Don’t let the compact size and toy-like appearance fool you.  These stylish boxes are real analog synths that you can use to put together melodies and effects with that rich and thick analog sound.  Sure, it won’t pack the same range of features as a full-sized instrument, but the few that each one does should sound as authentic as your favorite  electronic music hardware. 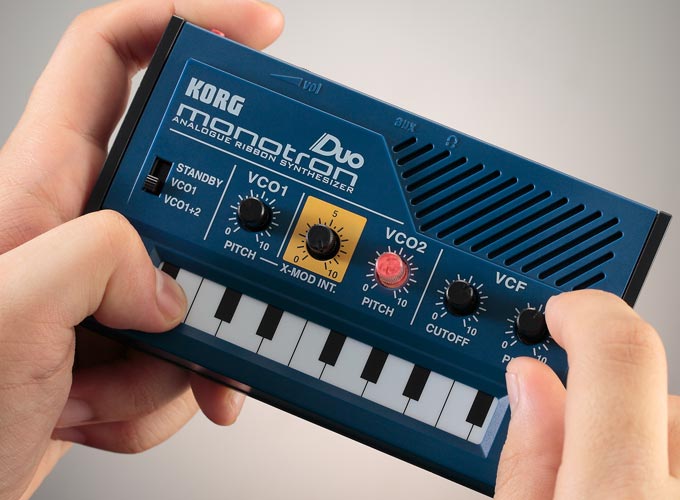 The Korg Monotron Duo features a pair of oscillators with individual tunings for that juicy analog timbre, along with internals borrowed from Korg’s classic analog instruments.  The Korg Monotron Delay, on the other hand, brings analog echoes and effects, filters from MS-10/MS-20, and a new LFO.

Both synthesizers come with a full set of knobs  and ribbon controller keyboards, making for a real playable instrument (although, be forewarned, that keyboard looks ridiculously minuscule and better suited to playing with a stylus than your chubby fingers).  Sound is piped through the built-in speaker (or through headphones via the 3.5mm port), with an auxiliary jack allowing you to plug in any audio source for electronic filtering.   It runs using a pair of AA batteries, which can power the synth for a total of 8 hours. 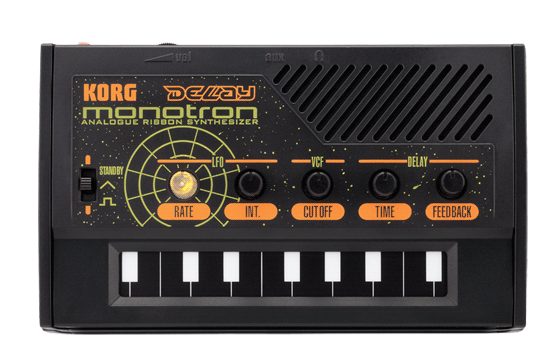 Sure, you can download a dozen apps that will turn your iPhone into a functional digital instrument for musical mayhem.  The Korg Monotron Duo and Korg Monotron Delay, though, brings that classic analog sound in a pocket-sized frame.  No pricing announced, but these should be around the same $60 MSRP as the original Monotron.