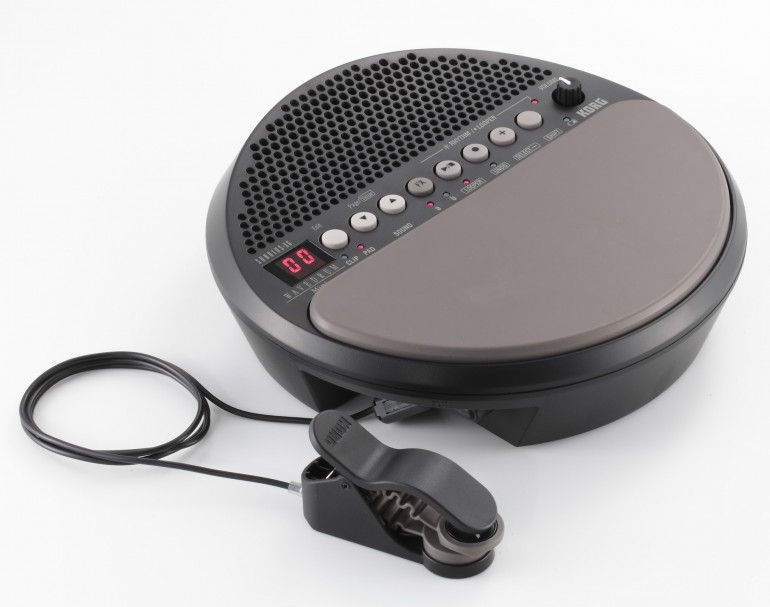 My inner frustrated musician loves the Korg Wavedrum.  Two hundred percussion sounds in an electronic drum set about the size of a frisbee — what’s not to love?  This year, Korg took most of the power of that digital instrument and crammed it in a more compact frame: the Wavedrum Mini.

Looking just slightly bigger than a chunky Discman from ancient times (by ancient, we mean a decade or so ago), the more portable drum synthesizer lets you turn the lone pad into whatever percussion instrument you fancy.  The big limitation is the pad can only be set to one sound at a time, so you’ll have to play around with the program settings if you want to go from a djembe to a snare within the same song. 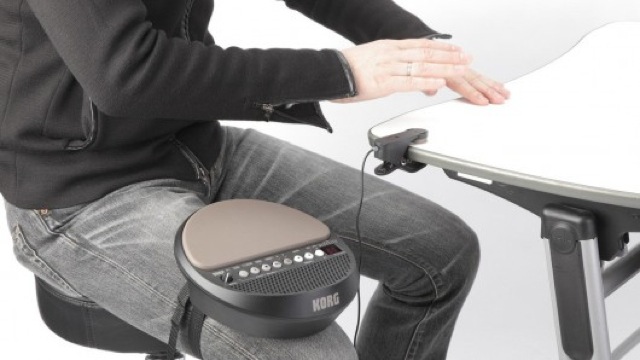 Korg knows restricting the Wavedrum Mini to one drum sound at a time is a very limiting proposition, so they added something new.  A tiny clip connected to the device via cable can be attached to any surface to create a second drum pad, which you can then assign a different sound.  According to Korg, everything from a table top to a book to a drinking cup can be used, making for some downright interesting results.

The device measures 8.5 x 8.5 x 2.63 inches and weighs just 2.2 pounds, making for easy portability.   Onboard speaker is a paltry 1.3 watts, though, so you might want to consider plugging it into something else during a performance.  Details include 100 different PCM sounds, 10 combination effects, 100 pre-made rhythm patterns, an on-board loop and a 7-segment LED display.  It powers using six AA batteries (four hours on a freshly-charged batch).

No word on pricing for the Wavedrum Mini, but Korg has set a third quarter target for availability.   It was recently shown off at the Musikmesse 2011 in Frankfurt, Germany.