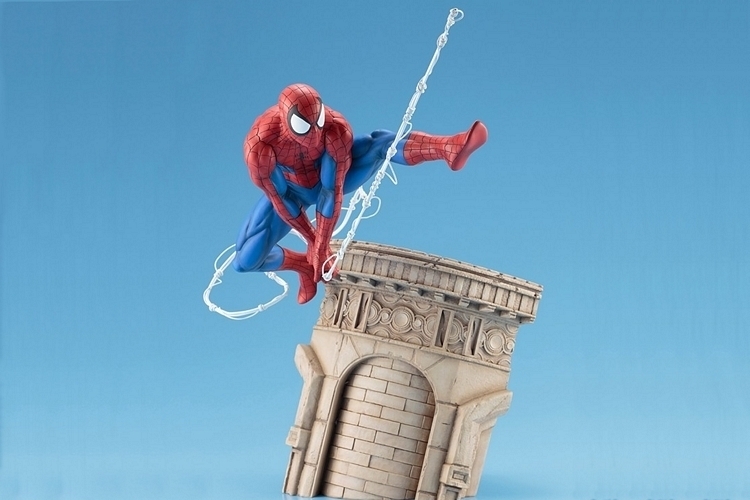 There are few Spider-Man poses more iconic than the ones where he’s in the middle of swinging on a web. That’s why it’s a pose that’s widely used in comic book covers and other depictions of the web-slinging superhero. The Kotokubiya Spider-Man Webslinger ARTFX Statue immortalizes that pose for your display collection.

Crafted by master sculptor Kouei Matsumoto, the statue captures Spidey in the middle of one of his swings, like he has done plenty of times while navigating his way around New York City. It’s a dynamic pose that captures Spidey in a position that’s generally all his own, since he’s, pretty much, the only comic book character that gets around by swinging on webs that get shot out of his wrists. According to the outfit, the pose is actually taken directly from a comic, although it would have been nice if they listed the exact issue (because, you know, we geek out over that stuff). 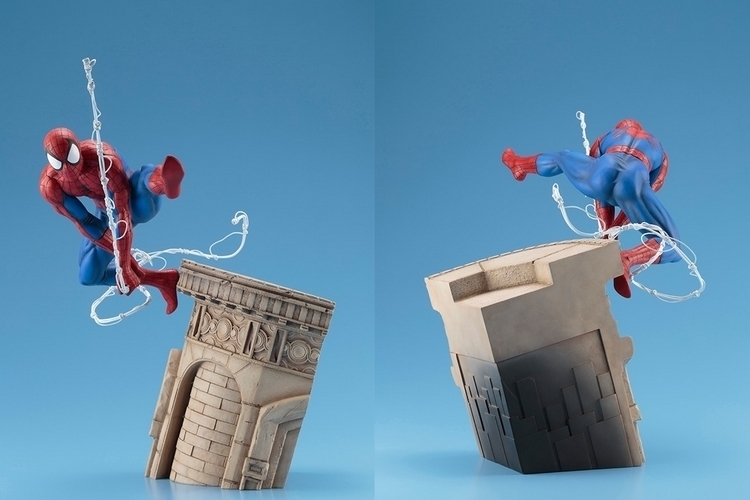 The Kotobukiya Spider-Man Webslinger ARTFX Statue depicts the friendly neighborhood web-head in his traditional red-and-blue costume, covering a lean and muscled physique that’s tensed and flexed from all the swinging action. He keeps one foot attached to a partial column of a building that’s been designed to serve as the statue’s base, so it looks like he’s jumping off from that platform on the way to his next stop.

The statue is designed in a 1:6 scale, so it’s about the same dimensions as your favorite action figures, although the actual pose means it won’t stand six inches tall as the rest of your 1:6-scale articulated toys. Construction is PVC for the statue, which, according to the outfit, allowed them to really capture the dynamic pose, while the base is made using cold casting in order to achieve a realistic stonework texture.

Slated for availability in June, the Kotobukiya Spider-Man Webslinger ARTFX Statue is now on preorder, priced at $199.99.