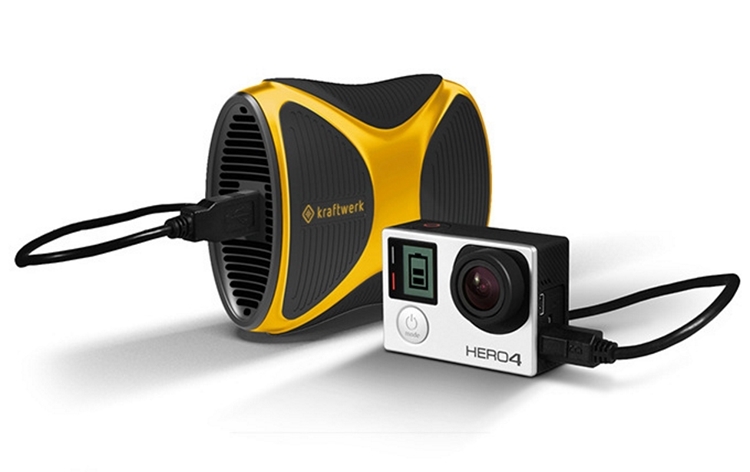 Sure, a power bank will let you carry backup power to keep your gadgets charged even in the most remote places. Without access to a wall outlet, though, it’s going to run out eventually. If you intend to make your off-the-grid adventure a relatively extended one, you’ll need a different solution to keep your devices juiced. That’s exactly what Kraftwerk offers.

Unlike other portable charging devices, it doesn’t require plugging into a wall outlet to store up power. Heck, it doesn’t even have an onboard battery. Instead, it uses a micro-tubular metallic fuel cell apparatus to convert gasoline into usable electricity, ensuring you can keep your phones, DSLRs, and tablets running, as long as you have a supply of fuel in tow. 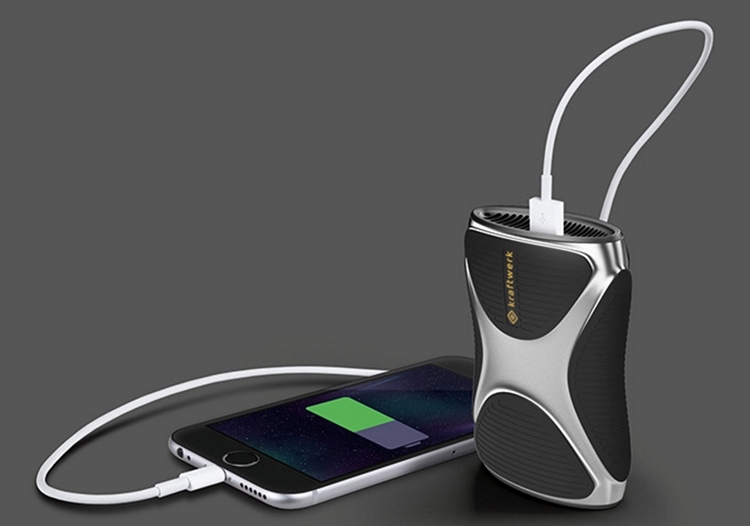 Kraftwerk doesn’t require any proprietary gas blend or cartridge either like other fuel cell chargers, as it can operate using regular camping gas such as butane and propane, both of which are widely available and very affordable. To use, simply fill up the cartridge, insert it into the device, and you’re good to go, with a single refill able to charge an iPhone up to 11 times. Measuring 3.944 x 2.95 x 1.18 inches and weighing 7 ounces, it’s just as small as any reasonably-sized power bank, so it should be as convenient to carry around. 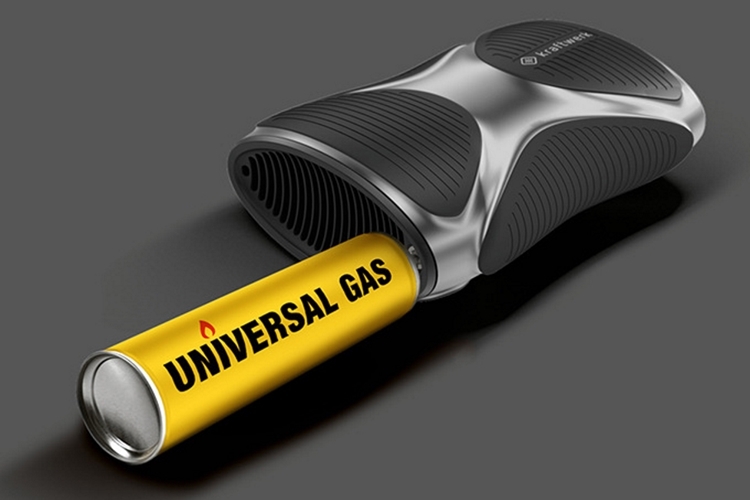 The catch? Charging is going to be awfully slow, as the device only delivers two watts of continuous output (in comparison, a computer’s USB port releases five watts), so expect to spend a lot of time tethered to it when juicing up your gadgets. Still, the convenience of being able to charge gadgets for months even without a power outlet for miles sounds like a dream come true for many people who spend a lot of time outdoors.

A Kickstarter campaign is currently running for Kraftwerk. Pledges to reserve a unit starts at $99.