Okay, we get it.  From the Agent to the Pebble, all the geeks want a smartwatch.  How else do you explain the relative success of all crowdfunding efforts that feature this device category?  The latest in the line of the growing field is the Kreyos Meteor, which, we have to admit, has to be one of the most interesting we’ve seen.

Of course, it has the requisite smartphone pairing that lets you receive notifications and perform a variety of  smartphone controls (e.g. music playback, receiving/making calls, reading messages) right from your wrist.  It also works with multiple platforms (iOS, Android and Windows Phone), so you won’t be stuck with just one mobile OS option.  Plus, it tells the time, just like your G-Shock. 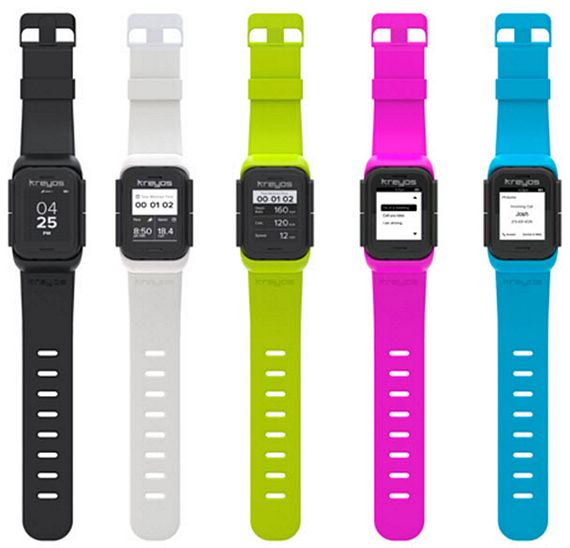 More than those typical functions, though, the Kreyos Meteor sets itself apart with voice and gesture controls baked in.  With voice recognition processing, you can now respond to text messages (and emails and, we’re guessing, future messaging apps) right from the watch, speaking your responses into it and having them converted into text.  Basically, most of what you’re supposed to be able to do with the voice recognition in your phone is going to be available on the watch, too, so that’s a big step up in functionality.  Gesture controls come courtesy of the onboard three-axis gyroscope, with four directional gestures preconfigured and more coming in future platform updates.

Of course, it comes bearing apps, which include a number of sports and fitness trackers for specific activities (it come with a 3-axis accelerometer on top of the gyrometer), along with the usual messaging set.  They also offer an SDK for developers looking to create new software for the platform.  The water-resistant watch case can either be worn with a band on the wrist, attached to a lanyard, or even clipped onto clothing. 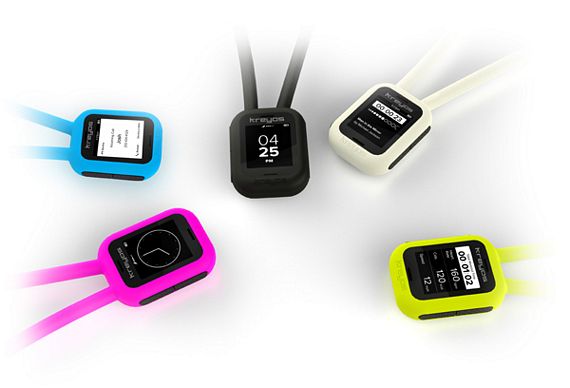 The Kreyos Meteor is currently a fully-funded project over at Indiegogo.  You can still reserve yourself a unit, starting at pledges of $100.