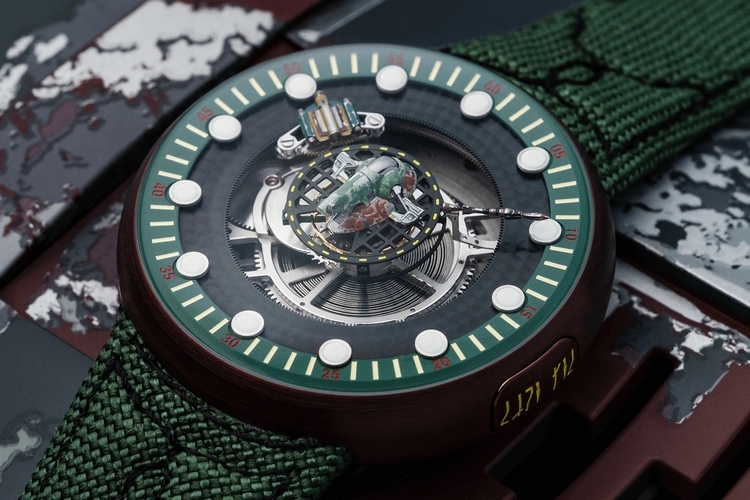 There was a time when Star Wars watches were novelty timepieces. You know, the kind you got for cheap at a local gift shop for the kids to wear. At some point, that all changed, with luxury watchmakers creating models covered in all sorts of Star Wars themes, charging you four figures and five figures to deck your wrist in Imperial and Alliance fare. Sometimes, they even cost more than your car, such as the case with the Kross Studio Boba Fett Collector Set.

That’s right, the character that got less than seven minutes of screen time in the original trilogy now has enough clout for his very own timepiece with a six-figure price tag attached to it. Granted, Boba Fett finally having his very own show on Disney Plus probably has something to do with the newfound popularity. At any rate, if Boba Fett has somehow become your spirit character of choice from the galaxy far, far away, you can now his livery proudly on your wrist in exchange for a hefty sum of money. 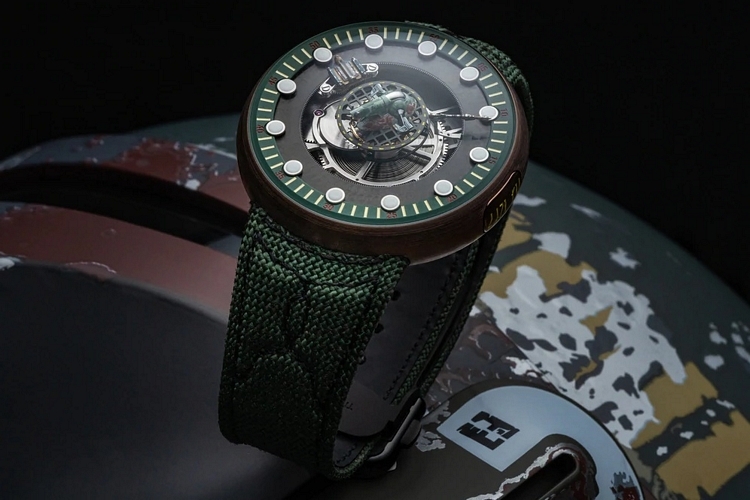 The Kross Studio Boba Fett Collector Set is a tourbillion watch clad in the familiar colors of the Star Wars character’s customized Mandalorian armor. It has a 45mm case cut in grade five titanium that’s coated in a chocolate PVD that resembles the hue of the bounty hunter’s belt, wristbands, and helmet accents. The dial, on the other hand, feels like pure Star Wars pageantry, with a “unique peripheral format” that has you reading time through a planetary gear system that orbits around the tourbillion. Yes, we don’t quite understand that explanation either, but the actual timekeeping is, actually, pretty simple.

Basically, it uses Boba Fett’s jetpack as the hour hand and its rocket as the minute hand, with each one moving at their standard paces. The hands move their way around indices clad in the bounty hunter’s signature green, white, and brown colors. The dial is purely skeletal in the middle, too, exposing some of the underlying complication underneath. 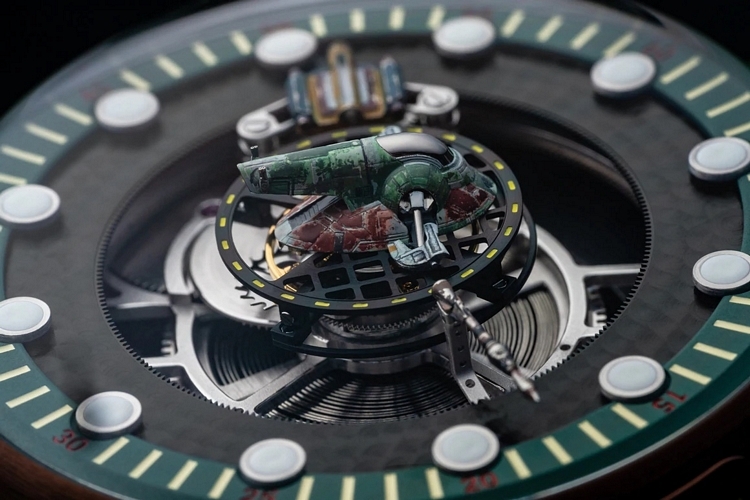 The Kross Studio Boba Fett Collector Set uses a KS 7000 mechanical complication, a manually-wound central tourbillion movement that’s comprised of 220 parts. It uses a 12-factor gear ratio power the hours movement, with the actual watch hands mounted on two wide, high-precision ball bearings. Since a watch clad in the character’s colors just doesn’t seem enough for a true Boba Fett fan, they also added an engraved and hand-painted miniature of the bounty hunter’s Firespray starship front and center. Created by EFX, the miniature recreates the weathered appearance of the fictional starship while it sits on a landing platform at the top of the tourbillion cage. Yes, the darn thing spins as time moves forward, so it’s a veritable space show on your wrist. 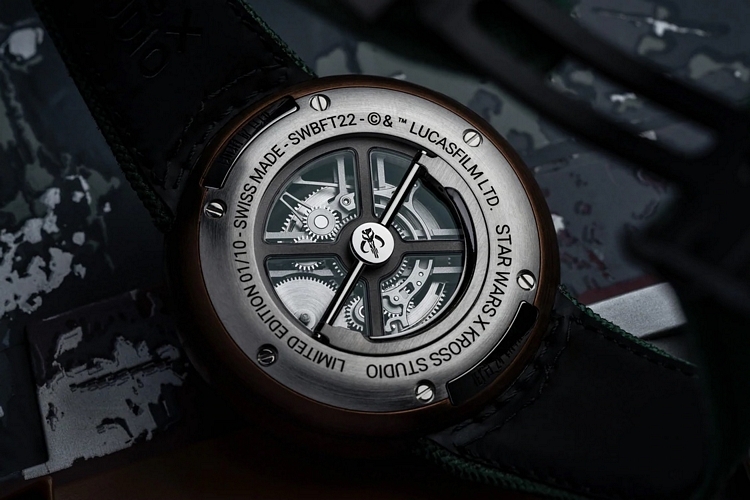 Features include a unique D-ring crown found on the case back, an edge-mounted push button for setting the time placed at the 3 o’clock position, and quick-release strap buttons on the underside. Three straps are included: a green one with armor, a chocolate calf leather, and a black rubber band.