Kubi Turns Your iPad Into A Telepresence Robot 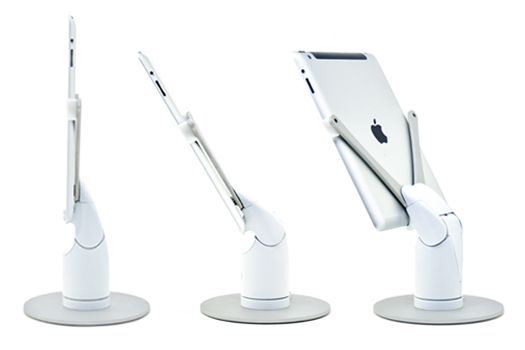 Telepresence robots are awesome.  And it won’t be surprising to see them in wide use just a few years down the line.  As of now, though, full-fledged telepresence automatons are way out of budget for many individuals and businesses.  Kubi is a smart tablet  stand that can turn your humble tablet into a basic telepresence droid.

Made by Revolve Robotics, it’s not a full-fledged stand-in robot that can walk around the office, traveling from one cubicle to the next.  However, it does have a moving, rotating neck that lets you physically look around to interact with remote environments, affording you legitimate telepresence capabilities. 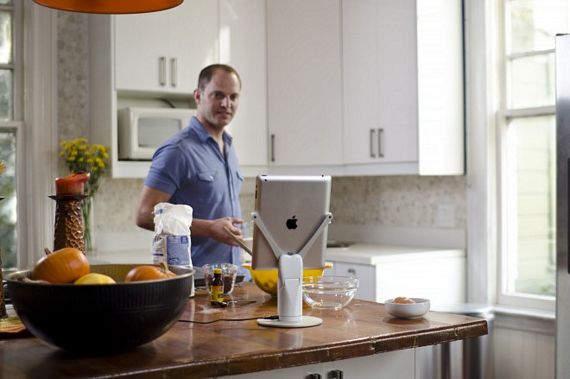 The Kubi is a robotic tablet  stand that’s intended to mimic the range and functions of a human neck.  With an iPad on its cradle, it lets you look around the surroundings remotely, panning left and right 300 degrees, as well as tilting up and down across a 90-degree range as if you’re in the same room.  It comes with a web-based motion portal that can work with many existing chat apps (Facetime, Skype), as well as its own dedicated app.  All that and it’s a looker, too, with anodized aluminum arms and base, as well as an injection-molded plastic body. 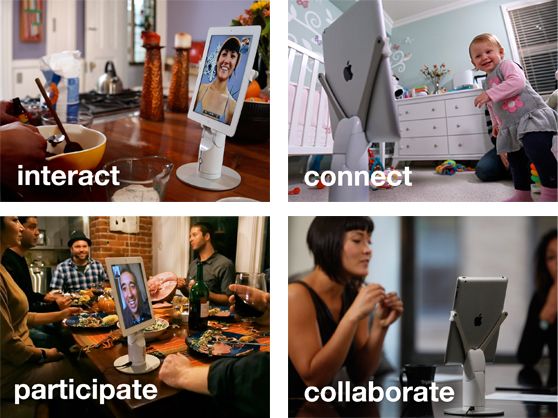 Its cradle can fit any tablet between 7.9 to 10.6 inches in either portrait or landscape, provided it has Bluetooth (it’s compatible with 4.0).  The first app is being written for iOS only, although they plan to extend it to other platforms (Android, Windows 8).  The stand needs to be powered separately, though, either via wall outlet or through the onboard battery (4-hour runtime).

Revolve Robotics is currently collecting funding for the Kubi on Indiegogo.  You can get in early on the action for $199.