Kuratas Is A 13-Foot, 4.4-Ton Robot You Can Control With iPhone 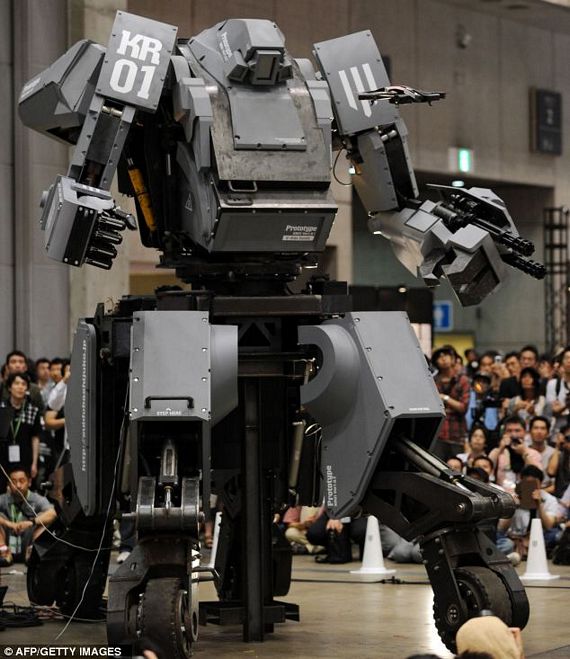 The world sure took its sweet time bringing us our very own mini-Gundam, so we can’t help but rejoice when the mechs start showing up. Sure, the Kuratas couldn’t quite do the amazing feats we perform with mecha suits in video games yet, but it’s one seriously promising step.  Actually, screw the “promising” part — I’ll buy three of these right now if I can afford it.

Made by Tokyo’s Suidobashi Heavy Industry, it’s a truly beautiful automaton fit to be a mad scientist’s robot henchman.  It stands 13 feet tall and weighs 4.4 tons, making for one intimidating pile of steel and moving robot parts. 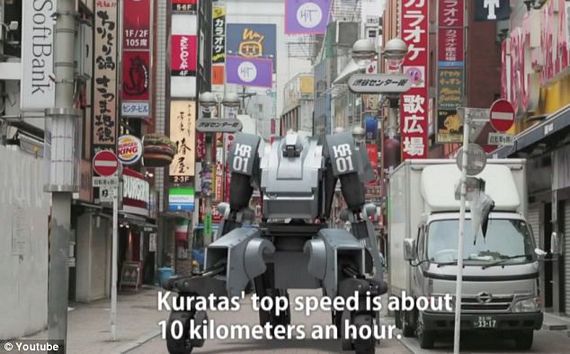 Under the menacing 30-joint design fashioned by artist Kogoro Kurata and robotics expert Wataru Yoshizaki, the Kuratas houses a cockpit that can hold a person right inside its frame.  From there, you can pilot the monstrous beast, driving it like a tank paving a path through your neighborhood’s suburban jungle at a turtle-paced top speed of 6.5 mph.  If you’d rather use it to guard the gates of your mad scientist compound without getting in harm’s way, it can also be controlled using a smartphone over 3G.  The robot runs on diesel fuel. 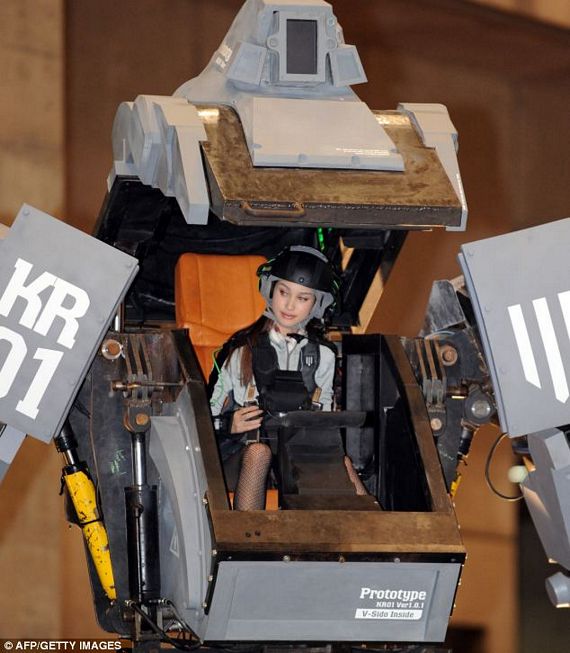 Not only can the robot move like a glorified scooter on four wheels, it can also move its massive torso, arms and hands (including grabbing puny humans with its claw-like fingers).  While it’s weaponized with twin gatling guns, the robot is aimed strictly at the consumer market, so  it only fires BB ammo (you’ll have to rig it yourself to shoot real bullets for whatever purpose it serves you).

The Kuratas should be available soon in a built-to-order basis, with a variety of customization options.  Pricing starts at $1.35 million.