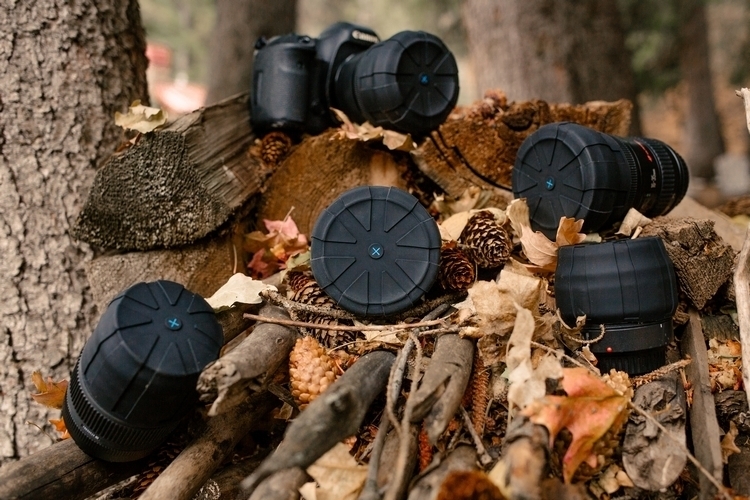 Losing your lens cap in the middle of a shoot? Annoying. So why not bring a backup? Because you never know which lens cap you could accidentally lose and they don’t exactly come as a one-size-fits-all. The Kuvrd Universal Lens Cap changes that.

Billed as “the last lens cap you’ll ever need,” the accessory can stretch to fit any size of lenses from 60 mm to 150 mm, making it viable for, pretty much, anything but custom giant lenses. Just bring a couple of these for backup during any shoot and you’ll never have to worry about losing a lens cap again. 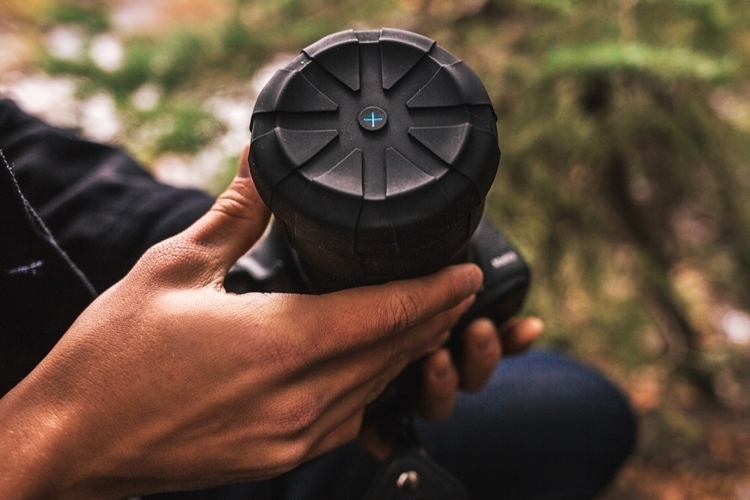 The Kuvrd Universal Lens Cap is able to stretch because it’s not made using the same materials used for traditional lens covers. Instead, this cylinder-shaped lens cap is cut in a stretchy and protective silicone material that allows for more versatile function. Because of the cylinder shape, it doesn’t just serve as protection for the glass, it’s able to prevent the sides of the lens from getting nicked and scratched, too. No, it won’t be able to cover the entirety of a long lens, with the material just slipping over the first couple of inches near the tip, which is still more protection than what a traditional lens cap provides.

According to the outfit, the lens cover is thick enough to absorb a good amount of shock, ensuring your lenses will survive getting dropped as long as this thing is around it. Not confident about the protection a single silicone cap will provide? Since it’s stretchable, you can also stack two or more lens caps onto the same lens, allowing you to put on as thick a cover as you think it requires. If you’re the paranoid type, you can probably put on five of these on a single lens without encountering any problems. Apart from preventing broken lenses, the cap also shuts out both water and dust, ensuring your lens is in perfect condition the moment you pull out the cap to start shooting. 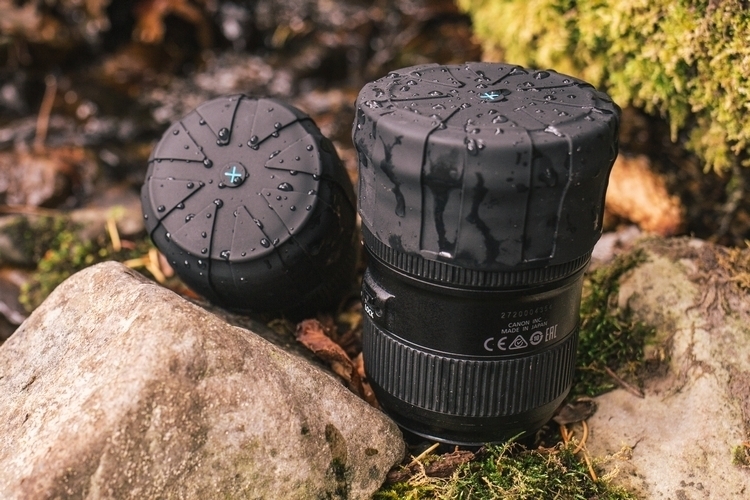 The Kuvrd Universal Lens Cap grips onto the lens securely, ensuring there’s no chance of falling off the way traditional caps would. To remove, you’ll need to apply pressure and peel it off the lens, so while it’s not quite as easy to pop off as a regular lens cap, it’s still a little faster than a screw-on lens cover. Since it’s a one-size-fits-all, you can use it to protect both front and rear sides of a lens, giving you more options in protecting your valuable gear. 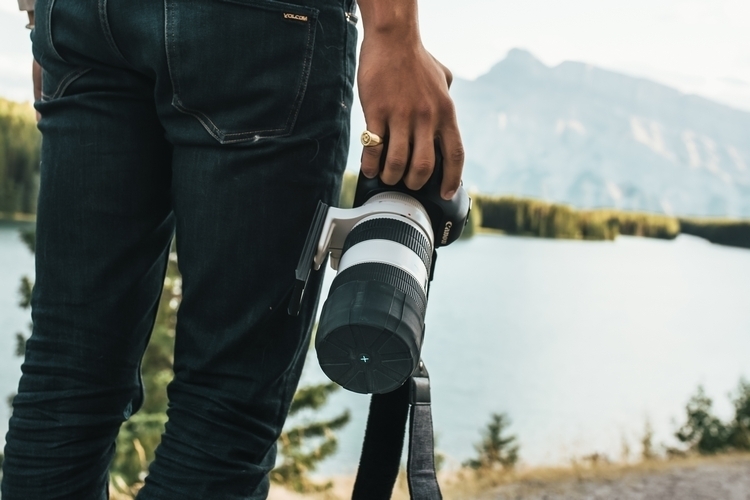 Unlike traditional lens caps, the silicone material allows it to be folded, rolled up, and squeezed into compact shapes, so you can slip it in your pocket, squeeze it in a pouch, or tuck it inside your bag. That same material also adds extra grip to the lens, making it easier to handle, whether you’re swapping lenses, lining them up before a shoot, or putting them back inside your camera case during wrap-up.

A Kickstarter campaign is currently running for the Kuvrd Universal Lens Cap. You can reserve a unit for pledges starting at $30.