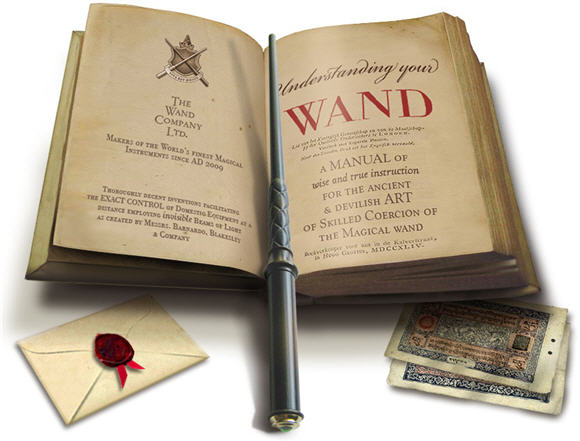 Ever wanted to put on your wizard costume before watching TV?  Never?  Well, now you’ll want to with the Kymera Magic Wand, a functional universal remote clad in the form of a spell-conjuring stick.

Created by Chris Barnardo, the Magic Wand lets you control a bevy of home electronics (including various handheld devices, like iPods) using a variety of stick movements.  Simply point it to any component in your A/V system (it’s supposed to work with the majority of IR-equipped devices, even bedside lamps), perform the specific gestures and have the thing do as instructed – with nary a single button in sight.

Dressed as a stylish 14-inch stick (it would have been all the rage with the hip wizards from yesteryears) with a green LED on one end and a built-in accelerometer inside, the Kymera should manage everything that a standard universal remote can do.  From changing channels to increasing the volume to going to the next track, you can perform it all with the wave of a wand. 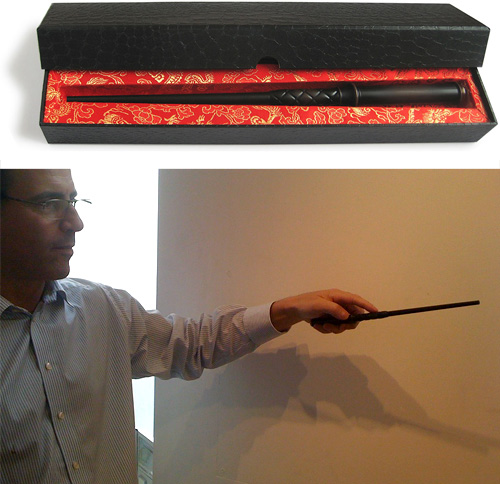 The device comes with 13 pre-defined gestures, including shifting left and right, and drawing circles in the air, each with its own function.  You can pick up all the basic movements with the integrated practice mode.  Even better, it’s a learning remote, so you’re supposed to be able to come up with new combinations to teach it to do magical things in your home theater.

Want to bring magic into your entertainment center?  The Kymera Magic Wand is debuting come October 1st, with a £50 ($83) price tag. [The Wand Company ]

Also programmable Magic Wand remote control is available in US now for $89.99. CHECK IT OUT