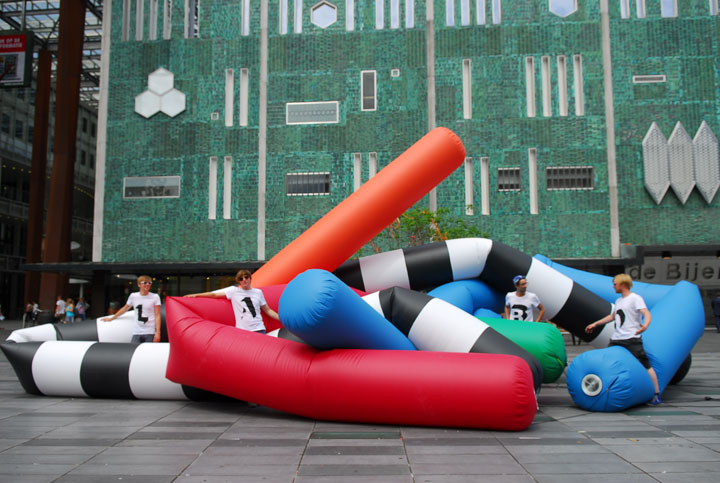 Even giants need to entertain their kids, too.  This is one of the ways they do it: Giant Balloon Animals.

Created by La Bolleur, it’s the latest project from the Dutch design collective.  They’re  building it for exhibition at the Eindhoven City center, at the prodding (we assume) of overlord giants who threatened to step on them if they ignored the request.  Hey, I’d do it, too, if I was in their shoes – you don’t just go around pissing off giants who can build balloon animals that big. 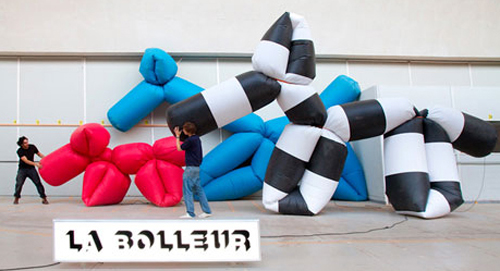 La Bolleur’s oversized balloon pets will be a part of the team’s 5th year anniversary celebrations during the upcoming Dutch Design Week.  They will be running the exhibit from October 23 to 31, along with a live jazz opening, a ping pong club tournament and other presumably fun shit.  Fun, that is, before the giants come down from their beanstalks and begin destroying everything.