Lamborghini Aventador SV Brings 740HP In An Even Lighter Package 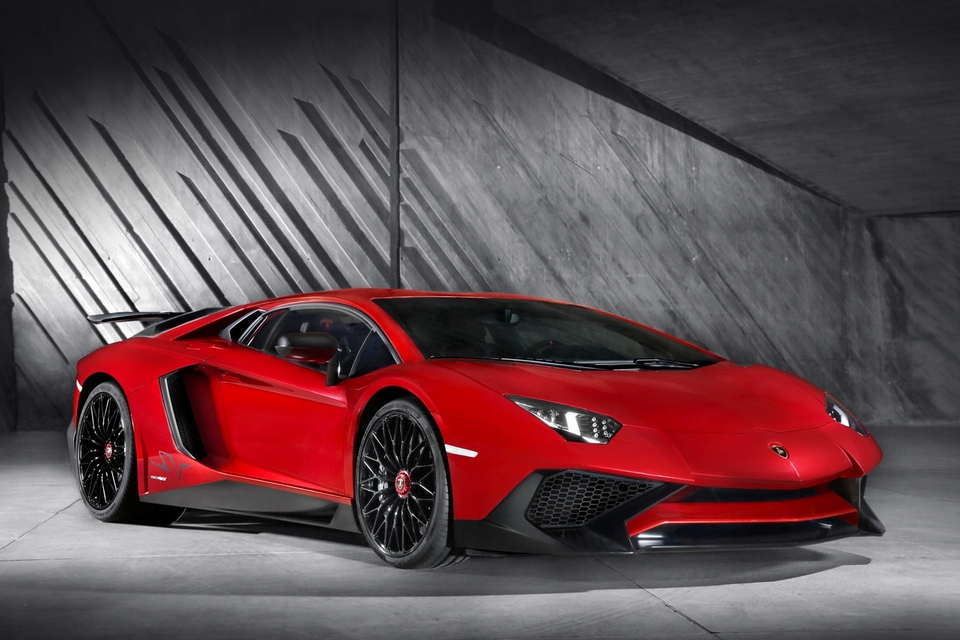 SV, short for Superveloce, means a lot when appended to a Lamborghini model, having been applied to only a handful of the raging bull’s most violently fast creations. Speed is, obviously, at the heart and soul of the badge’s latest drop: the Lamborghini Aventador 750-4 SV.

Billed as their “fastest and most emotional series production car,” it boasts increased power, lower weight, enhanced aerodynamics, and new technologies that, Lambo claims, makes it the “purest incarnation” the marquee has ever produced. Of course, it’s hot, too — hotter than the original Aventador that showed up back in 2011. 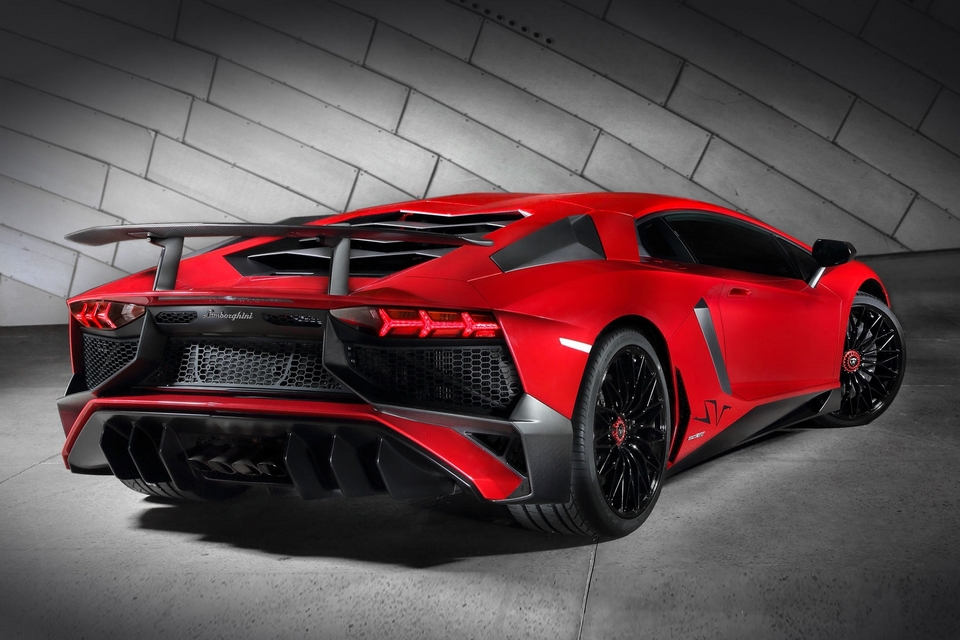 To push the Lamborghini Aventador SV to greater speeds, Lambo let its engineers loose on the V12 naturally-aspirated engine, revising the valve train and adding a new four-exit exhaust, resulting in a jump to 740 horsepower and 509 pound-feet of torque.   They also effected a substantial weight reduction through the extensive use of carbon fiber (even the interior uses Lambo’s “Carbon Skin” fabric), shaving off 110 pounds from the original Aventador 750-4. Paired with a seven-speed gearbox, the enhanced powerplant and reduced weight takes the car from 0 to 60 in just 2.8 seconds, along with top speeds that push into 220 mph territory. Aside from allowing the vehicle to go faster, the new power-to-weight ratio aids the vehicle in both lateral dynamics and braking, leading to a car that the company describes as “equally light-footed and precise.” 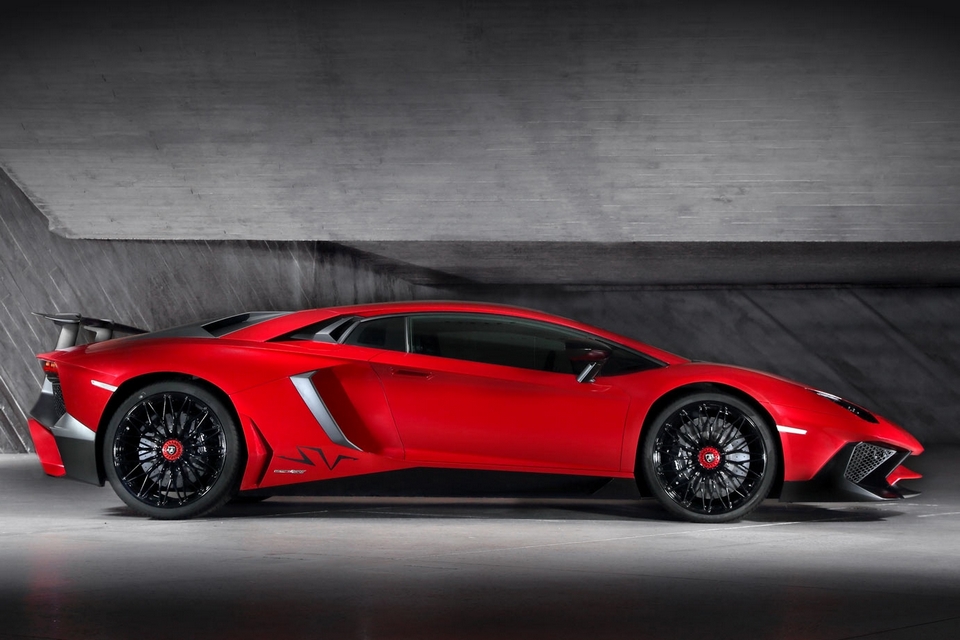 Beyond the speed improvements, the Lamborghini Aventador SV also gets adaptive magneto-rheological dampers incorporated into the pushrod suspension, variable-ratio electric power steering, carbon-ceramic brakes, and Pirelli P Zero Corsa sports tires. It will go on sale in the spring, with prices starting at €327,190. 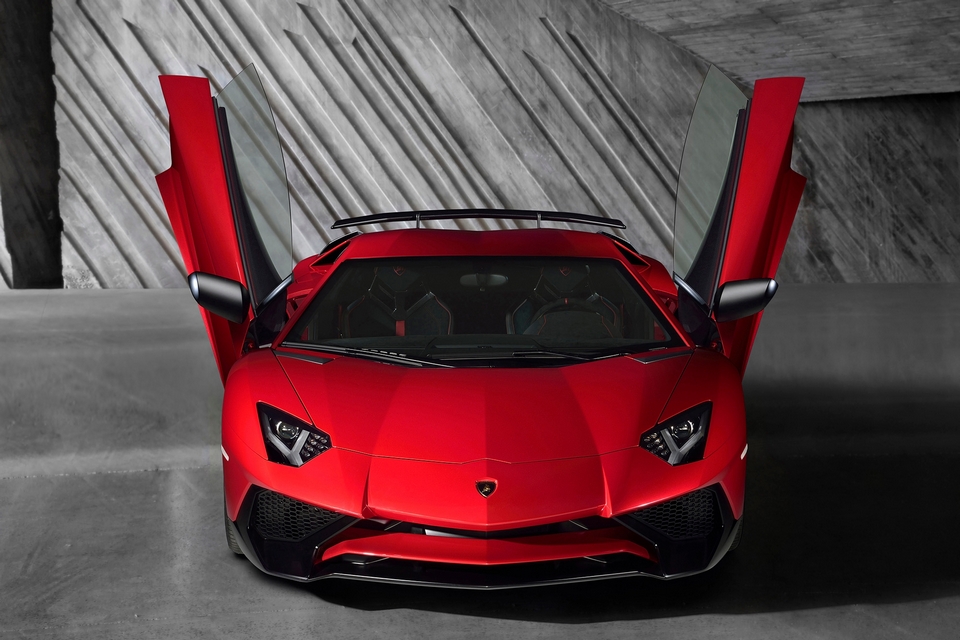 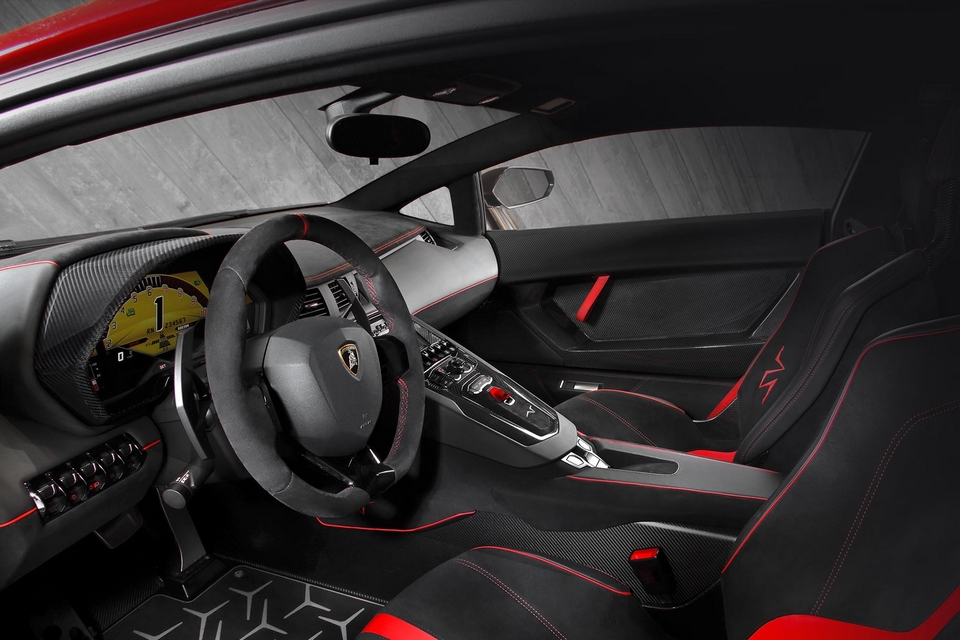