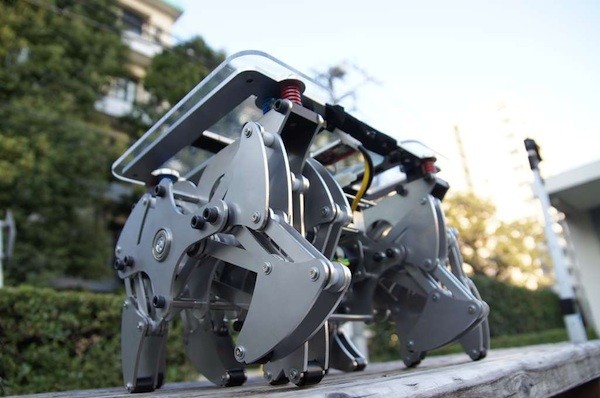 Rolling on a longboard is cool.  Getting around town being carried by a twelve-legged robot is even cooler.  That’s exactly what the Land Crawler exTreme does, ferrying lazy humans atop its low platform while creeping on twelve legs.

Created by the Japanese robot enthusiast behind the website Vagabond Works (whose name we don’t know), the automaton can be ridden by anyone who weighs 175 lbs. and lighter.  If you’ve been feasting on a regular diet of Double Downs, man-size servings of chicken wings and lots of beer, that probably excludes you, so consider it another reason to lose all that excess weight as next year’s resolution. 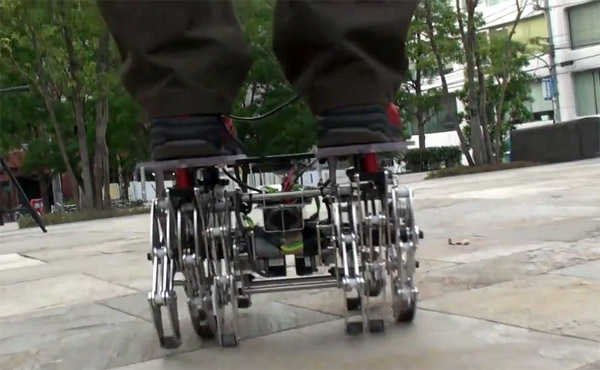 The Land Crawler exTreme weighs only 27 lbs. and has a platform about ten inches off the ground where you can stand up (or sit Indian-style), letting it do the work of getting you from one location to another.  It’s far from the speediest way to get anywhere, though, so it might be better employed for other uses, such as sending a fresh batch of beer from the kitchen to the living room.

With its six pair of legs and smooth walking motion, this has to be one of the cutest robots I’ve seen in a while.  That quality isn’t accidental, though, since the creator made it as a toy for his 2-year old son, who can now forego the use of his legs since he has a robot to do it for him.

There’s more information on the Land Crawler exTreme from Vagabond Works, but the website is in Japanese, so you need really small eyes to read it (just kidding).  You can also check out the video below.