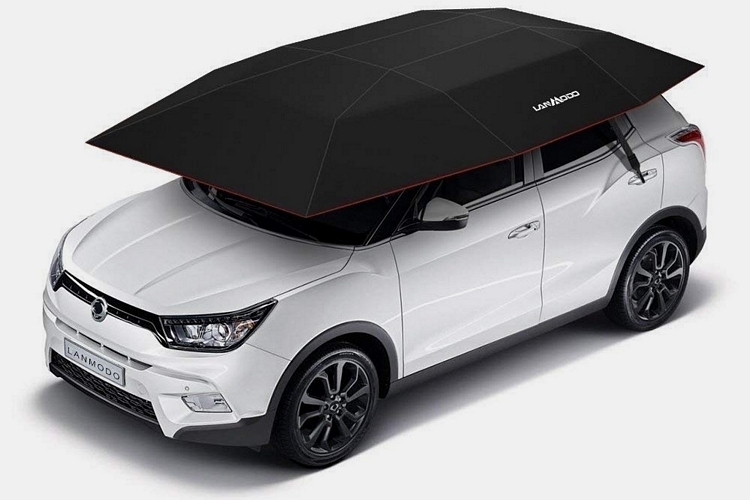 When you’re told about something called a “car tent,” you probably imagine a drive-in tent – one where you can park your vehicle to shield it from the elements. While described as a car tent, the Lanmodo is an entirely different thing.

Instead of being a tent for your car, the accessory actually serves more like an umbrella for your vehicle shielding it from any sun, rain, and snow it’s exposed to in the dirty streets of your city. Except, you know, it’s worn on the roof like a hat instead of propped up on a pole, so it’s probably what would happen if you combine a hat and an umbrella into a car accessory. So, yeah, it’s a hat umbrella for your car. Awesome. 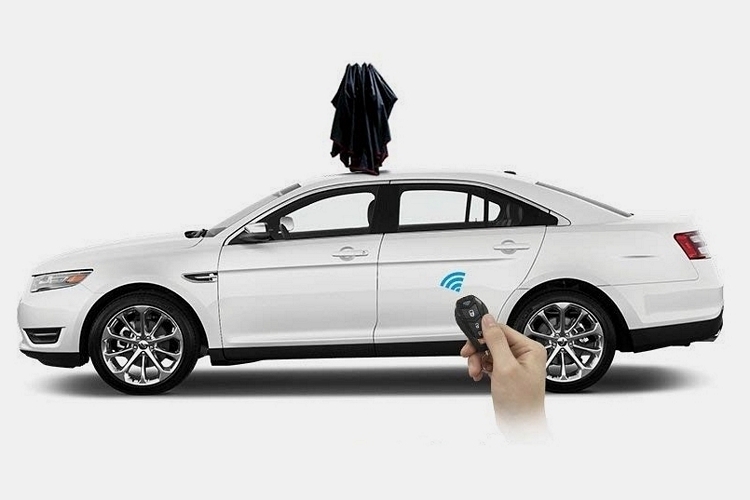 Unlike most roof accessories, the Lanmodo doesn’t require a roof rack for installation. Instead, it mounts using a strong suction element that, according to the outfit, can bear weights of up to 154 pounds. It uses fiberglass for the canopy frame, which should be strong enough to help it stay on while driving in moderate winds, although for stronger winds, it comes with four ropes that can be anchored to door handles and side mirrors for better stability. Do note, it’s only rated to hold up to wind speeds of 29 mph, so any stronger than that, you better make sure to put those anchors in place.

When collapsed, the contraption actually looks like an oversized umbrella mounted on your roof. Suffice to say, it looks just as weird whether collapsed or deployed, so you’ll probably want it off the roof unless the weather makes it necessary. A wireless remote allows you to collapse and deploy the car umbrella with a single push of a button, with each action taking no more than eight seconds to complete. Because you need a remote to collapse the canopy, the outfit claims it’s safe to leave when you park your car, as it will be especially difficult for thieves to steal since there’s no other way of folding the shade. Unless, of course, the thieves know about the discrete reset switch on the umbrella body (which is available in the event that you lose the remote). Yeah, that doesn’t sound good. 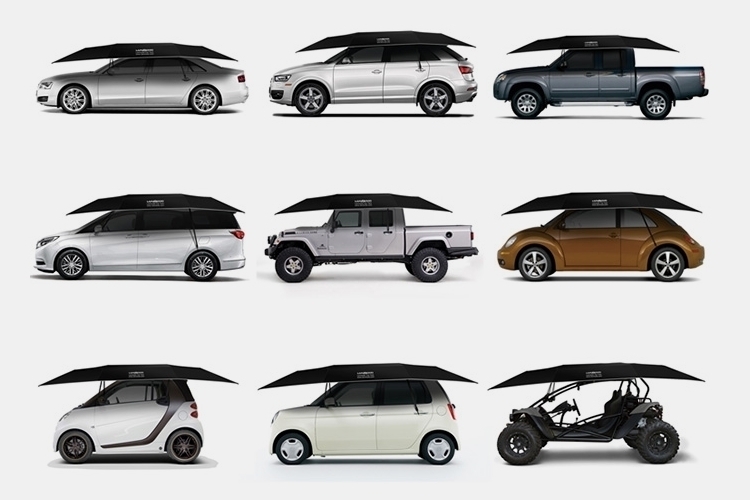 According to the outfit, the Lanmodo can keep the car interior up to 35 degrees cooler in hot weather, making it an excellent accessory to have when parking your car under the scorching sun during the summer. The shade, by the way, is made from 210D Oxford, a waterproof fabric that can be cleaned with a simple wipe down, so there’s minimal maintenance necessary. It comes in two sizes: one with a 3.5-meter shade and another with a 4.8-meter shade. 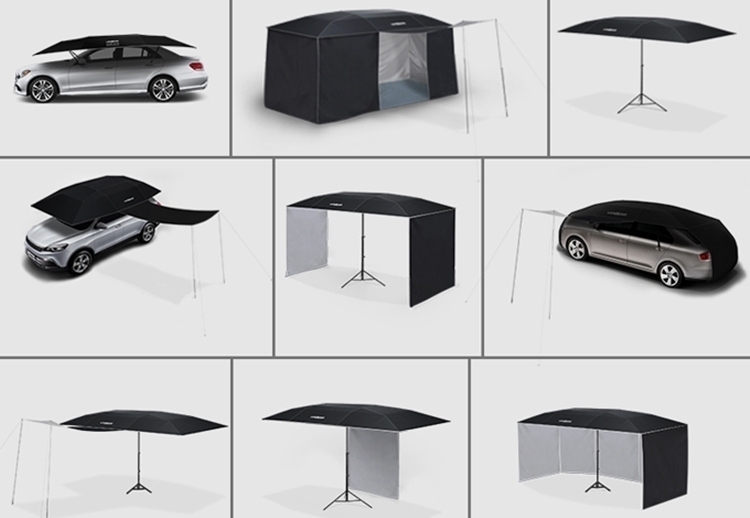 An optional stand is also available for using the “tent” as a freestanding canopy, so you can use it for shade in the backyard, at the beach, or at the campsite. They also sell side walls and even an awning for turning it into a full-fledged tent, just in case you ever need one.

Want one? The Lanmodo is available now. 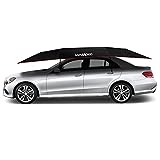