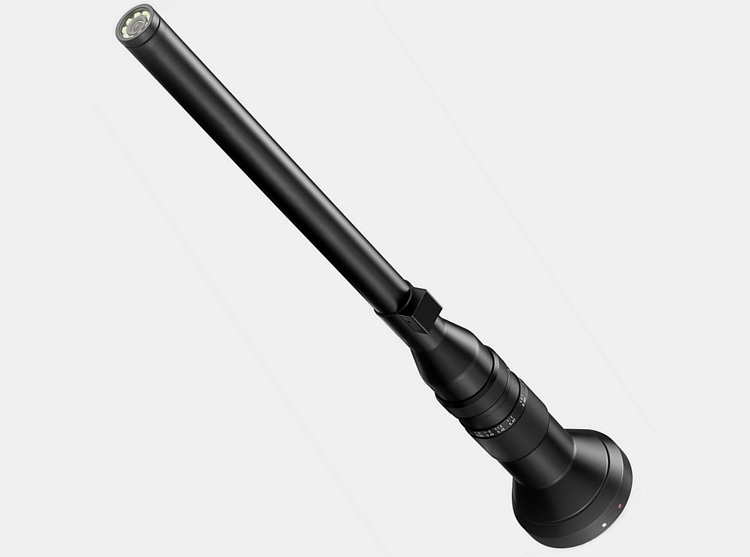 It looks like the barrel of a weapon that spits out tiny projectiles (it definitely belongs in this cat’s mech suit). The Laowa 24mm f/14 2X Macro Probe, however, is designed to reinforce your photography and cinematography arsenal, giving you a totally unique lens that allows a compelling view you’ll find hard to recreate with other lenses in the market.

Designed to give lensmen a compelling “bug’s eye view” of subjects, the lens allows you to get as close as 0.79 inches (2cm) from your subject, while providing a satisfying wide-angle view of 84.1 degrees, enabling close-up shots that still capture plenty of background details. Laowa itself calls the lens one of their weirdest creations, albeit hailing it in the same breath as one of their most genius designs as well. From what we can see, though, they’re not wrong. 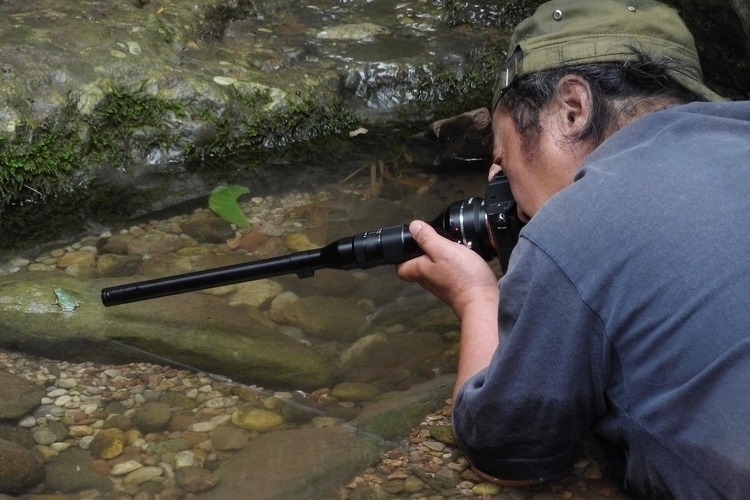 The Laowa 24mm f/14 Macro Probe measures just a hair over 16 inches long, with over half of it comprised of a long and narrow tube holding most of the optical elements. That long and narrow tip (0.8-inch diameter) allows it to be inserted into tight places, allowing you to take photos and videos inside bottles, beneath bushes, and all sorts of places where other lenses just won’t get in. It also lets your lens get close to the subject while keeping the camera at arm’s length, which could be useful with potentially dangerous subjects (like, you know, insects that bite). According to the outfit, the fact that it’s so narrow also allows more ambient light to enter the shot, which can only help with your results.

It comes with 2:1 magnification, so you can shoot really small subjects without losing a lot of detail, all while gaining excellent depth of field courtesy of the wide angle design, making it quite the unique tool for macro photographers. Because of the aperture value, most scenes you shoot with these can only benefit with added lighting, so they threw in a LED ring right at the lens tip to ensure every shot is sufficiently illuminated. The LEDs, by the way, are powered through a micro-USB slot further up in the barrel. 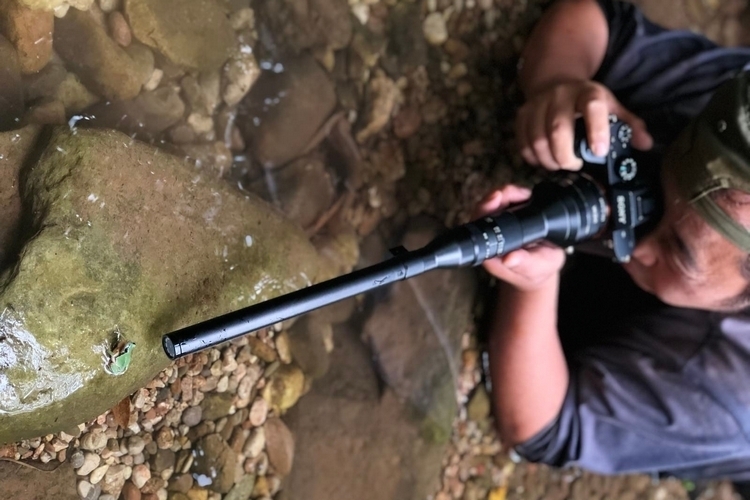 The Laowa 24mm f/14 Macro Probe is completely waterproof from the tip of the lens to the end of the narrow barrel, so you can stick it into aquariums to film captive marine life, as well as in other places with shallow water. If you’re curious about the lens construction, by the way, it comes with 27 elements in 19 groups, with majority of it concentrated on the narrow barrel. The standard version comes with mounts for Canon EF, Nikon F, Sony FE, and Pentax K, while the Cine version is designed to work with Arri PL and Canon EF, so just make sure you pick up whichever is compatible with the camera you currently work with. 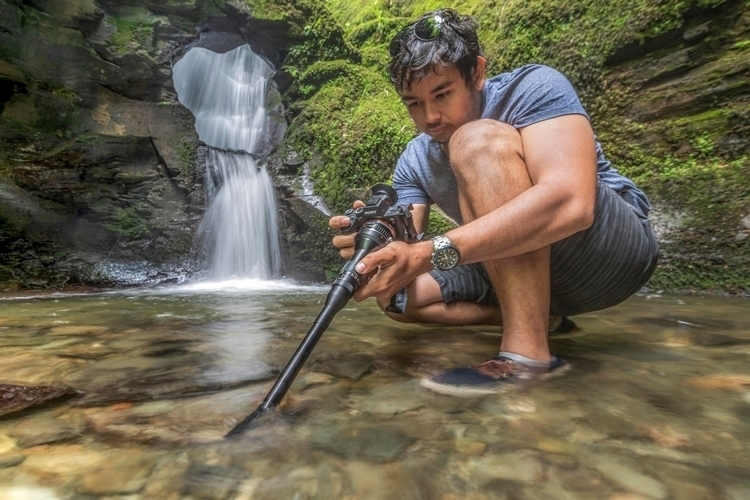 A Kickstarter campaign is currently running for the Laowa 24mm f/14 Macro Probe. You can reserve a unit for pledges starting at $1,399 (yeah, it isn’t cheap).