Laptop Too High-Tech For Your Needs? Turn It Into An Etch-A-Sketch 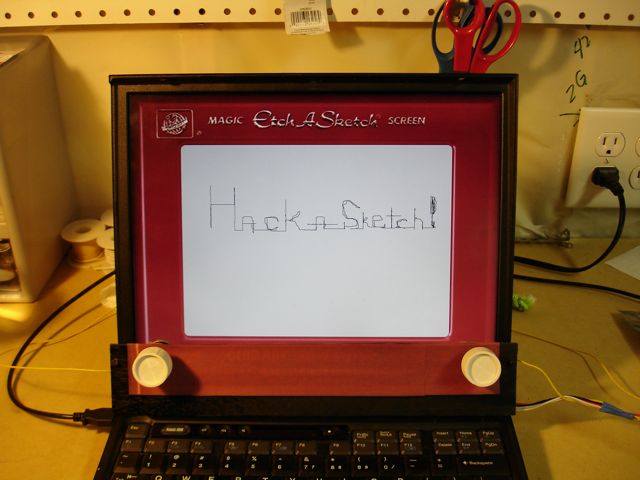 Looking for ways to brick an old, but perfectly good notebook?  Emulate this dude and turn it into the Hack-A-Sketch, a laptop mod that sets technology back several decades.  Literally.

Why mod a more powerful laptop into a low-tech Etch-A-Sketch?  I don’t know.  It looks cool, though.  For the next ten minutes, at least.  Until you realize you just downgraded something that can do about a hundred things into a novelty contraption that does one thing.  And that you suck at drawing. 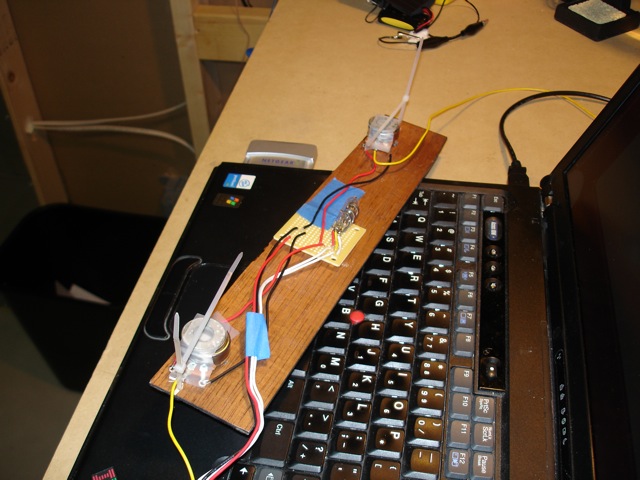 For what it’s worth, you can probably add the Hack-A-Sketch while keeping the laptop functional.  Michael’s setup consisted of adding the classic Etch-A-Sketch face, hiding an Arduiono board inside it, to the notebook’s screen.  The processor reads inputs from the two knobs and passes the data to the computer via USB, where it’s picked up by a Sketch Processing software running on the notebook.  No code was added to the board itself, with the Arduino running just the standard firmware.

Should I hit “Del” to erase?  Apparently not, as the setup includes a mercury switch behind the panels holding the knobs.  Like the Etch-A-Sketch of old, simply the shake the laptop to clear the display.  If you use a machine with an onboard accelerometer, it should prove even easier to program.

Personally, I think it’s a stupid hack.  It’s like tuning a 200mph car to run at a max of 90mph, getting shaky steering at top speed and gushing about it.  Meh, it’s cool,  I’m just a hater.  Check out the project site for more details, video and the code.