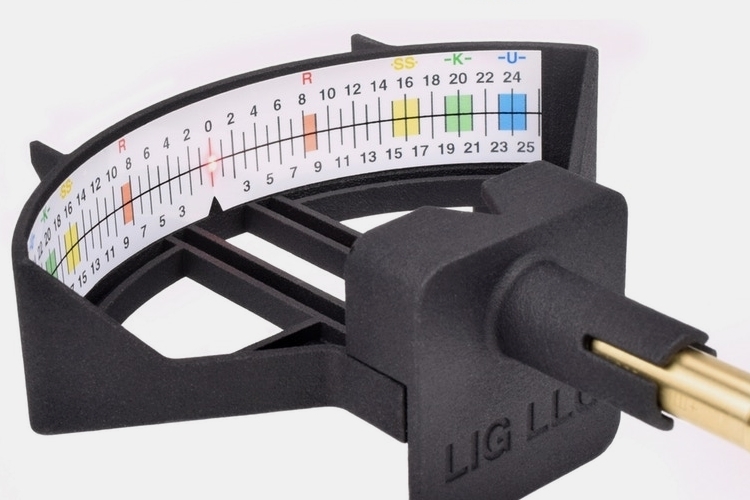 Sharpening a dull knife is easy enough if you have the proper tools on hand. Sharpening it to the same level consistently every time, though, is another matter entirely, since it’s not really easy to get an objective measurement of the sharpness of an edge. The Laser Knife Edge Reader wants to change that.

A handheld tool that lets you measure the angle of the edge you put on the blade, it gives you an objective criteria for determining a knife’s sharpness. That way, if you sharpen a blade in a way that produces the perfect cuts, you can measure it and try to achieve the same angle the next time you work on its edge. 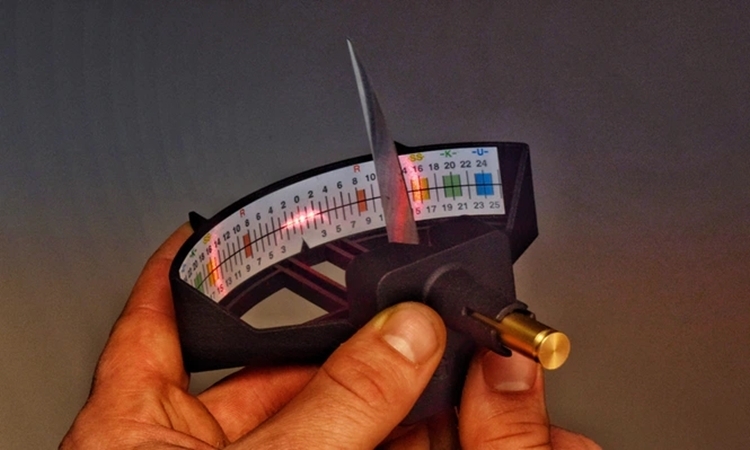 The Laser Knife Edge Reader is a simple but clever design that uses a laser pointer to beam light onto your knife, which will then reflect light towards an angle scale in front of it. You take the reading on the left side, take the reading on the right side, and add them up to get your knife edge’s angle measurement. The device is completely handheld, requiring you to hold both the tool and the knife at the same time, so you’re taking up both hands when doing a reading. We do wish they integrated a facility to steady the knife hands-free, which would probably make for a more accurate reading.

When inserting the knife into the tool, you need to make sure to put it right in the path of the laser with the thick edge facing the laser. The idea is the light will run down the sides of the knife, bending the reflected light to the way the knife tapers. This means, a well-sharpened knife should will make clean, curved reflections on both sides, while a dull (or badly-sharpened one) will make a fuzzy reflection. It can also measure double bevels accurately, provided you can make sure you’re holding the knife completely steady, straight down the middle of the laser. 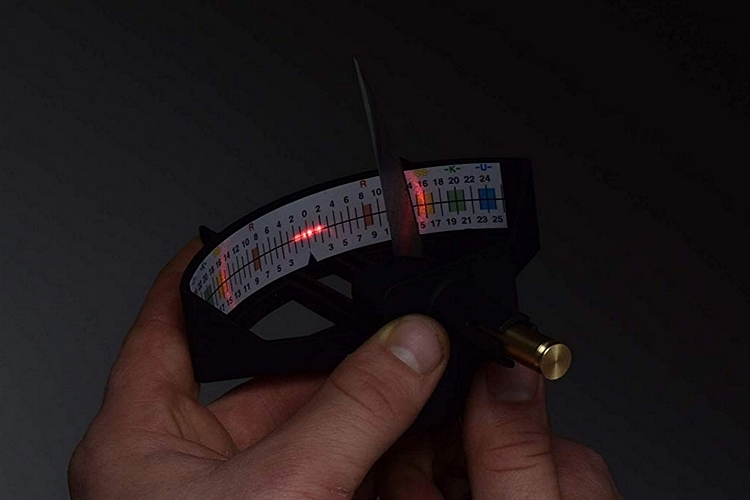 Is the Laser Knife Edge Reader the ideal measuring tool? Hardly. The fact that you’ll have to hold both the tool and the knife separately is quite cumbersome, apart from likely being difficult for those who can’t keep their hands steady. From what we can tell, it’s not easy to find a consumer-grade tool like it, with any equipment performing similar function usually being aimed at commercial users. That means, they’re expensive, making this the likely best option for regular users. 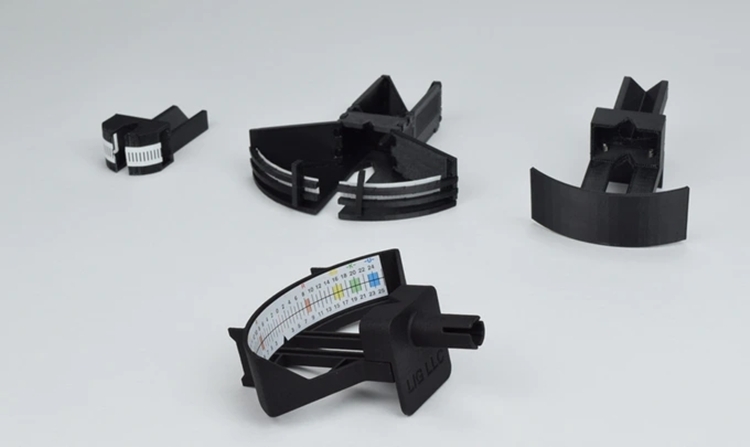 A 3D-printed version of the measuring tool has been available in Amazon for the last half of the year, which does, pretty much, the same things the new tool does, albeit with a clunky build and a third-party laser pointer included. This new version, though, will be factory-produced using injection-molded parts, so it should have a much better build, apart from having a better laser pointer. Plus, the volume manufacturing should make it much cheaper.

A Kickstarter campaign is currently running for the Laser Knife Edge Reader. You can reserve a unit for pledges starting at $40. If you can’t wait for the crowdfunded version, you can also use the Amazon link below for the 3D-printed variant.