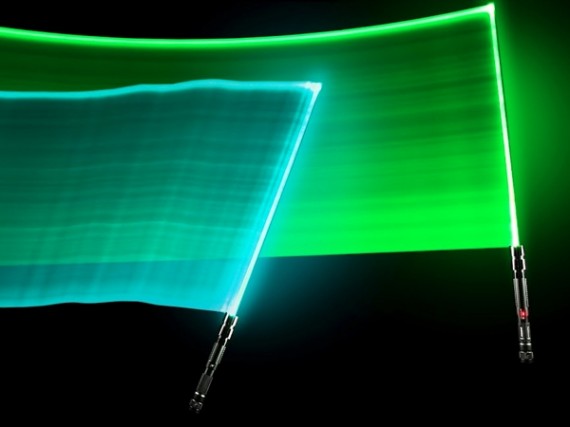 Remember those awesome handheld lasers from WickedLasers? Yep, the same ones that got the ire of the Star Wars franchise owners, leaving them with some legal matters to deal with a while ago? Well, they’re still at it — and bolder than ever.  This time, they’re selling the LaserSaber, an attachment to their handheld lasers that literally turns the high-intensity beaming devices into a lightsaber.  Yus!

Forget those plastic lightsabers you’ve been using to play Star Wars LARP at the abandoned junkyard.  Those things seriously look like a 4-year old’s toy next to this crazy contraption.  Finally, a way to make your Imperial showdowns look and feel more like the real thing. 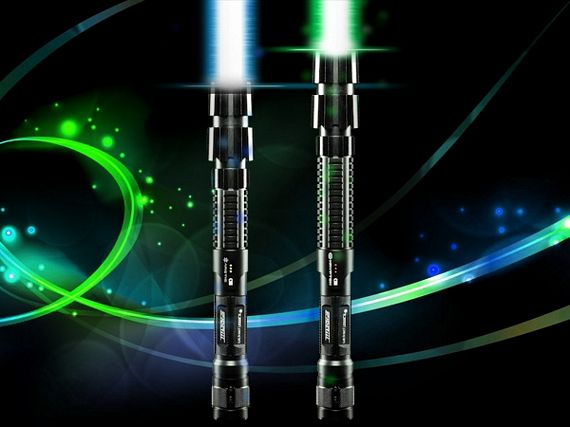 Before you can use the LaserSaber, you’ll need to have either one of the two Spyder 3 lasers from the company: the Krypton or the Arctic.  If you already own one (and have blinded multiple people with it), then you’re ready.  Simply bolt on the LaserSaber to the handheld laser, turn the beam on and you’re armed with a badass lightsaber, ready to save the day from another afternoon of boredom.

The accessory’s polycarbonate blade measures 32 inches long, with a hilt made from anodized aircraft-grade aluminum. When armed, the blade displays a smooth up and down lighting effect (similar to the movie lightsabers) that appears to cut through the air while you wield it.  According to WickedLasers, the effect is created by diffusing the beam using a built-in optical element before it enters the diffuser tube, which distributes the energy evenly along the blade.  Whatever they’re doing, it looks amazing and is almost certain to boost geek sales for the company’s handheld laser products.

The LaserSaber is available now, priced at $99.95.