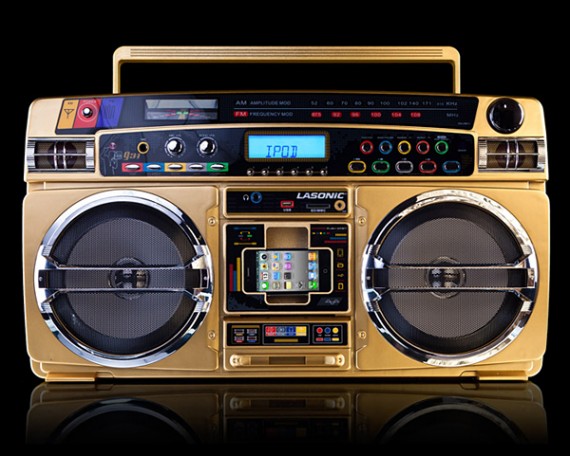 When modern companies try to update the boombox, they often do it with the same trim and sleek designs as modern gadgets tend to have (example: the TDK Boombox).  Which is an absolute travesty.  If you believe the boombox, an icon of 80s street culture, was meant to be as gaudy and trashy-looking as Cyndi Lauper in her heyday, then the Lasonic I931X is the modern ghetto blaster for you.

If you’re not familiar with Lasonic, they’re supposed to have had one of the more popular boombox models in Europe around the late 80s.  Obviously, whoever makes product decisions at headquarters never got over their love affair with the classic music player and we can’t thank them enough for bringing something this ridiculously awesome into our collective lives. 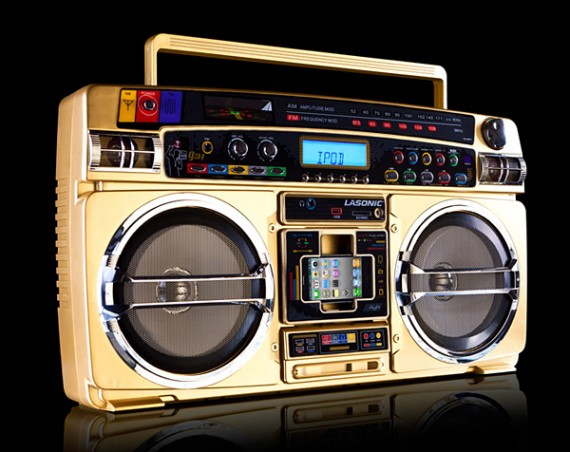 What makes the  Lasonic I931X so awesome?  Just look at it: shiny gold finish for its entire body, multi-colored panels of all kinds and an unapologetically unevolved design aesthetic straight out of the 80s.  The tape deck in the center has been replaced with space for your handheld iOS device, which you can dock in either portrait or landscape mode.

For non-Apple consumers, don’t fret — you can still load music via a 3.5mm slot, a USB port and an SD card slot.    It features a pair of 15W speakers to blare out those block-rockin’ beats, an AM/FM radio tuner, mic input, headphone output, alarm clock, a small LCD strip, multiple controls for adjusting sound, a wall plug and a battery slot .