Lazareth LM 847: This Motorcycle Runs On A 470-HP Maserati Engine 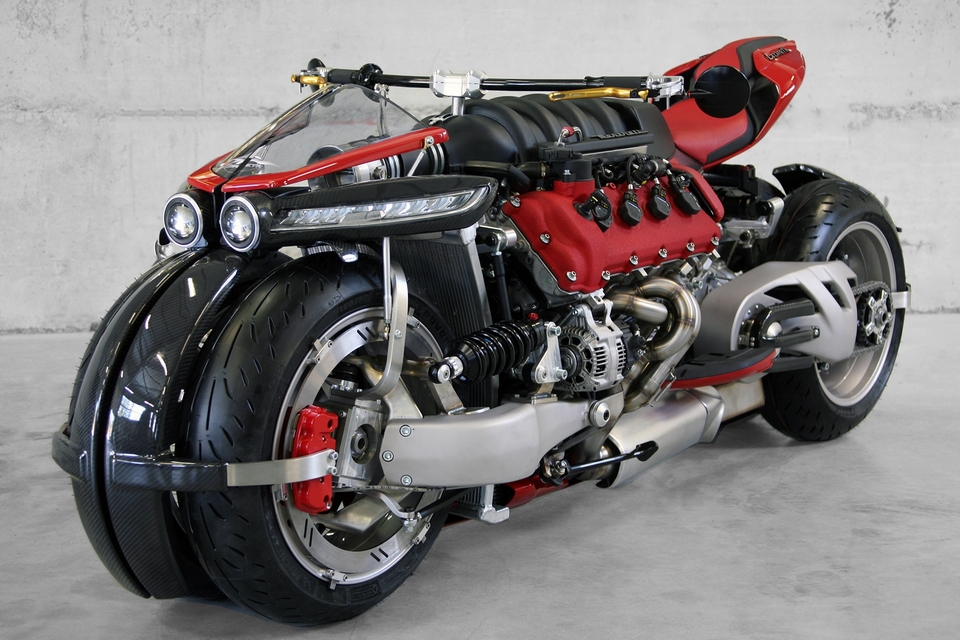 Yes, that monstrosity is a motorcycle. And, yes, it’s meant to burn rubber on the road, even though the darn thing looks like it can fly. But that’s about where the similarities with other motorcycles end. 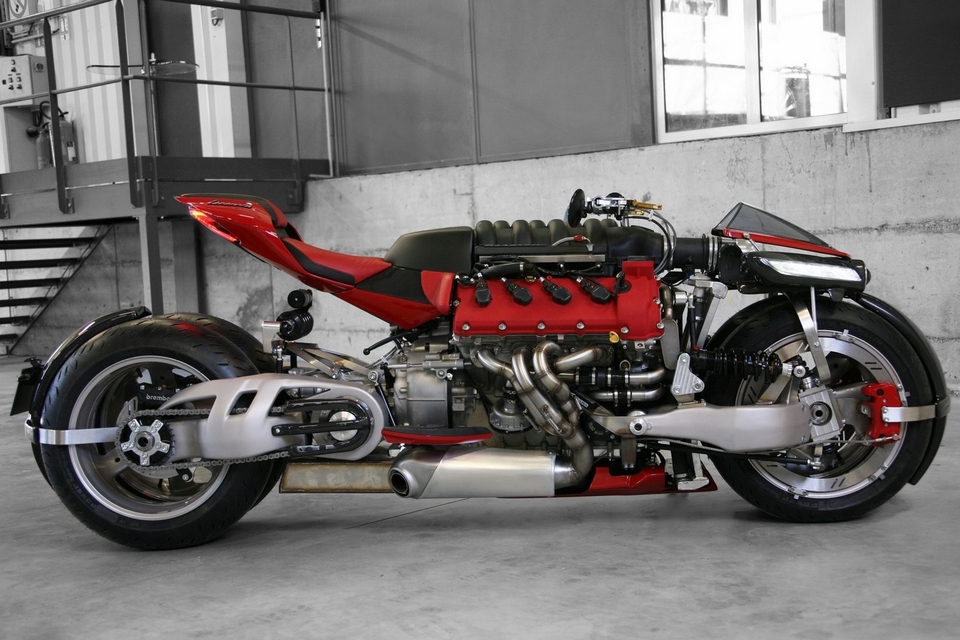 The Lazareth LM 847 houses the same 4.7-liter V8 from the Maserati Quattroporte, which sends a whopping 470 horsepower to the tire out back. Since a single wheel isn’t likely going to handle that much power, it comes with two, each with its own separate chain drive and a single-sided swingarm, although they share just one TFX rear shock that’s mounted transversely. Another pair of swingarms sit out front, each holding its own hub-steered wheel, shocks, and rim-mounted brake. 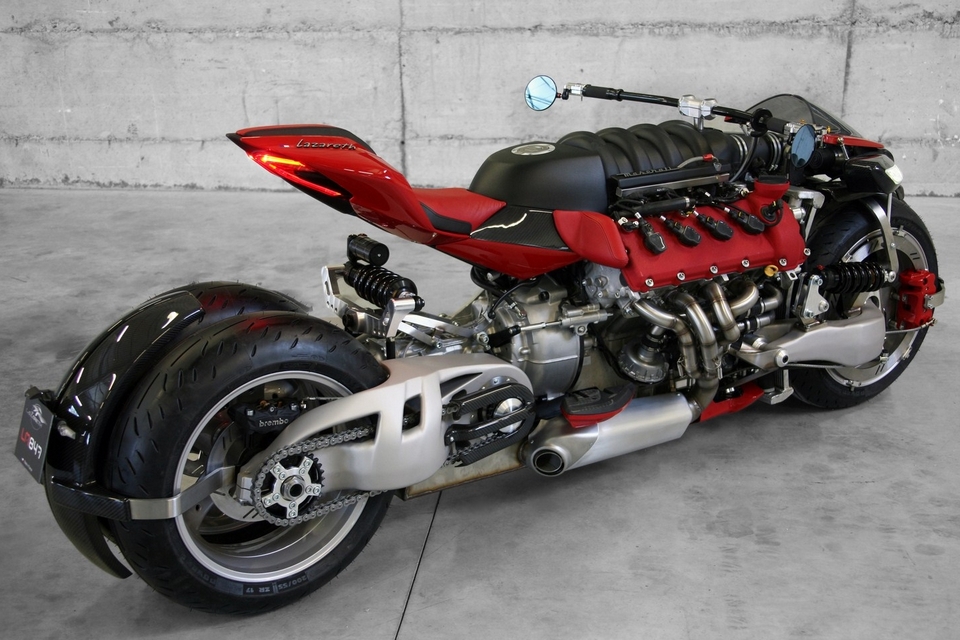 So, yeah, it’s technically a quadcycle, with a tilting design that should help the rider lean the bike into tight corners. As you can imagine, this is no small motorcycle. In fact, it measures a whopping 8.5 feet long and weighs over 880 pounds, so good luck to anyone brave enough to ride it. Heck, it even comes with handlebars that are probably the widest ones you’ll ever see on a motorcycle, so we’re guessing this is going to be hell to steer. Like we said, good luck. 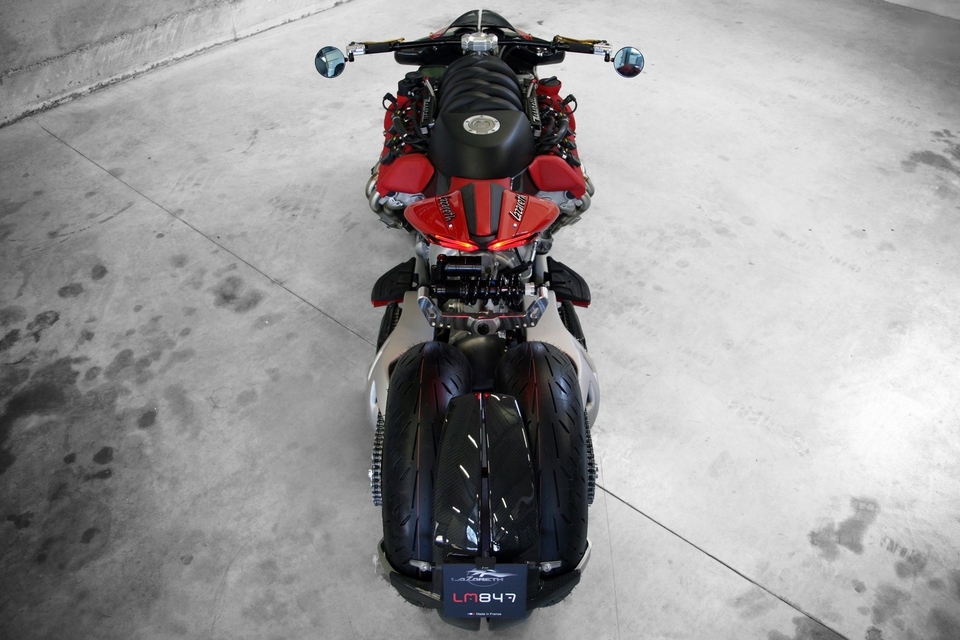