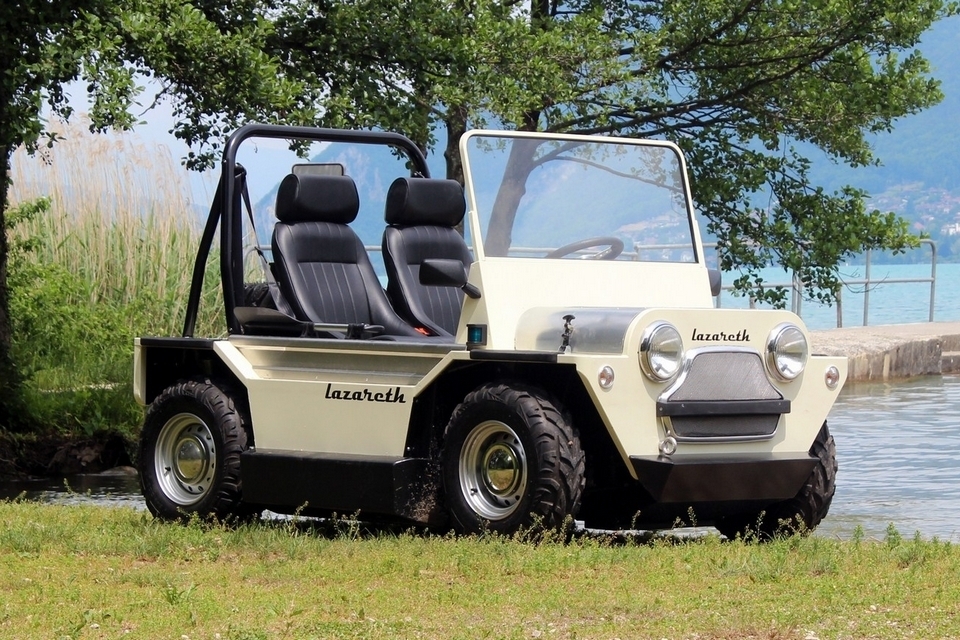 Despite having ceased production for over 24 years, the Mini Moke has remained a cult favorite, with plenty of kit cars and lookalike models still selling out in the wild. Heck, someone’s even in the process of making an electric Mini Moke. Lazareth is one of the companies still making replicas of the cult favorite and they’ve got one that makes the quintessential beach buggy just a little bit better with the Moke Amphibious.

That’s right, an amphibious Mini Moke that you can drive around in the sand and keep driving even after you’ve already hit the water. Whether you want to drive on the water to get around a rocky section of the beach, island hop with a friend in tow, or drive over to a yacht party a couple of miles from shore, this thing allows you to make the trek without abandoning your regular beach ride. 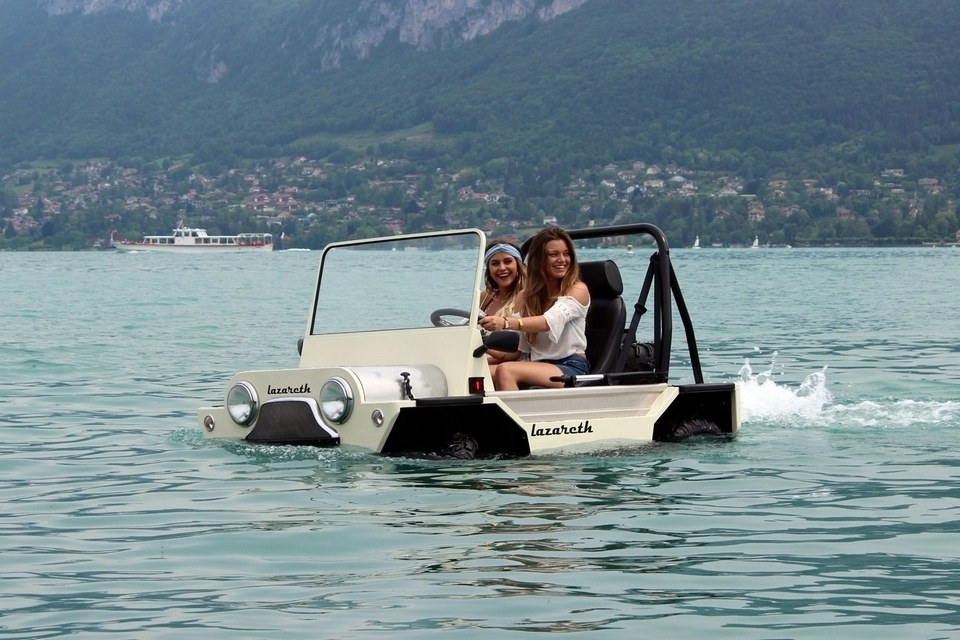 The Lazareth Moke Amphibious actually looks like a smaller version of the original Mini Moke, taking out the second row of seats in the back, giving the beach buggy a shorter profile. That redesign allows them to keep the vehicle’s weight on the low end of the scale at 970 pounds, despite the added weight likely put on by whatever modifications were needed to turn it into a functional boat. Of course, that means you also lose the cargo space in the back (it’s way smaller than with the original), making it a little less useful if you want to drive around the beach with a large cooler full of refreshments.

Under the hood, the vehicle is powered by a 400cc four-valve engine, which allows it to drive at top speeds of 56 mph. We know, that’s not exactly exhilarating, but most people get a beach buggy for leisurely drives along the seaside instead of racing like a maniac on the sand. It also operates as a four-wheel drive when driving on land, so it should handle any beach terrain without any problems. In the water, it relies on an integrated propeller to send it moving forward at top speeds of just seven knots (8 mph). 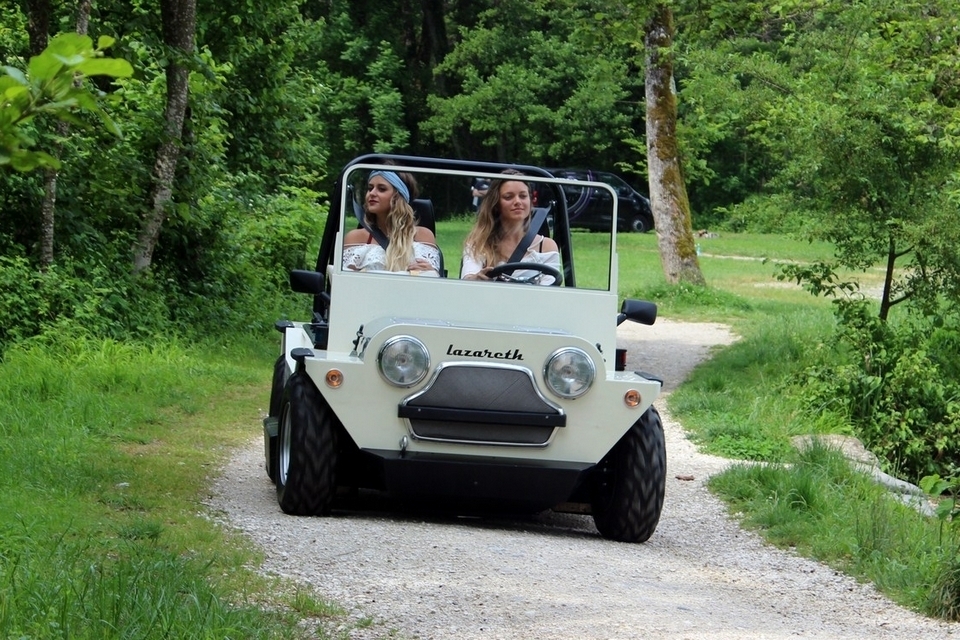 In case you’re curious how the Lazareth Moke Amphibious manages to float, that part is made possible by the vehicle’s body. You see, the body panels are cut in aluminum both inside and out, although inside, the metal exteriors sandwich a layer of closed-cell foam, the same type used by some boats to help with floatation. So, yeah, this thing should safely carry you through the water, much like any small boat you’ve ever tried riding. 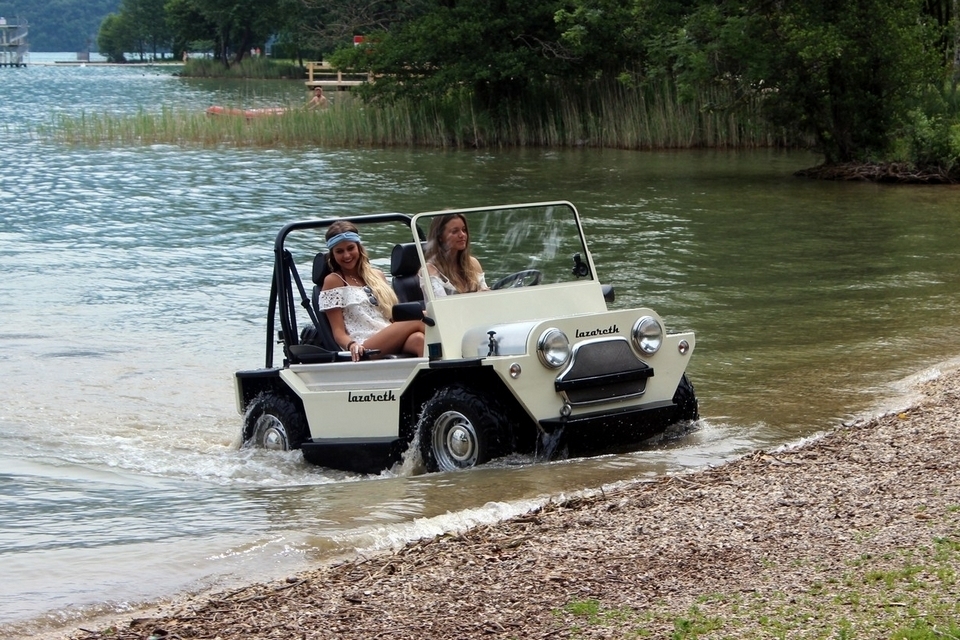 Apart from that, there’s not much word on any modifications compared to traditional Mini Mokes. It’s probably safe to assume, however, that they used marine-grade components for the rest of the vehicle, since, you know, this thing will be exposed to serious amounts of saltwater and nobody likes a rusting beach buggy. 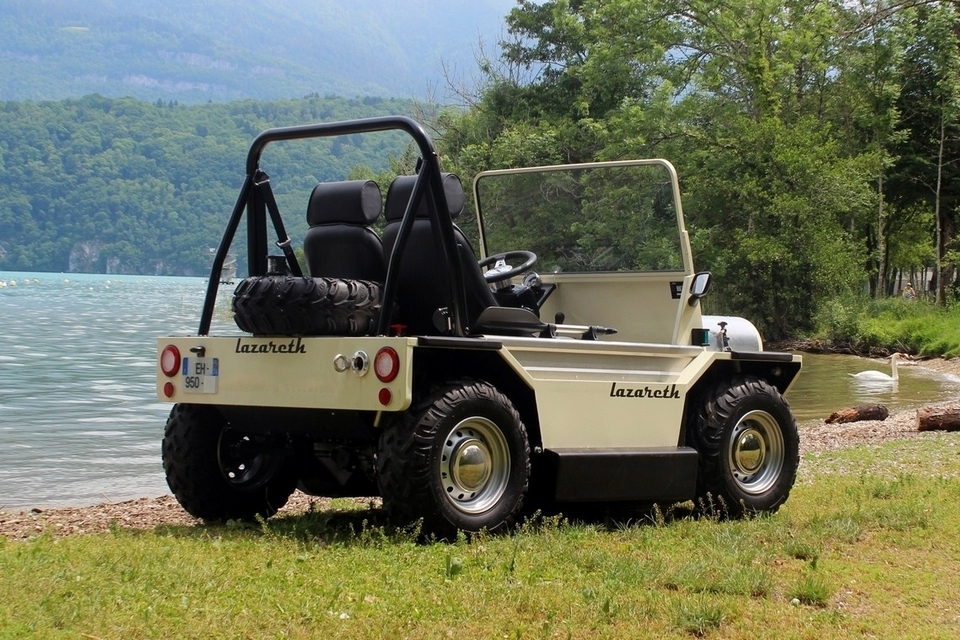 No word on pricing, but the Lazareth Moke Amphibious is available now from the French outfit as a made-to-order vehicle.