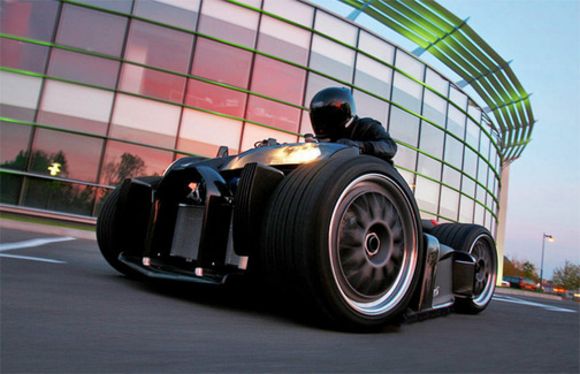 What’s not a bike, not a car and costs as much as many supercars?  In the world of motoring, that has to be this beastly-looking quad bike, a 500bhp behemoth from French bike builder Ludovic Lazareth.

Powered by a supercharged BMW V12 engine, the Lazareth quad bike looks more ominous than most superhero cars we’ve seen.  Hell, the Green Hornet will look like a pansy on his ride, revving on the road next to you (considering it’s Seth Rogen playing the masked hero, that’s not saying much, but still).

Apparently dissatisfied with simply giving it a V12, he’s running the quad on E85 fuel (an 85% ethanol, 15% gasoline blend), which allows for higher compression ratios for even more power (it has nothing to do with being green, at all).  The current incarnation of the ride can actually only go up to 350bhp, but actual production units will get a turbocharger that will fill in the remaining 150bhp.  If that doesn’t define power-hungry, I don’t know what does. 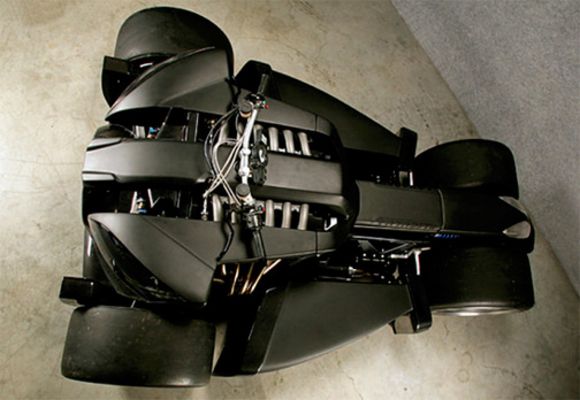 Surely, this ride will kill you, right?  Not so, according to the creator, who maintains that the narrow rear track will provide you with adequate straight line traction, helping to keep the torque from flipping the ride and dumping you on your head.  The wide front track should also help provide lateral stability, which is of utmost necessity when you’re working the steering aggressively at high speeds.  Of course, all of that only translates to the likelihood that you’ll really die while riding this, temporarily saved, perhaps, by being extremely careful with the throttle and quick with the counter-steering.

The price for this monstrosity?  Lazareth is offering it for $283,000.  Make sure to get comprehensive life and accident insurance before delivery.