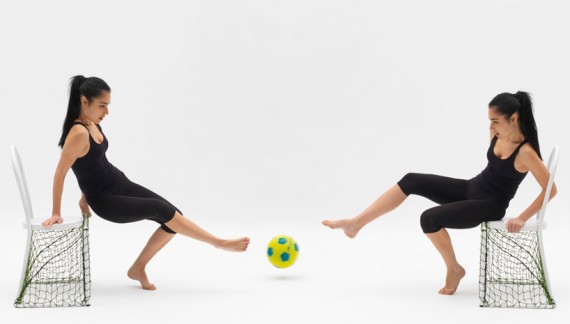 When I was a kid, I did plenty of things to turn standard household fare into toys.  Buckets became basketball hoops.  Plastic plates became frisbees.  And throw pillows became ladder sleds.  Somehow, though, I feel like I missed out on turning chairs into soccer goals like the Lazy Football Chair does.

Designed by Emanuele Magini for Campeggi, it’s just a simple chair with net wrapped around the legs.  While dead easy, that little tweak just turned the chair into a proper goal — one that I’m optimistic can make for hours of fun (and broken stuff) with a soccer ball and lots of imagination. 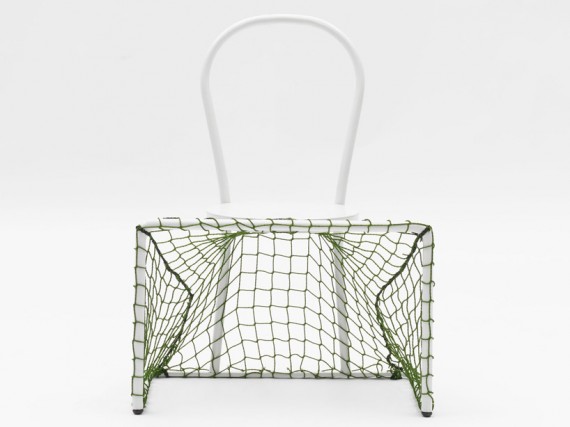 Presented at the Milan Design Week 2012, the Lazy Football Chair is made from metal and dressed in plain white paint.  The distance between the front legs of the chair has been widened to accommodate the encouraged gameplay, with a metal base connecting all of the legs for increased stability (so the chair doesn’t fall off when you hit a goal too hard).  The creator encourages a seated game of 1-on-1, where you each try to kick a ball into the other person’s goal, which sounds a little too messy for me (oh my, the marks that game will leave on your hardwood floor).

If you’ve ever bought one of those toy soccer goals for your kids, this looks like a way better alternative.  Even better, you can make it a weekend project with the little ones, converting an old chair into a soccer goal for even more quality bonding time.

No word on where you can buy the Lazy Football Chair, but we’re guessing wherever Campeggi sells their limited-edition expensive wares.