Leatherman Tread Tempo Adds A Watch To The Bracelet Multi-Tool 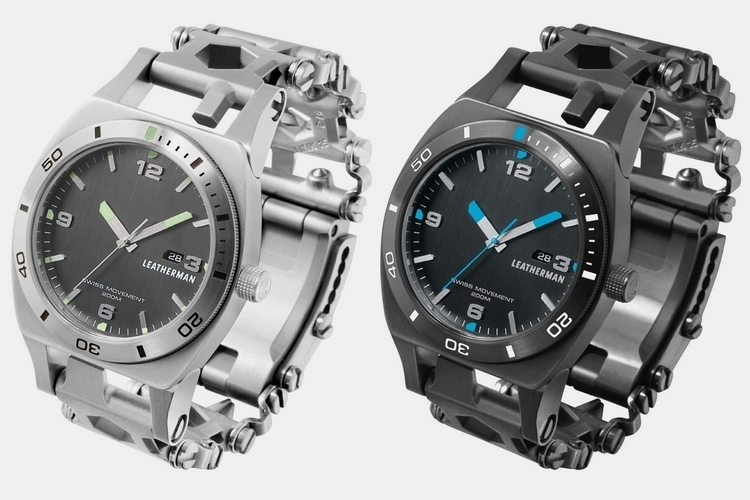 When Leatherman first released the Tread wearable multi-tool in 2015, they also announced plans to release a version that comes with an analog watch. Well, two years has passed and they’re finally releasing the watch version in the form of the Leatherman Tread Tempo.

Like the original Tread, the timepiece comes with a band that uses stainless steel links, each of which can serve as a different type of tool. And, yes, it’s fully compatible with the original bracelet multi-tool, allowing you to swap any of the links from your Tread to the bracelet on the watch. 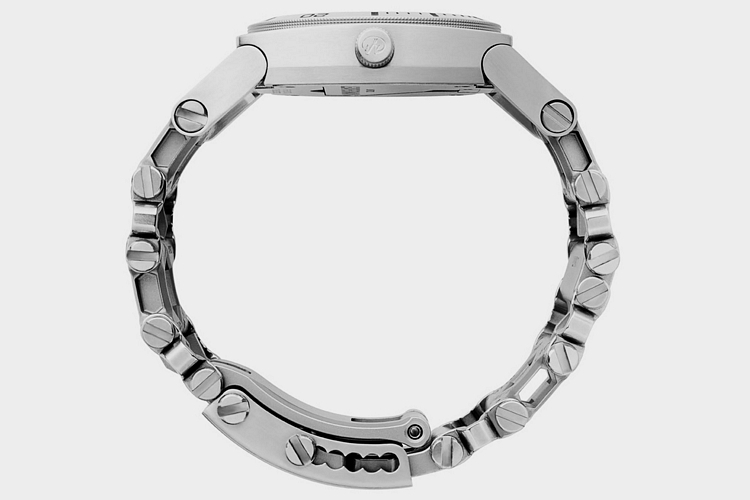 The watch on the Leatherman Tread Tempo is actually a fairly standard analog timepiece, with a designed reminiscent of common tool watches. It has a full analog dial with a date window at the three o’clock position and a bezel that’s marked with a standard 0 to 60 dive scale. According to Leatherman, the watch is Swiss-made, although it’s only powered by a quartz movement, so it’s not quite in the same league as your classy Swiss timepieces. Other features of the watch include a domed sapphire crystal with a scratch-resistant coating, glow-in-the-dark hands and hour markers, and a water resistance rating of 656 feet, so you can wear this while swimming and diving without any problems.

The bracelet, which is made from 17-4 stainless steel, comes with six links, along with a buckle, so you can put it on and off in a straightforward manner. Each watch comes with three extra links that you can swap in place of any of the current links, while a detachable screwdriver on the back plate allows you to quickly loosen and tighten the links. The wristband size can be adjusted in quarter-inch and half-inch increments, with the clasp able to adjust by an eighth of an inch if needed. The watch, along with the band, comes in either stainless steel or black finishes, with the former looking just a little dressier than the sportier aesthetic of the latter. 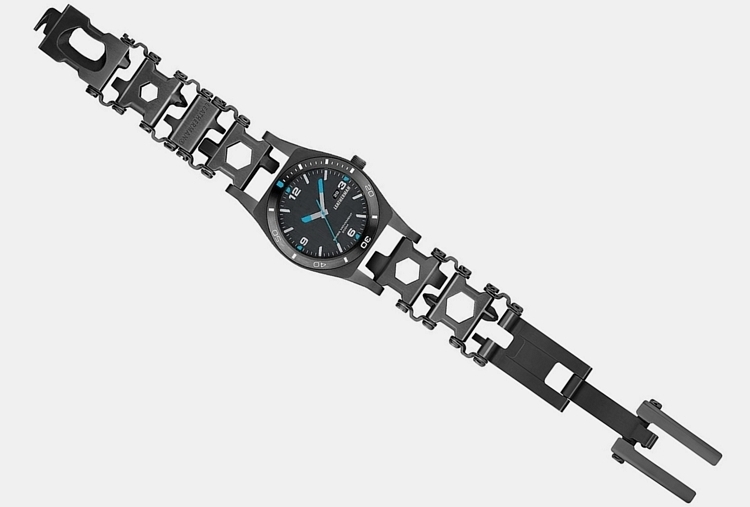 As for the actual tools, the default links on the Leatherman Tread Tempo include a 3/32-inch screwdriver, a 6mm hex driver, a 4mm hex drive, a #3 square driver, a #1 square driver, and a Pozi-Driv #3. The backup links that come with the watch, on the other hand, include an 8mm box wrench, a Pozi-Driv #2, and an 11mm box wrench. And, yes, all the available links are TSA-friendly, so you can wear this when traveling without running into more delays at the airport. 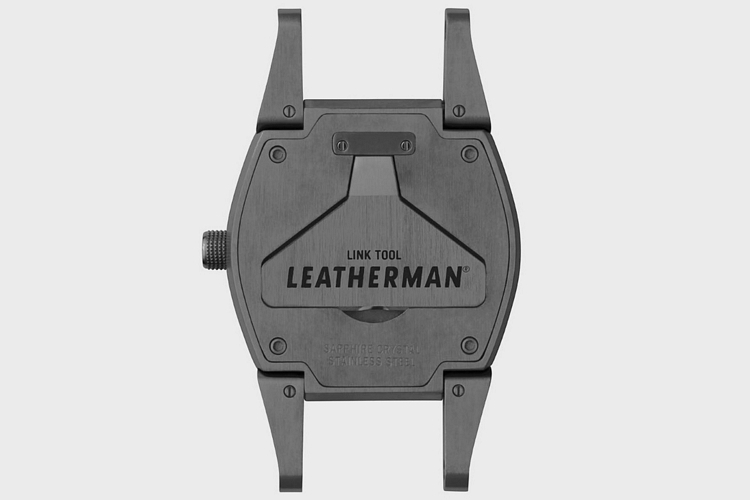 According to Leatherman, the actual plan was to release a watch version shortly after the original band. Except, once they conducted stress testing, they found out that the watch they created could not handle the torque placed on the link tools whenever they’re used to actually fix stuff. As such, the engineering team ended up going back to the drawing board to ensure that their design will allow the watch to withstand heavy-duty use.

Slated to be available this year, the Leatherman Tread Tempo is priced at $575.