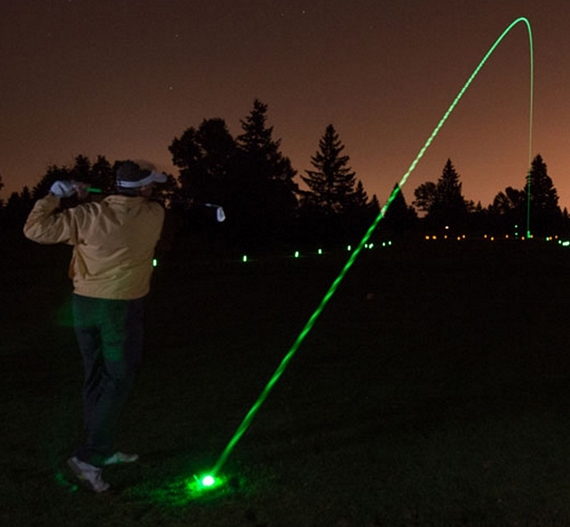 Think golf is boring?  Well, that’s to be expected.  After all, the only things you find cool are lasers, magnets, and blinking LEDs.   And golf has none of that (strangely cool Golf Bike, notwithstanding).  At least, that’s what you thought because you’ve only tried playing during the day.  Hit the course at night with these LED Golf Balls and we’ll bet you’ll have a change of heart.

Made by Night Sports USA, it’s a golf ball with embedded LEDs that switch on as soon as it detects being hit, drawing a light-up line throughout its trajectory that makes the whole thing look like a laser projectile shot out of an alien warship.   Not only does it make a ball flying in the air immensely cooler, it makes finding where your ball landed a whole lot easier, too, making for an equally useful golf ball replacement for night time play. 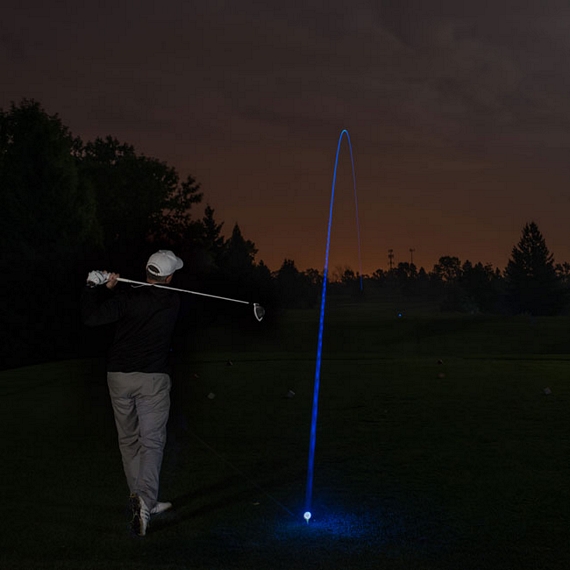 The LED Golf Ball is an 80 compression multi-layer ball that boasts the high performance aerodynamics, control, accuracy, feel, and distance that you expect from professional-quality round dimpled things that you smash with clubs in the fairway.  After lighting up on impact, it keeps the LEDs switched on for eight minutes straight (eight minute cycle is reactivated every time it’s hit), so you can take your sweet time walking to wherever the ball landed.  It comes in four different LED colors (red, blue, green, and white), with an onboard battery that can light it up for a total of 40 hours. 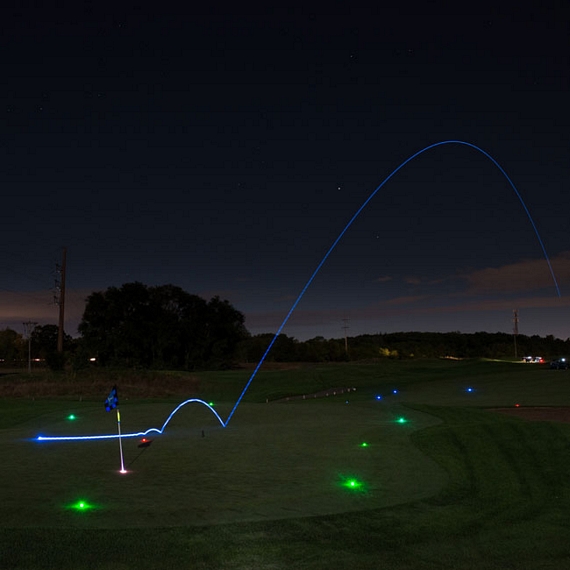 Available directly from Night Golf USA, the LED Golf Ball is priced at $29.95 for a set of four.