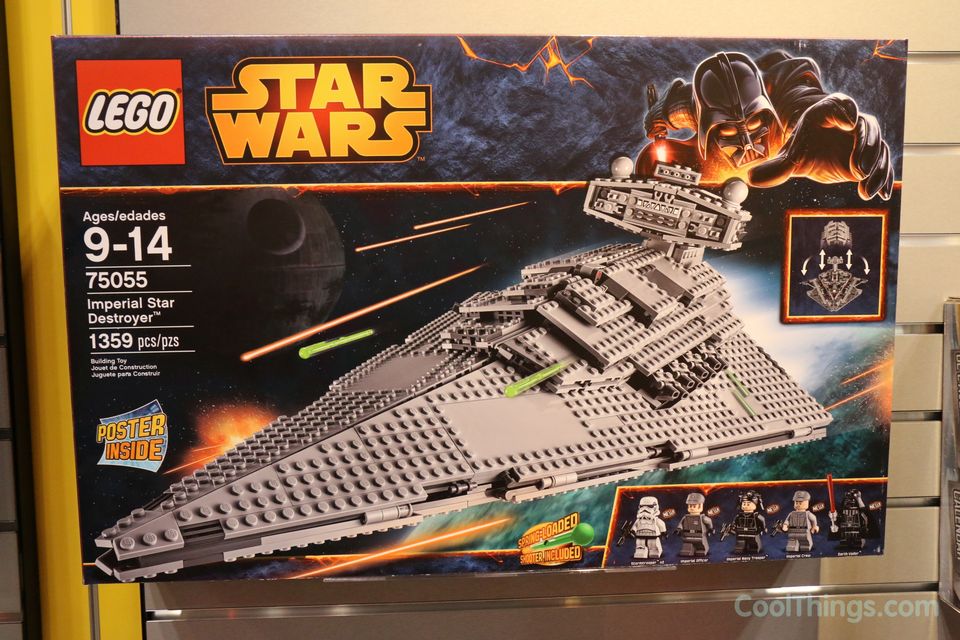 While the new batch of toys in LEGO Star Wars line didn’t seem to include really small models, smaller still appears to be the rule of the day for majority of the sets.  The same thing holds true with the LEGO Imperial Star Destroyer 75055, currently on hand at the 2014 New York Toy Fair.

General build is similar to the 6211 Imperial Star Destroyer from 2006, although this one is slightly smaller.  Top is designed to come off quicker for easier access to the cabin, the side portions open out more sternly, and the whole structure just feels a little more durable than previous sets of the same signature vessel of the Imperial Fleet.

The LEGO Imperial Star Destroyer features eight cannons with spring-loaded shooters connected to a rotating outside handle, making for plenty of entetaining gameplay during battles.  Set is made up of 1,359 pieces, including an integrated handle for easily carrying the toy around.  Six minifigs are included, namely a Darth Vader (new 2014 redesign), an Imperial Crew member, an Imperial Army Trooper, a pair of Stormtroopers, and the hologram emperor, Palpatine. 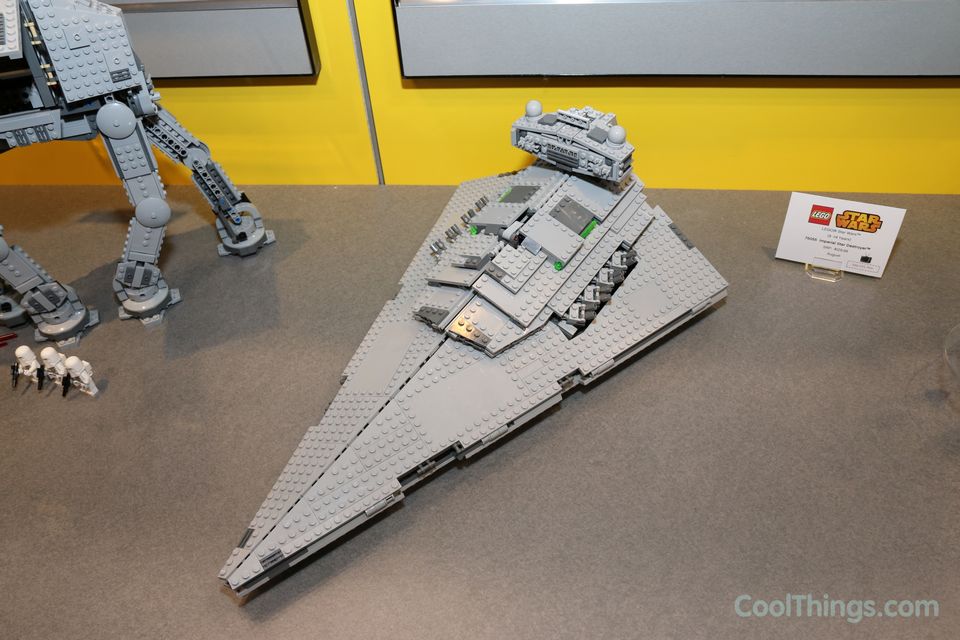 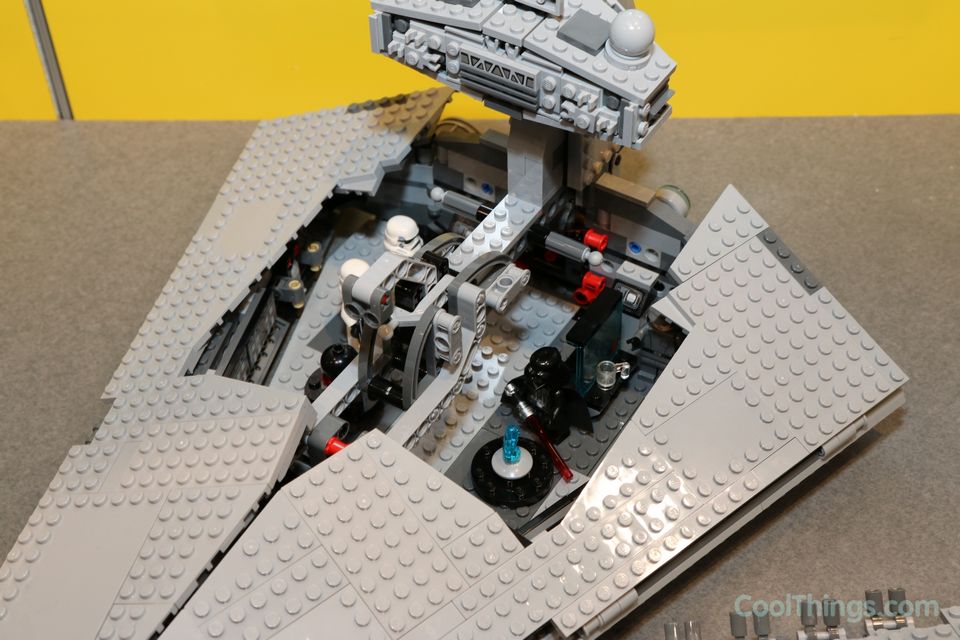 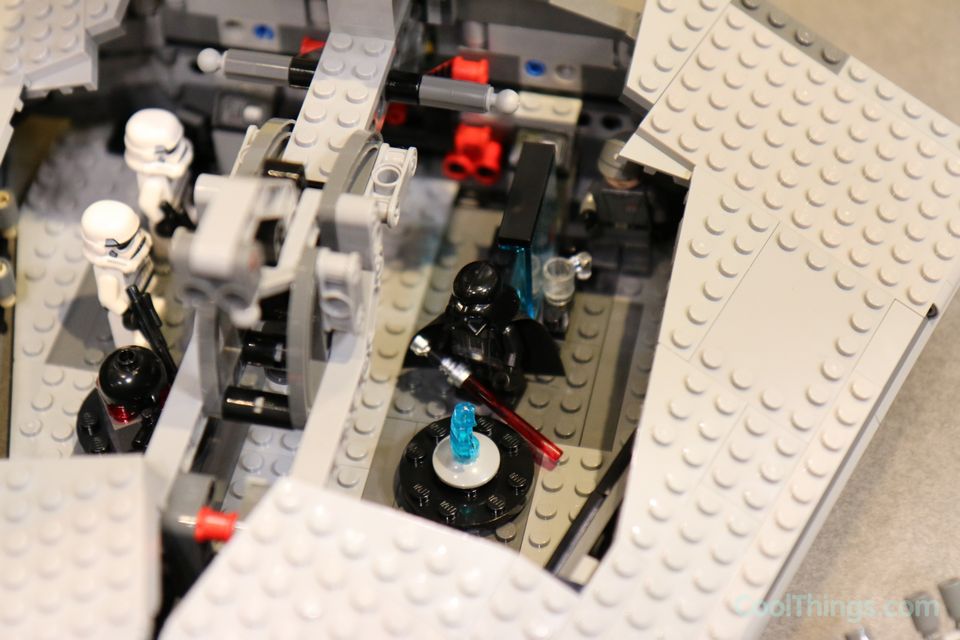 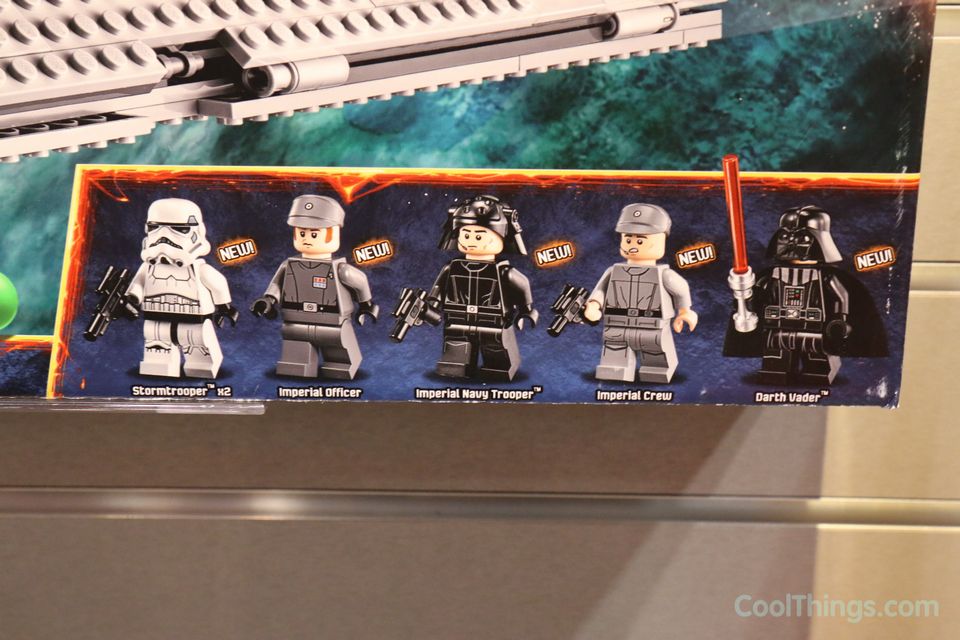 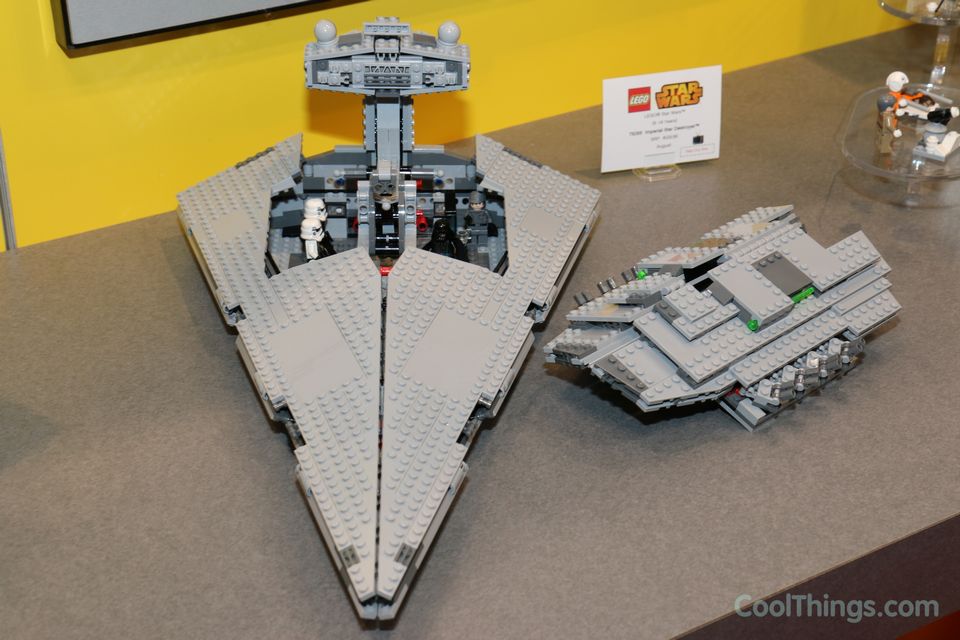 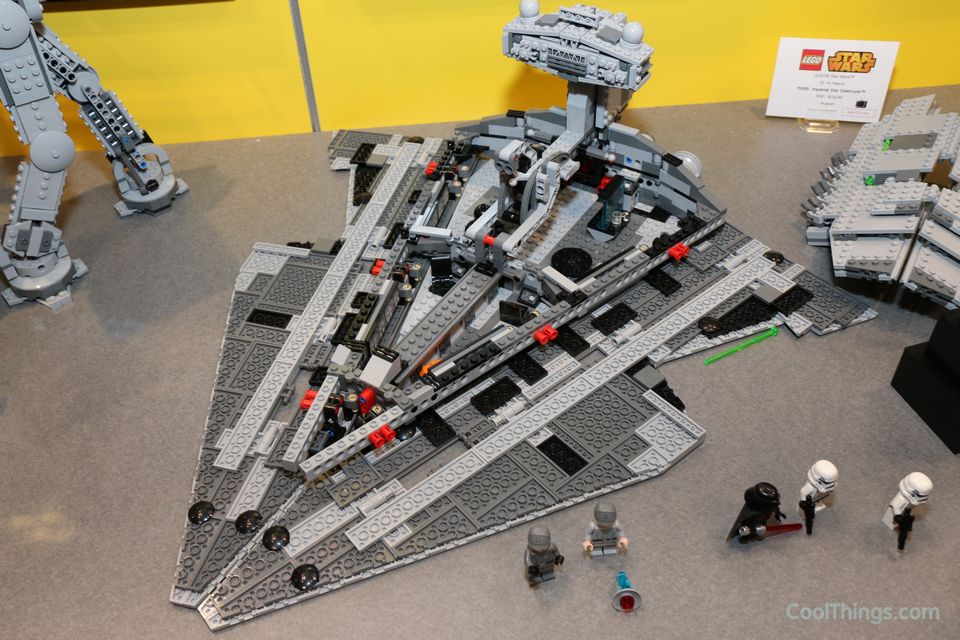 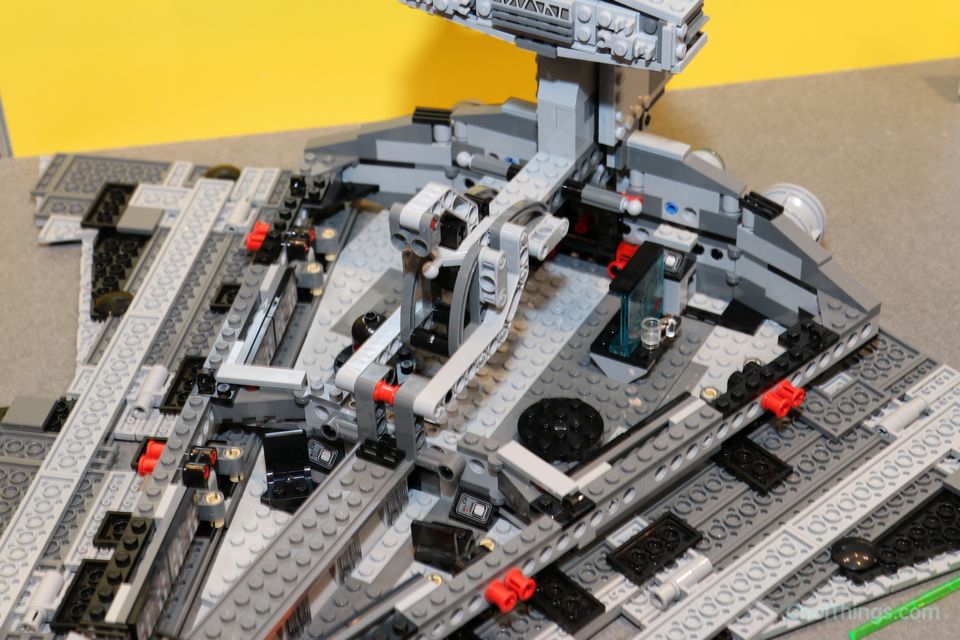 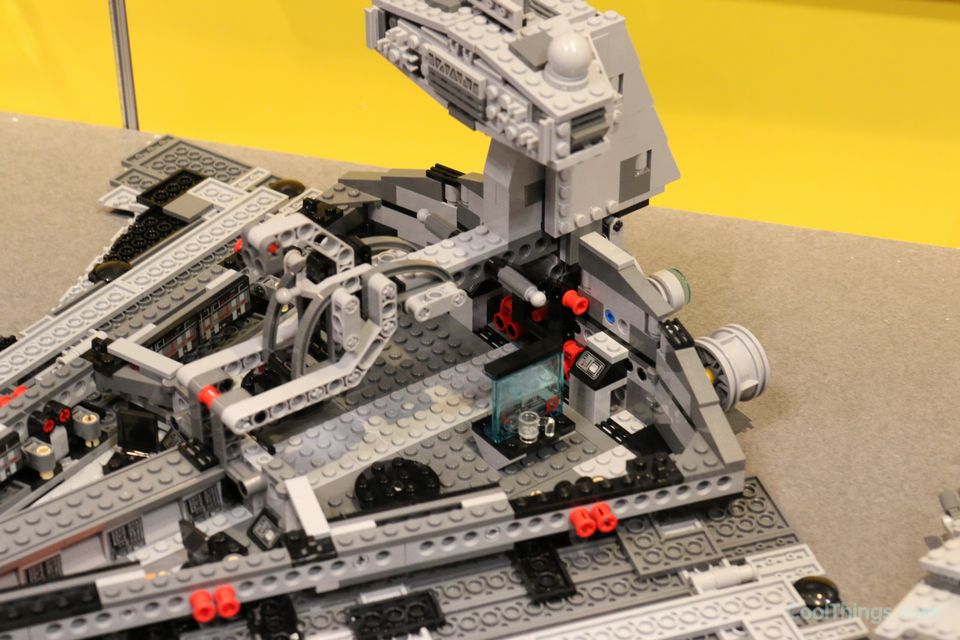 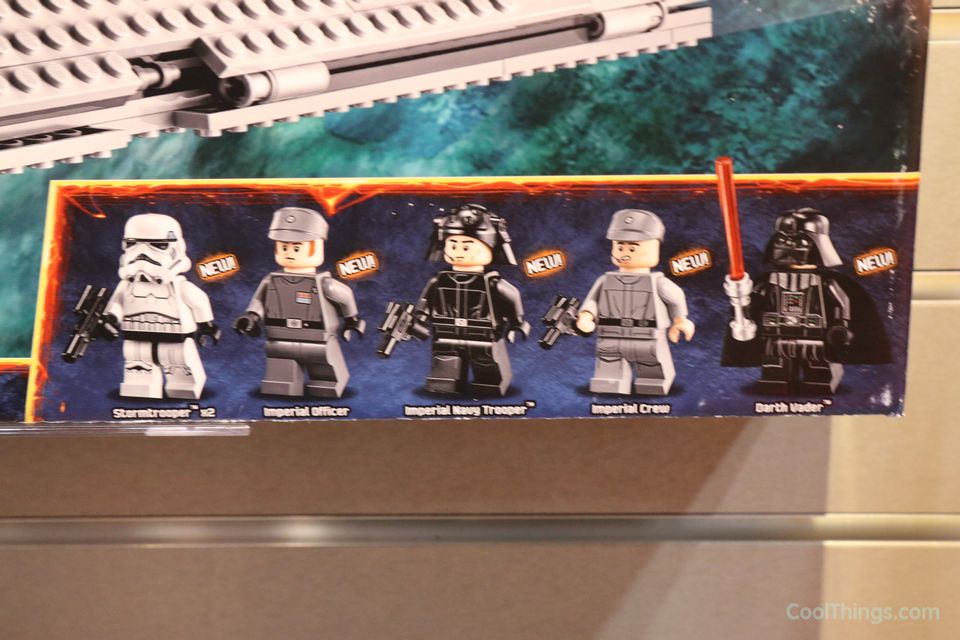 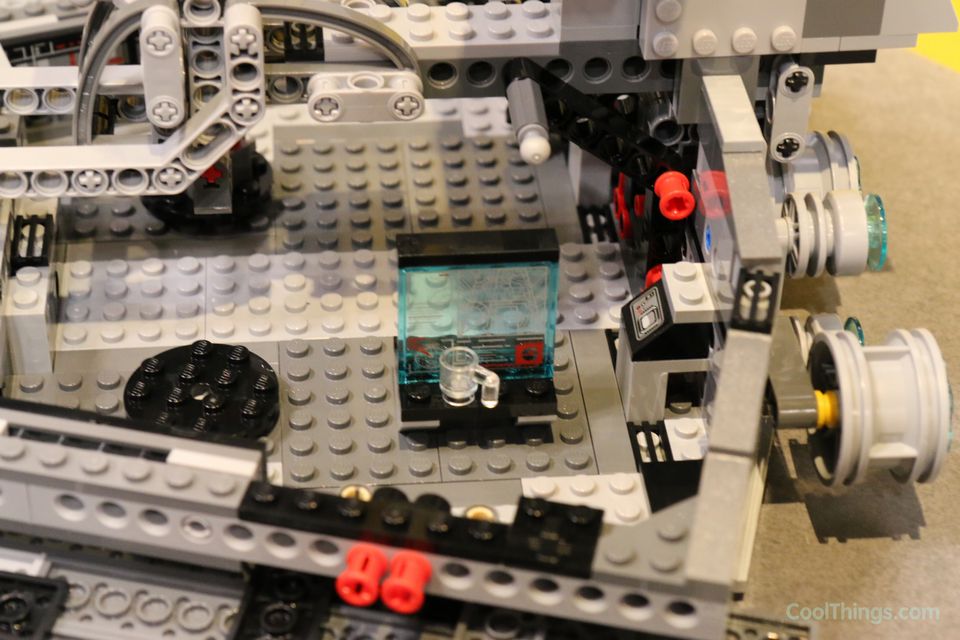 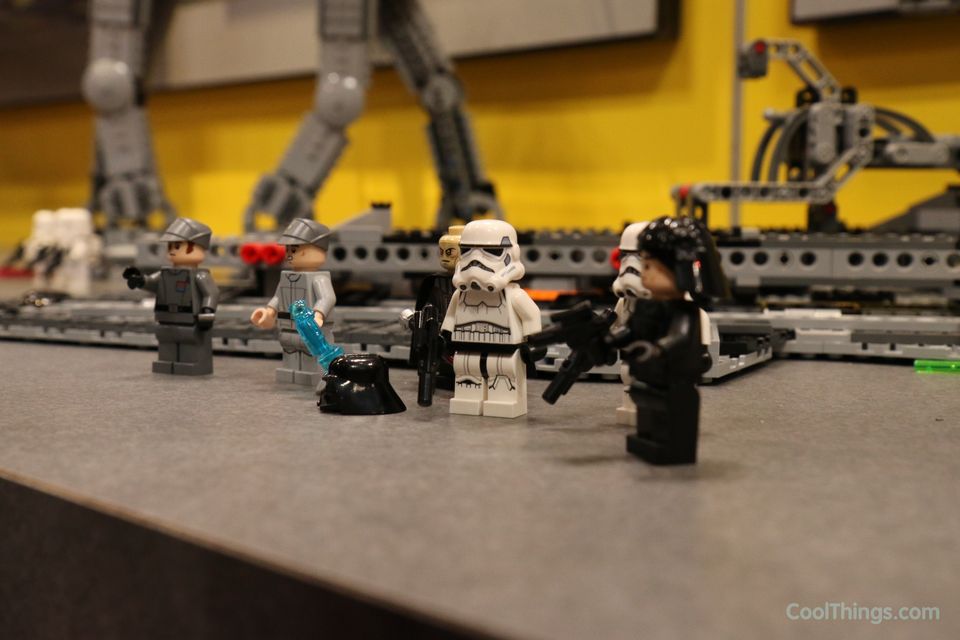 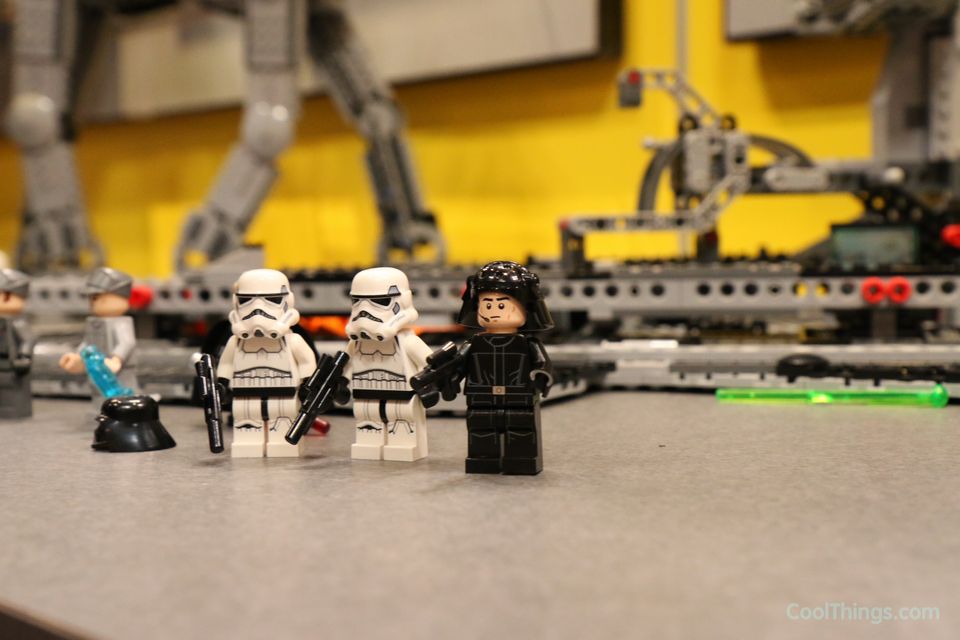 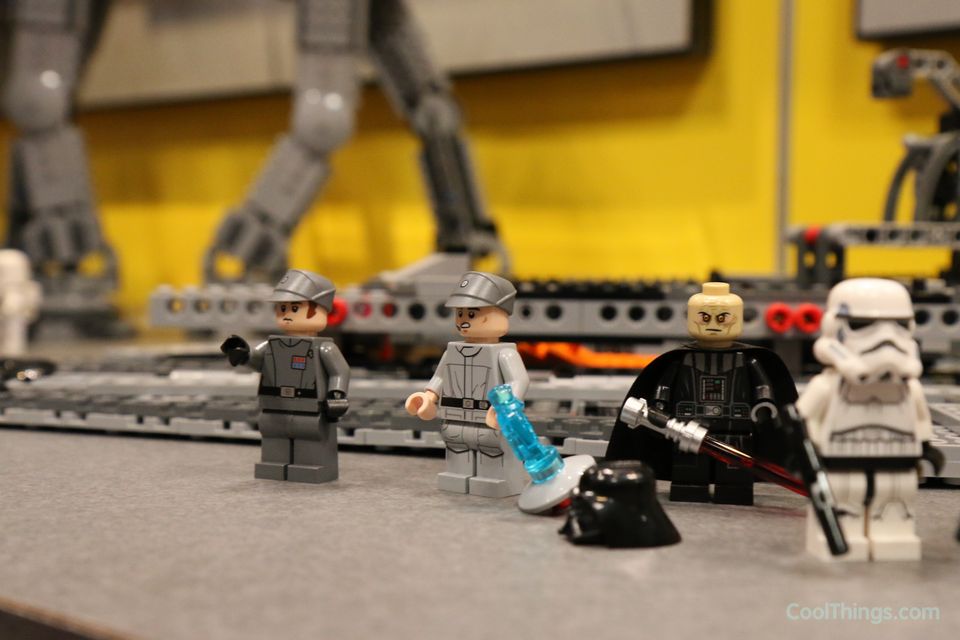 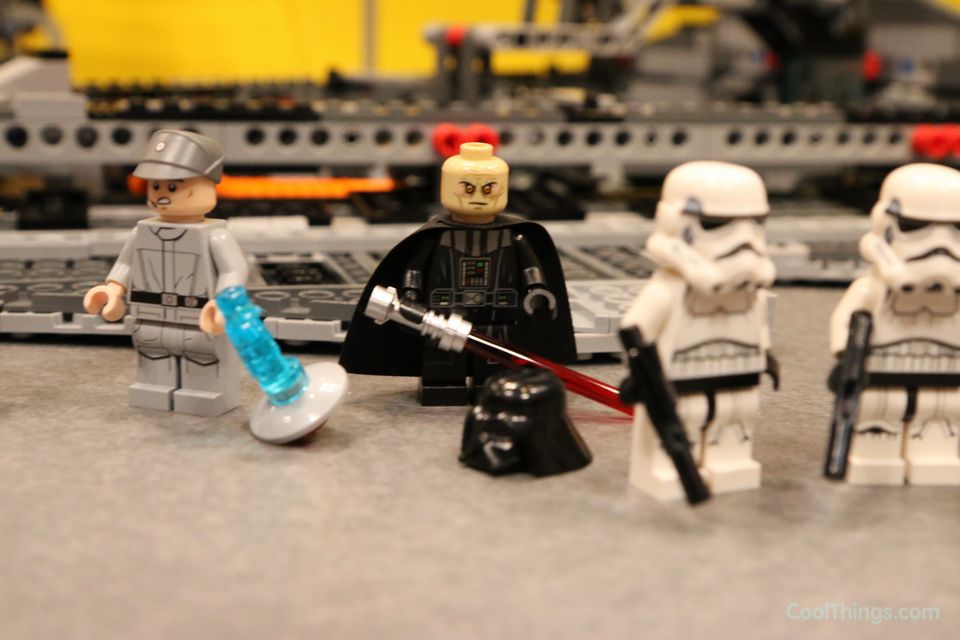