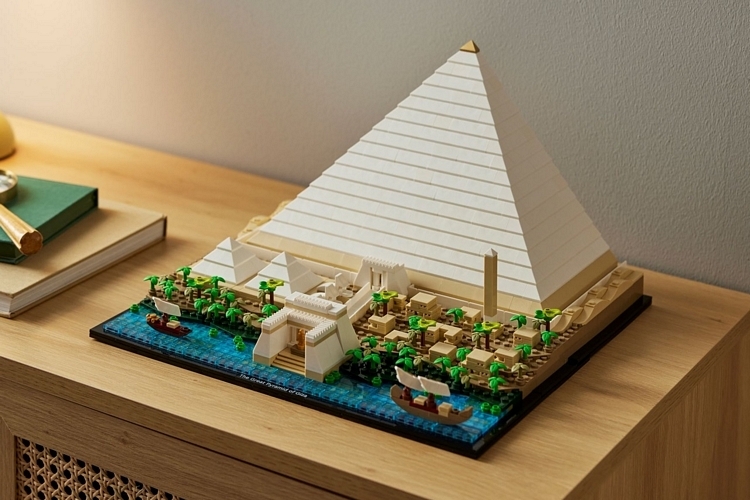 Whether you dream of resurrecting Egyptian gods, finding buried treasures, or fighting a haunted ancient skeleton, ancient Egypt is a place ripe for the imaginative mind. There’s just something so unique about the culture, the architecture, and the whole visual of that time and place. No, you probably wouldn’t want to be alive in that period, but it’s fascinating to learn about all the same. Hopefully, you’ll be just as fascinated recreating Ancient Egypt’s greatest wonder with the LEGO Architecture Great Pyramid of Giza.

That’s right, LEGO Architecture’s newest set lets you build one of the seven wonders of the ancient world, so you can relive ancient Egypt in tabletop form. Want to have your minifigs build the pyramid like ancient Egyptian masons while you order them around like a pharaoh? Yes, you can do that. How about turning the pyramid into an ancient alien structure guarded by an AT-AT? Yeah, that sounds fun. 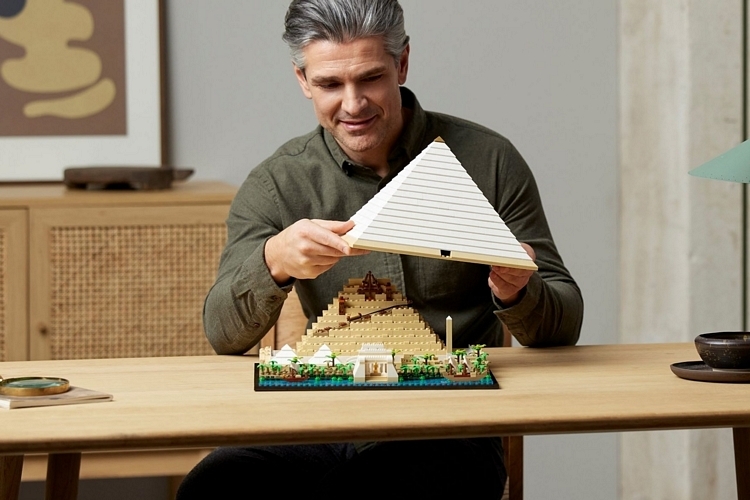 The LEGO Architecture Great Pyramid of Giza recreates the pyramid at the height of its glory, so the entire façade is encased in highly polished blocks of white limestone, the way it actually looked shortly after it was finished. Of course, that makes it very different from the way it looks now, after time has taken its turn weathering the darn thing and stripping off all the shiny parts. They even topped it off with a golden obelisk, so it shines at the pinnacle like the greatest wonders should. That shiny white limestone façade can be removed, by the way, allowing you to see the inside of the pyramid.

Do note, the model doesn’t let you build a full pyramid. Instead, it creates half of the pyramid, which they did so you can build a cross section that reveals all the main tunnels and chambers that adventuring archaeologists explore as they search for the pharaoh’s treasures, only to find elaborate traps that nearly kill them every step of the way (don’t worry, they miraculously survive just in the nick of time). According to LEGO, the inner structure also integrates the engineering system that many believe the Egyptians used to move huge stones during the pyramid’s construction. 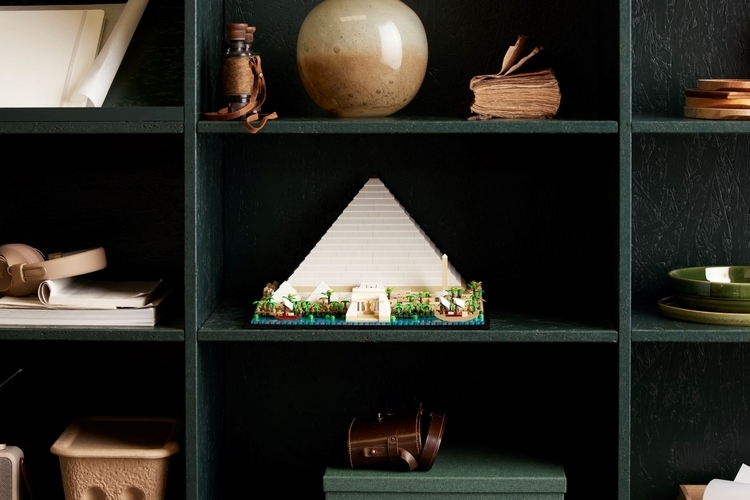 The LEGO Architecture Great Pyramid of Giza also takes some liberties about the surrounding area of the pyramid, so they integrated the River Nile, a couple of mortuary temples, a couple of smaller pyramids, and more into the model. If you want to build a full-size pyramid, by the way, you can buy two and combine them, putting the cross-sections together. Hey, if you want to recreate ancient Egypt in all its glory, that’s the only way to go. 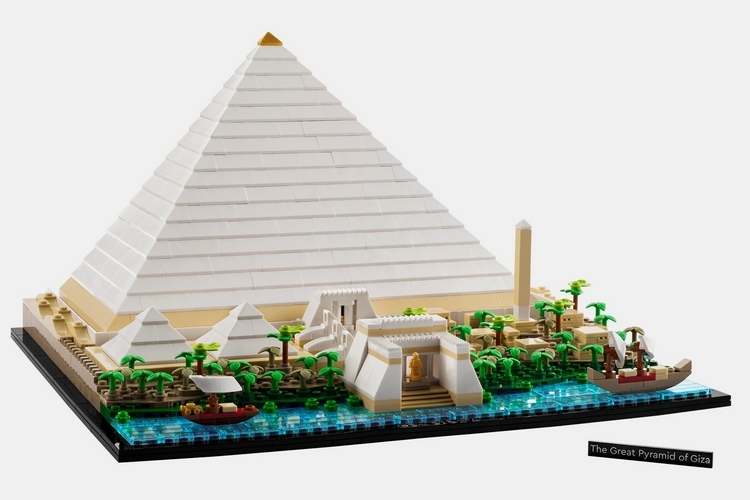 The model measures 8 x 13.5 x 12.5 inches (height x width x depth), so it’s not that gargantuan as far as modern LEGO sets are concerned. It comes with 1.476 pieces, which, again, isn’t at the top end as far as today’s LEGO models, but should offer you an engaging time all the same.

The LEGO Architecture Great Pyramid of Giza comes out in August, priced at $129.99.