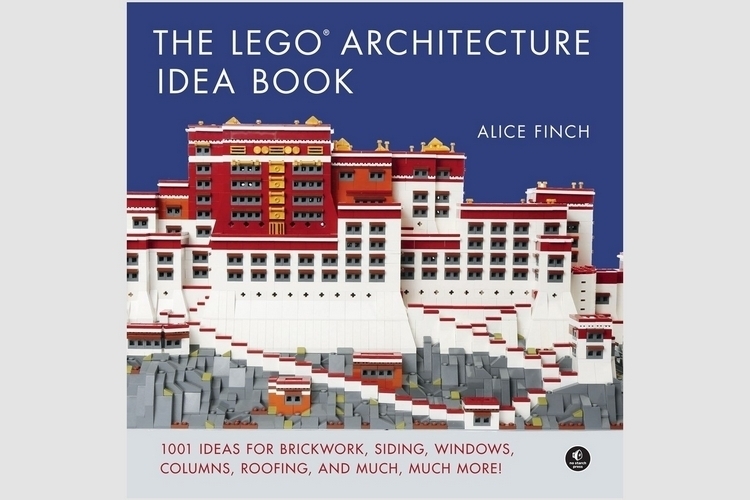 From the Sydney Opera House to the Guggenheim Museum, we’re big fans of LEGO’s Architecture sets, which allow you to recreate real-life structures in construction brick form. Like us, though, there are probably structures you want to build that aren’t available as a model set, leaving you waiting for the day the Danish company decides to release it. If you’d rather build your own model designs, though, the LEGO Architecture Idea Book is here to help.

Subtitled “1001 Ideas for Brickwork, Siding, Windows, Columns, Roofing, and Much More,” the book walks readers through the step-by-step of building different architectural elements, giving them the tools they need to start building their own LEGO structures. Whether you recreate a sentimental landmark, a gorgeous mid-century building, or an entirely new structure you’ve had in your mind for a while now, this thing should teach you enough to get you started on the path to realizing them. 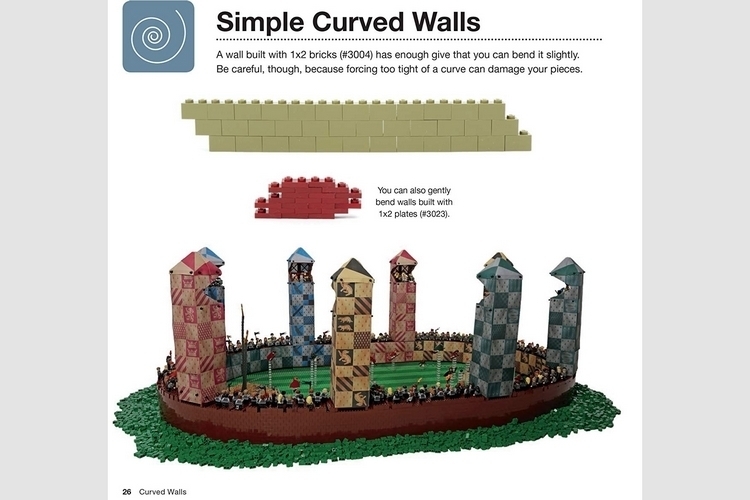 The LEGO Architecture Idea Book won’t actually walk you through designing full buildings, castles, and other structures. Instead, they focus on the detailed elements, as in how to build seven different types of doors, 21 different styles of roofs and domes, and different kinds of walls. They go into great detail for each one, from the bricks you need to use and how to put them together to potential variations you can make and everything in between. For the simpler builds, it sticks with instructions and just shows an illustration of the finished element, although it goes in great detail for more complicated parts, so you can follow step-by-step, similar to popular LEGO tutorials. The idea is, once you can build individual architectural pieces, you can then combine them to build models from the ground up. 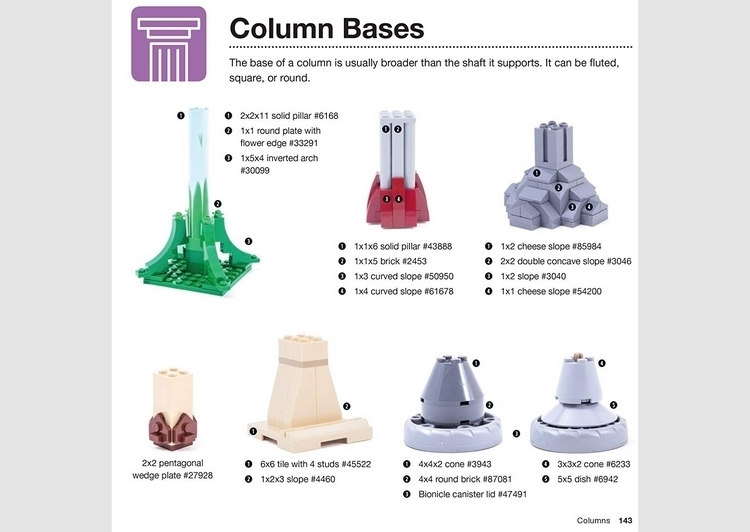 The book is divided into 16 major chapters, each one tackling an architectural element. To give you a basic idea, it starts off with a section called Brickwork, where you’re introduced to building basic walls and decorating them, as well as making them look weathered, crumbling, or made with stone bricks. From there, it delves into a chapter about wall cladding and shingles before moving on to designing curved walls, then walking you through building framing and paneling for your structures. Other chapters focus on patterned walls, molding and millwork, simple windows, custom windows, ornamental windows, window framing, doors, columns, towers, roofs, domes and spires, and even roof decorations. Seriously, this is a deep into LEGO techniques. 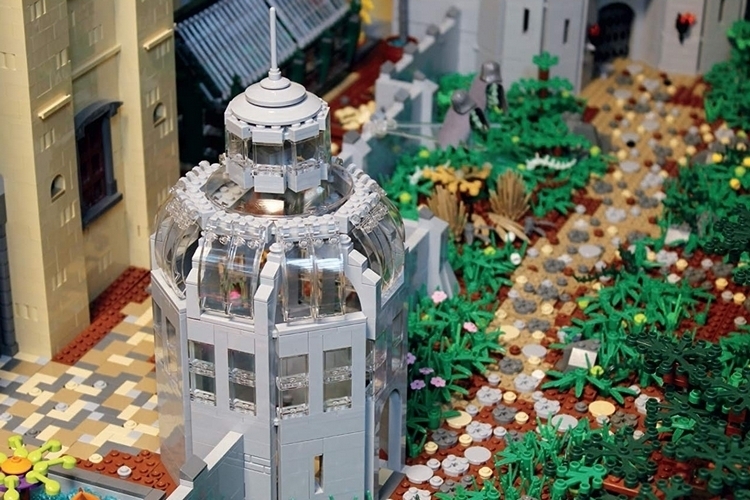 The LEGO Architecture Idea Book covers its material in 232 pages, so it puts quite a lot of stuff in front of you to digest. It goes to great pains to provide detail, too, giving the name and part number of every brick used and, in cases where it’s a rare brick (yes, there are quite a few of those here), the number of the set it came from. Do note, it uses non-LEGO bricks in some cases, the source for which are also clearly identified, so you can seek them out if you want. 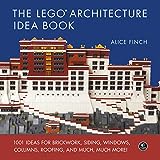