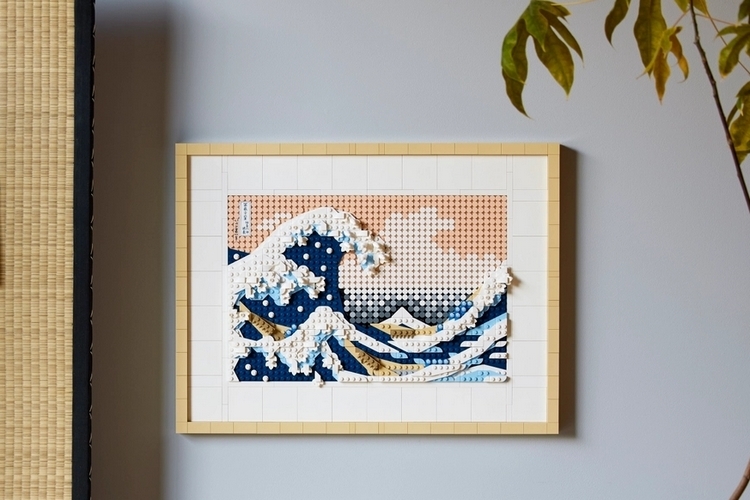 Most LEGO Art sets we’ve seen have been centered around iconic symbols and personalities from pop culture, allowing you to create 2D pieces that you can hang up a wall like a framed art print. With the LEGO Art Hokusai The Great Wave, the outfit lets you recreate arguably the most famous artwork in Japanese history.

Even if you’re unfamiliar with the original woodblock print of The Great Wave Off Kanagawa, chances are you’ve seen some reproduction of this artwork before. We’ve seen it in so many forms through the years, after all, from emojis and t-shirt prints to graffiti and tattoos to stickers and more. Now, you can also enjoy it in LEGO form. 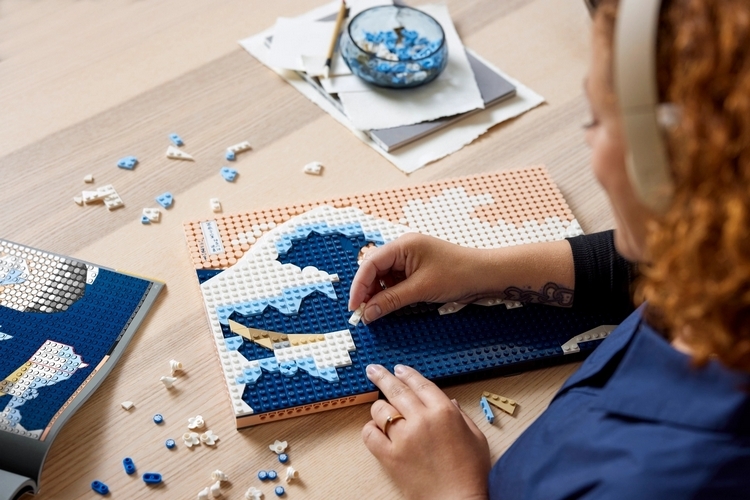 The LEGO Art Hokusai The Great Wave is a detailed reproduction of the iconic Japanese print that you can put together entirely using construction bricks. It recreates the giant wave about the crash down on the shore that dominates the scene, complete with each individual curl and crest, just like the original print. Same with the boats struggling to keep afloat in the foreground, while the background depicts Mount Fuji, its snow-capped summit, and a cloudy sky from a far distance.

Unlike the original print, which is entirely 2D, the LEGO version is actually rendered as a 3D display. No, you won’t be creating a statuette version of the classic scene. However, it does integrate layers of bricks to recreate the curls and crests of the waves, giving them that menacing tsunami feel. Seriously, those raised layers make it look like the waves are about to swallow the boats in the foreground (heck, some of the raised layers look like they’re even spilling out of the canvas), creating an overall more visceral feel. Suffice it to say, LEGO’s designers put a lot of thought in their version of this classic artwork. 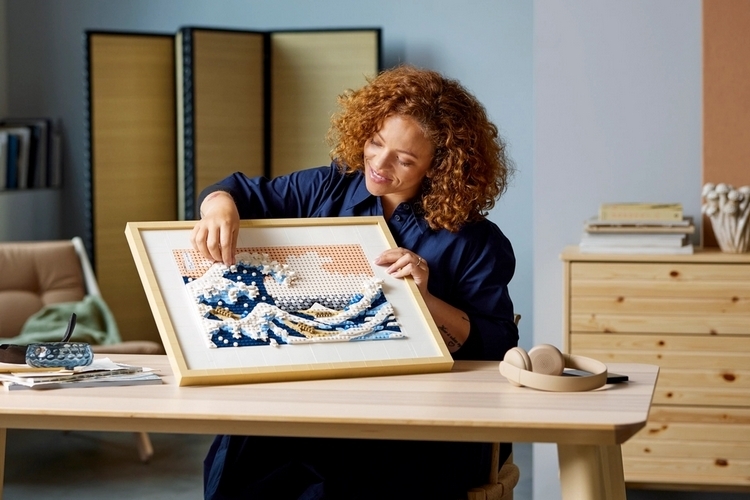 The LEGO Art Hokusai The Great Wave comes with an included frame that, of course, you also assemble using LEGO bricks, along with hanger elements, so you can easily put it up on the wall for display. It also includes a decorative tile with Hokusai’s signature (designed to go on the upper left section of the piece), so it has that genuine artwork feel. The whole thing measures 20.5 x 15.5 inches (width x height), by the way, so it makes for a substantial presence up on your wall, all while coming with 1,810 pieces to make for a challenging weekend project. 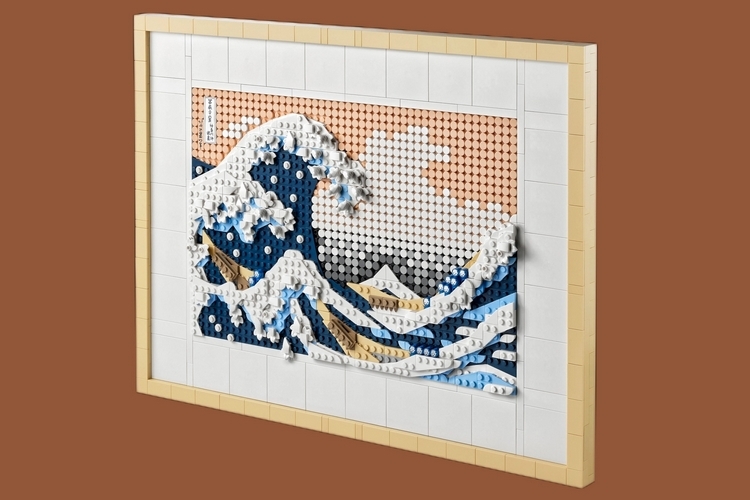 Like many LEGO Art sets, this comes with a soundtrack that you can play as background accompaniment while you put the whole thing together. To listen to it, scan the QR code with your phone to bring up the playlist. While we don’t have details on what music is included, LEGO claims it’s tailor-made to enhance the building experience, so we imagine a lot of Japanese-style instrumentals with a few ocean and storm sounds sprinkled in. Or something like that.

The LEGO Art Hokusai The Great Wave comes out this month, priced at $99.99.