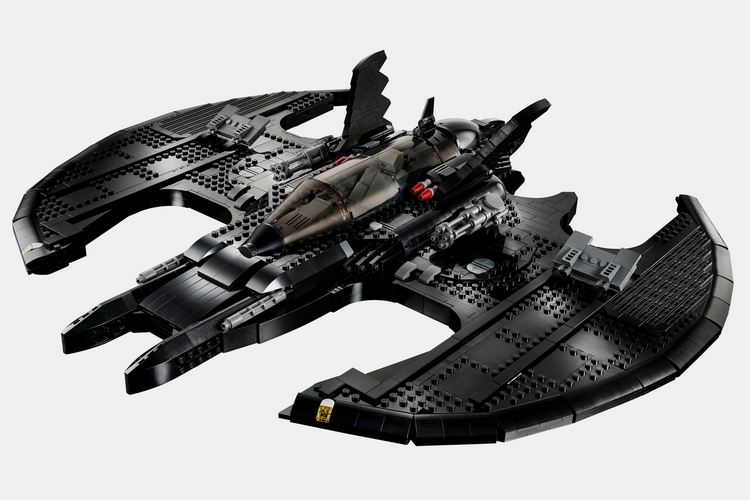 Were you a fan of the Tim Burton Batman movie from 1989? We were. It had arguably the best Batman in Michael Keaton, even though he spent the entire movie portraying Bruce Wayne with a permanent stiff neck. They had a cool Batmobile in that movie. And an even cooler custom-built air combat vehicle. The LEGO Batman 1989 Batwing brings that badass Batman aircraft to your tabletop.

That’s right, LEGO is bringing a detailed reproduction of the Batwing from the 1989 Batman movie, so you can recreate saving the city from Joker’s deadly Smylex balloons by taking them on your plane and letting them loose at altitude far away from the population. Afterwards, you can descend back to Gotham to commence your attack on the Clown Prince of Crime or… you know… just fly around for a bit letting people admire that giant bat-shaped aircraft flying in the sky. Or something like that. 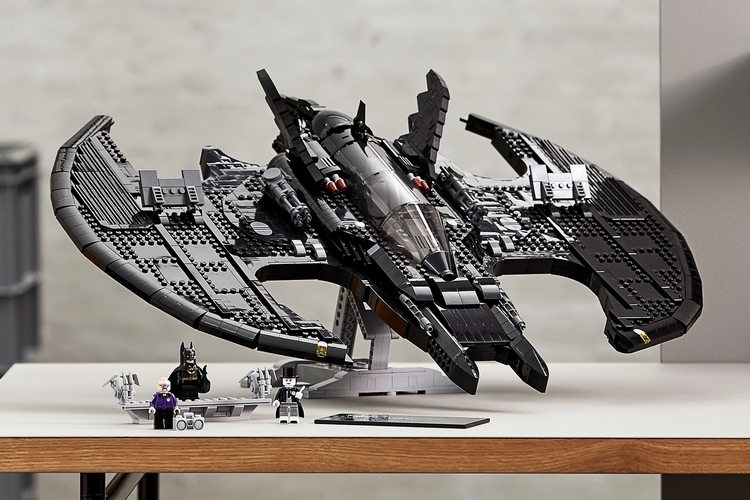 The LEGO Batman 1989 Batwing brings a large recreation of the Bat-themed aircraft, coming in at 22 x 20 x 4 inches (width x depth x height). They nailed the aesthetics of the movie aircraft pretty well, from the sickle shape and curvy wings to the horned nose and the overall gothic styling. This is still LEGO, of course, so it’s a little flatter than the much curvier superhero plane from the film, but it’s still detailed enough that any fan of the old movie is going to appreciate this in a big way.

Because of the size, they were able to integrate a whole lot of details. Those two side-mounted M134 mini-guns you can use to take out all of Joker’s henchmen quickly? This plane has that. What about the missile launchers for executing a swift and punishing attack? It’s got that, too. There’s hinged wing flaps because Batman appreciates aerodynamic performance, an elongated cockpit with a transparent roof, and a whole lot of small elements that come together to really bring the fictional aircraft to life. 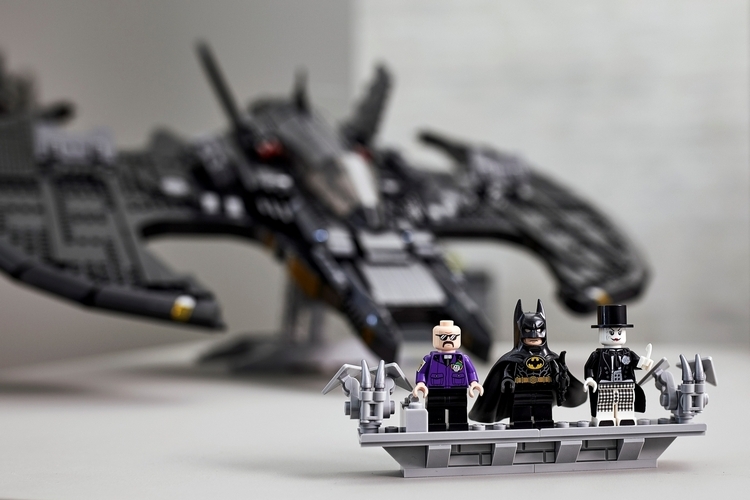 The LEGO Batman 1989 Batwing’s transparent roof can actually be removed to give access to the cockpit, allowing you to place a Batman minifigure to pilot the darn thing. Inside, there’s only one seat, so Batman can’t bring a girl home to the Batcave, although you do get a fully-detailed interior, complete with a small computer screen with images of the Smylex balloons on it. The whole thing, by the way, consists of 2,363 pieces, so this will make for a satisfying build that you can really sink your teeth into, including three minifigures, namely Batman, Joker, and a Boombox goon. 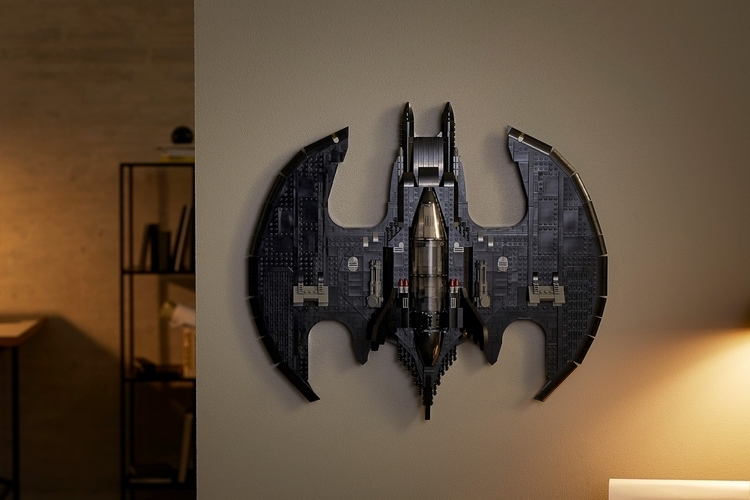 It comes with a stand that can be angled in a variety of ways, making it easy to show off the aircraft any way you like, complete with a nameplate listing important details about the Batwing that every collector will definitely appreciate. Unlike other LEGO models, though, this also comes with a mounting bracket that allows you to hang it from a wall.