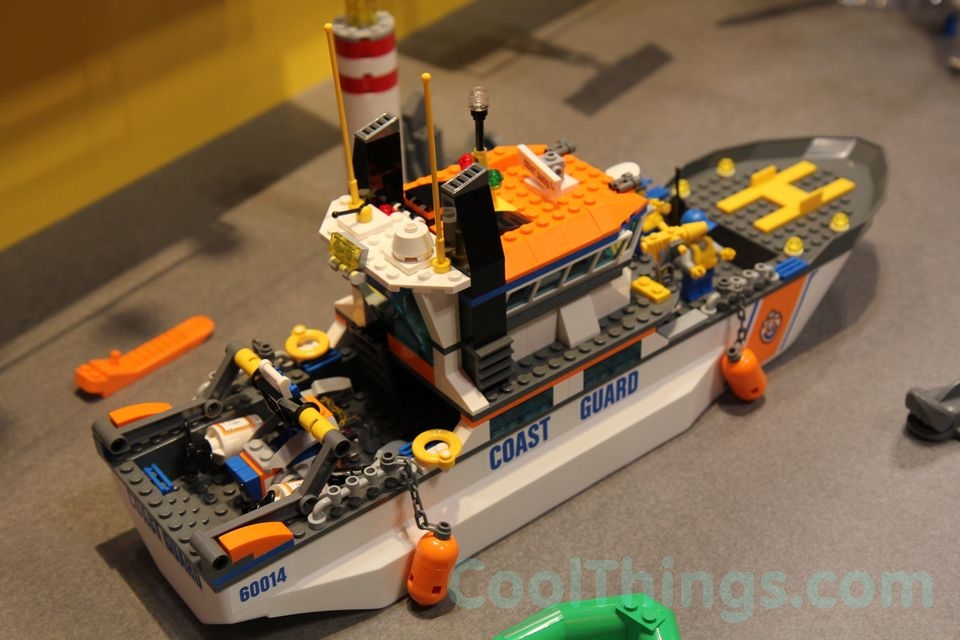 You’ve built yourself a wonderful-looking LEGO mad scientist island lair surrounded by shark-infested deep waters. Now, all you need is a proper coast guard ship to patrol your shores. The LEGO Coast Guard Patrol should do the job nicely.

An elaborate coast guard patrolling system consisting of 449 pieces, it features a large ship, a speedboat, a helicopter and a lighthouse tower, so you can have your minifig crew patrolling the high seas from all potential threats. A boatload of accessories are thrown in to help your set’s realism, including floats, air tanks and a crew of sharks. It includes six minifigs of coast guard personnel.

Check out the full image gallery of this LEGO set as seen at NY Toy Fair 2013 below.