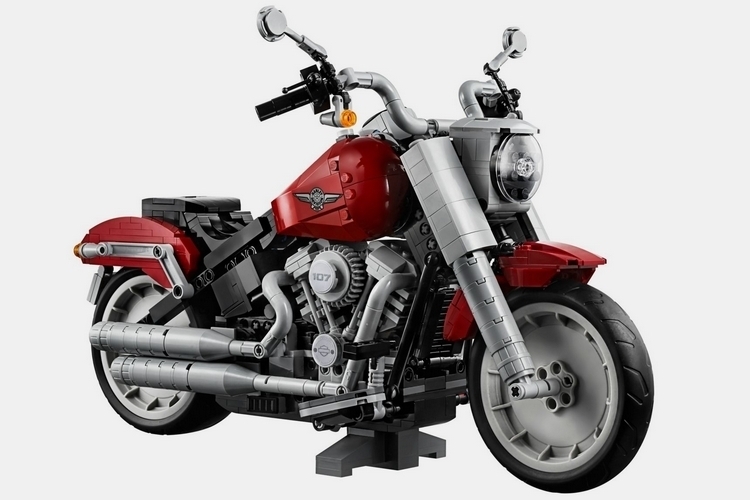 We’ve never been sure why they call this particular softail cruiser a Fat Boy. Does it guzzle gas the same way a fat boy eats cake? Is it so powerful and heavy that a skinny boy will likely fly off if they crank on the throttle a little too hard? Whatever the reason, you can now add the popular motorcycle model in your toy collection with the LEGO Creator Expert Harley-Davidson Fat Boy.

A LEGO model of the iconic motorcycle that first debuted at Daytona Bike Week in the late 80s, the toy faithfully recreates the softail cruiser, capturing the finishes, surfaces, and detailed elements that give the bike its distinct appearance. As with many vehicles in the Creator Expert line, it’s quite the sophisticated build, accurately recreating many of the unique lines that give the motorcycle its seemingly lasting appeal. 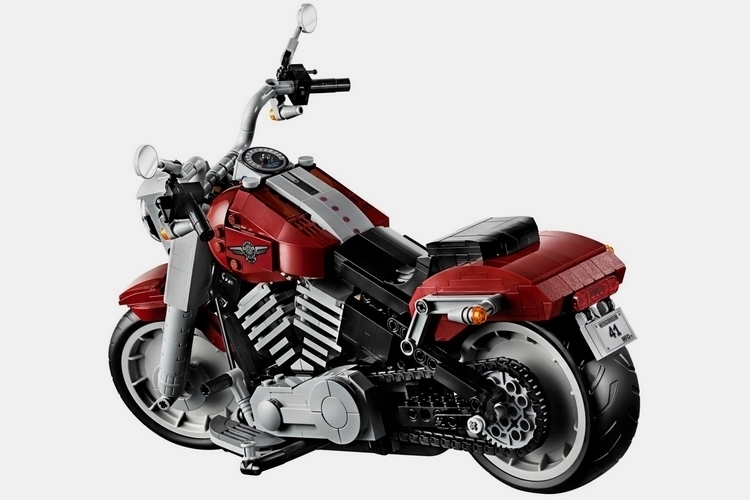 The LEGO Creator Expert Harley-Davidson Fat Boy is a pretty accurate rendition that recreate all of the bike’s important visual elements, from the softail frame and muscular stance to the solid disc Lakester wheels and teardrop fuel tank. A burly miniature version of the Milwaukee-Eight engine is mounted on the frame, which is made using a mix of parts from LEGO Technic and System Elements. Designed to pack as much detail as possible, the engine gets actual moving pistons and dual exhaust pipes, along with a bunch of micro elements that accurately recreate the motorcycle’s powerplant.

While it doesn’t have a working engine, the bike gets other moving parts, from wheels that can push it along a flat surface and handlebars that enable steering to moveable gearshift pedals and brake levers. And yes, the pistons will be moving as you push the bike around, as the V-twin engine is hooked up to the rear wheel via a chain. 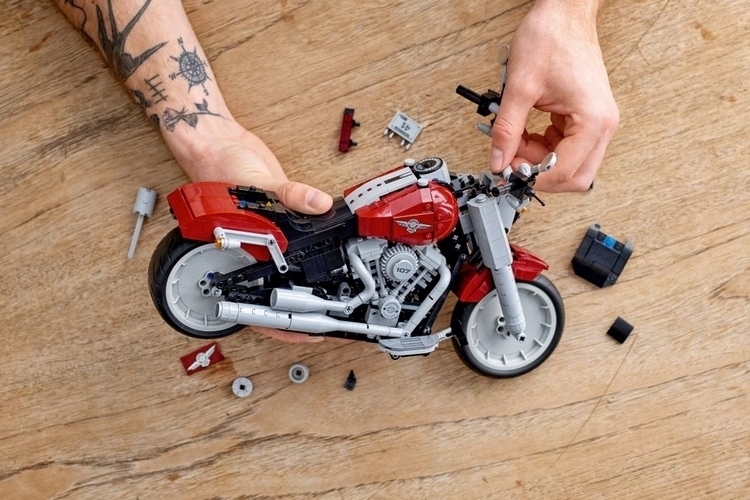 The LEGO Creator Expert Harley-Davidson Fat Boy measures 12 x 7 x 7 inches (length x width x height), which is small enough to keep the build manageable while being large enough that it can serve as a proper display piece. At the size, it should be a little big for your collection of tiny minifigures, although it looks like a good fit for six-inch (and larger) action figures. Want to see Batman riding a Fat Boy? Put him on the bike and have him cruising on the darn thing. How about He-Man, so he can trade in Battle Cat for a modern motorbike? Sure, that might work, too. 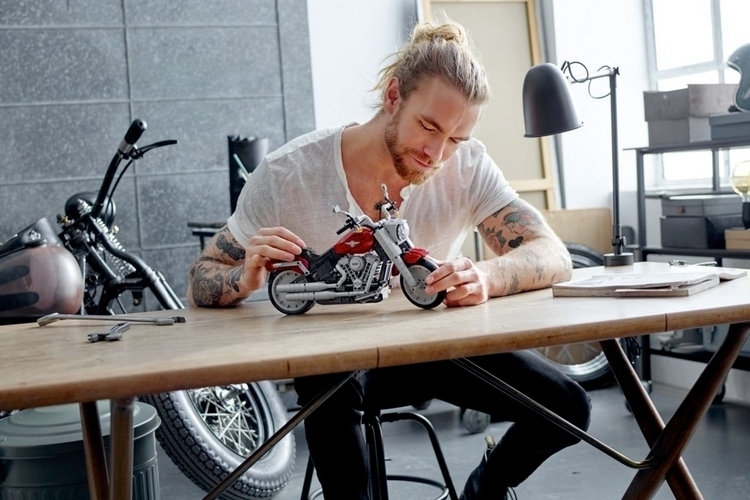 Other notable elements include beefy tires, a deployable kickstand, printed Harley logos, and even a built-in speedometer. They also threw in a display stand, you can put it on a shelf, along with other toys you enjoy showing off. A total of 1,023 pieces are included, so there’s plenty of bricks to put together, making this a potentially satisfying build even for more experienced LEGO fans.