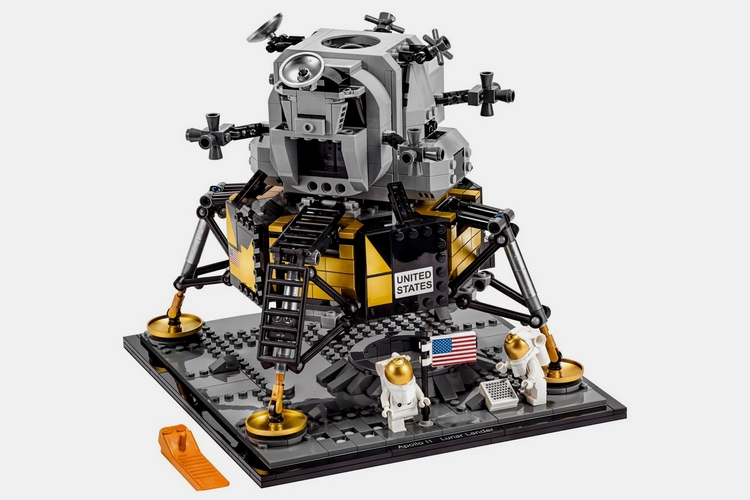 Building LEGO starships is fun. Much as we enjoy recreating fictional spaceships from pop culture franchises, though, building space vessels from real life definitely sounds like an interesting change of pace. That’s exactly what the LEGO Creator Expert NASA Apollo 11 Lunar Lander brings to your collection.

A construction toy model of the Apollo 11’s Eagle module, the set celebrates the 50th anniversary of the original moon landing, allowing you to recreate the exact same spacecraft that touched down on the moon’s surface back in 1969. That way, you can stage and film your own version of the moon landing, just like all those hoaxers did on live TV in front of millions watching at home. Yes, I’m putting my tinfoil hat on now. 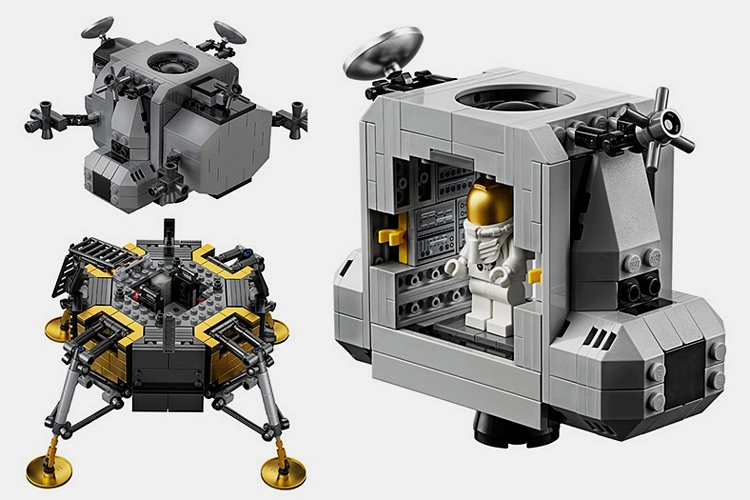 The LEGO Creator Expert NASA Apollo 11 Lunar Lander lets you put together a detailed miniature model of the Apollo 11 Eagle lunar lander, complete with separate ascent and descent stages, so space nerds will have plenty in here to inspect and play with. Both stages, by the way, can be separated, so you can display this as a single piece or as a two-piece finished model. When put together as one module, the model measures 7 x 8 x 7 inches (height x width x depth), making for quite the stunning presence to show off on any shelf.

The ascent stage on top comes with some fine detailing, sporting the same maneuvering thrusters and antennas that were mounted on the original spacecraft, along with a fully accessible detailed interior where the astronaut minifigs can take control of the module’s operations. The room comes adorned with lockers, levers, and various control interfaces, making it look like a legit space you’ll find in the original spacecraft. 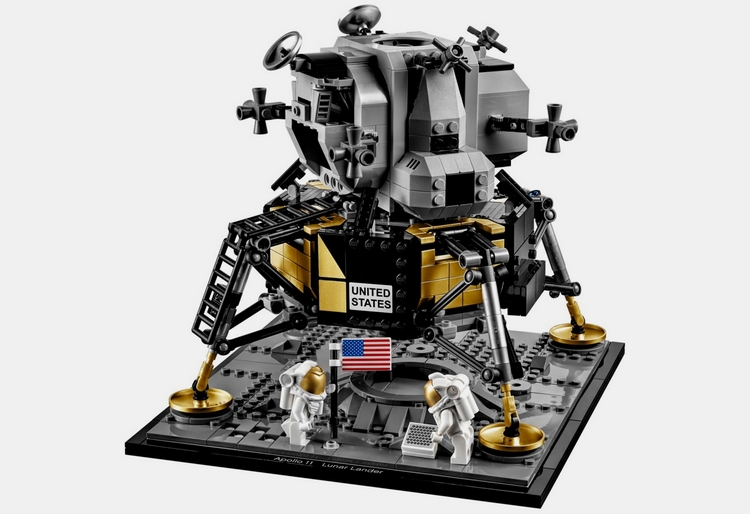 The LEGO Creator Expert NASA Apollo 11 Lunar Lander’s descent module, on the other hand, sports even more detailed, with a MESA platform that can be lowered to reveal a miniature version of the camera used to film Neil Armstrong taking his first step on the lunar surface. On the opposite side of the MESA platform sits the Early Apollo Scientific Experiment Package bay, which houses a toy version of the Laser Ranging Retroreflector (LRR) the astronauts set up on the moon all those many years ago.  Cool trivia, by the way: the LRR on the moon is still being used by scientists today. Just to give you an idea of the kind of detail they put here, LEGO even recreated the plaque depicts the maps of Earth’s hemispheres, which, we’re guessing you’re supposed to leave on the moon when you do stage your own version of the moon landing. 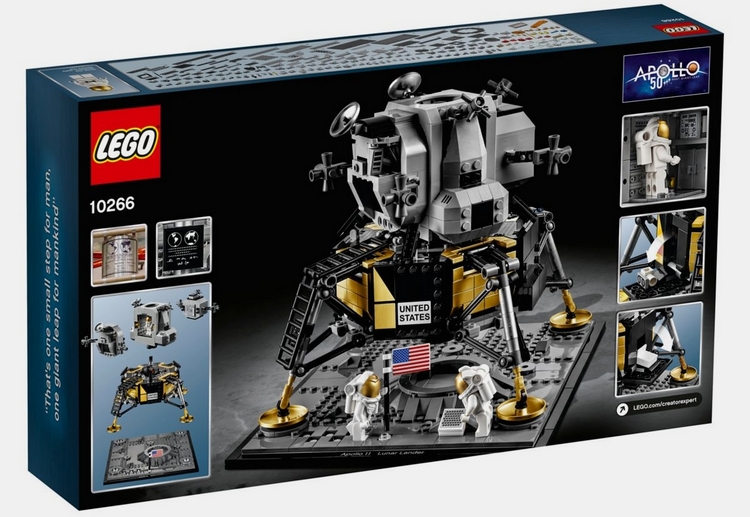 Aside from the actual lunar module, the set includes a platform that looks like the surface of the moon, complete with craters and astronaut boot prints. Two minifigures are included – one for Neil Armstrong and another for Buzz Aldrin. Of course, since this will be your moon landing, you can have any minifig in your collection take part in the historic event, whether you fancy seeing Mickey Mouse, Frankenstein, or Agent Fox Mulder take that giant leap for mankind.