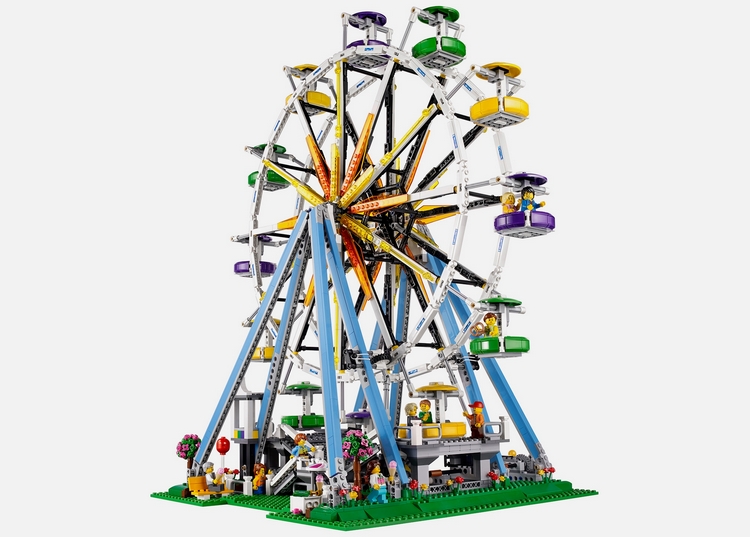 This isn’t the first time LEGO released a working big wheel set. The LEGO Creator Expert Ferris Wheel, though, is easily the best of the lot, standing nearly two feet tall, with a dozen cars ready to ride your minifigs up and down.

A perfect addition to any tabletop LEGO amusement park, it lets you set up a working ferris wheel with plenty of detailed elements. From gondola doors that open to a boarding platform that rises to a big wheel that turns as many times as you want, it’s as legit a model ferris wheel as you can ask for. 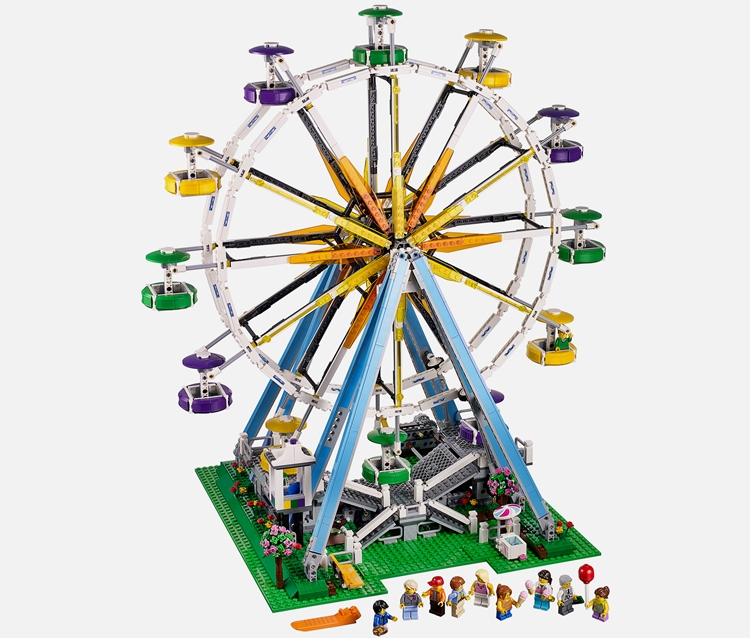 The LEGO Creator Expert Ferris Wheel consists of 2,464 pieces, making for quite an involved build that should keep you busy for a bit of time. Those bricks don’t just form a large ferris wheel, they also net you an ice cream stall, a kiosk, a bench, and several assorted decorations sprucing up the ground below. Each gondola can fit up to three minifigs for a total of 36 passengers, so you can invite characters from any of your other LEGO sets (yes, even the pair of outlaw chemists from your unofficial Breaking Bad set) to join the fun. It comes with 10 of its own minifigs: a ride operator, an ice cream vendor, and eight passengers (four adults and four kids). 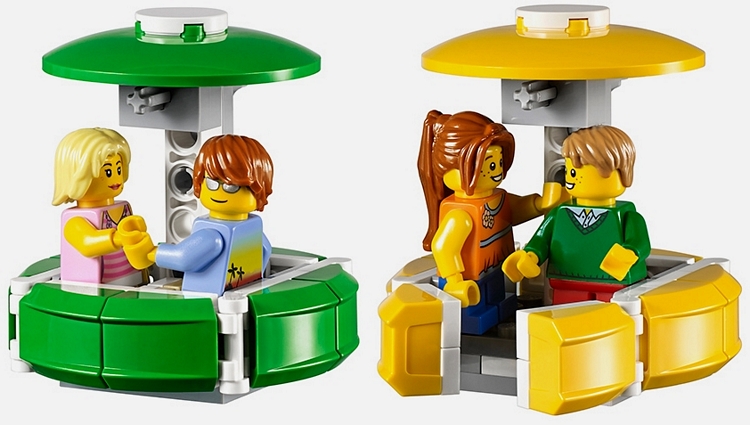 Operating the ferris wheel is done via a crank by the base, which you simply turn to get the whole thing spinning. It’s also compatible with LEGO’s Power Functions medium motor and battery box, so you can tack that on if you’d like the ride to go running on its own.

Slated for availability in June, the LEGO Creator Expert Ferris Wheel is priced at $199.99.