LEGO Creator Ghostbusters ECTO-1 Is So Big, Even Your Ghostbuster Minifigs Won’t Be Allowed To Drive It 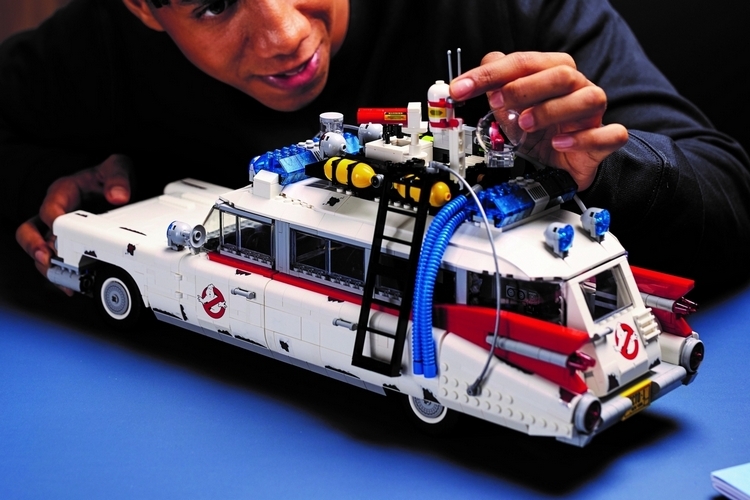 It was just four years ago when LEGO released an ECTO-1 model right in time for the all-female Ghostbusters reboot. That was a fun model, albeit a little on the small side, as it was sized to scale with LEGO minifigures. The LEGO Creator Ghostbusters ECTO-1, on the other hand, ditches the minifig scale to bring us a larger and more detailed model that will absolutely satisfy your brick-building passions as much as it will your Ghostbusters fandom.

According to LEGO, it’s the largest and most detailed model of the ECTO-1 they have built to date, coming in at a size that’s roughly 1:10 scale. Maybe it’s 1:11… we’re just guessing here. Either way, though, it seems more in line with the size you’ll normally find in car models from the Technic line, instead of the usual minifig-scale rides that come with pop culture tie-ins, so it’s the kind of car you can devote an entire weekend to putting together. 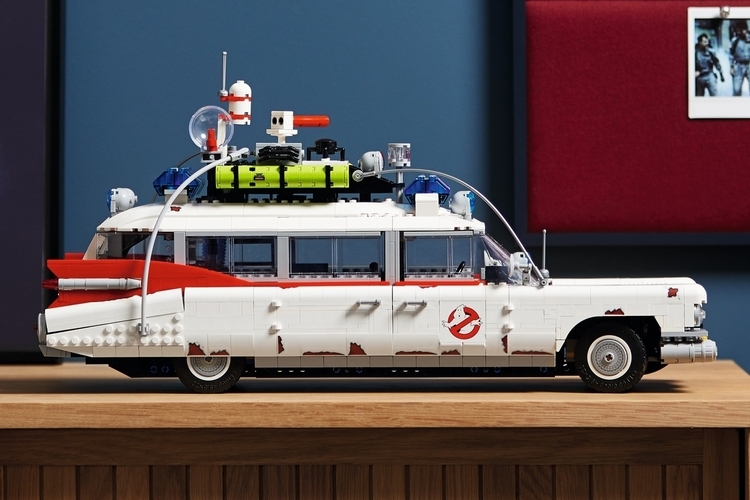 The LEGO Creator Ghostbusters ECTO-1 depicts the converted 1959 Cadillac Miller-Meteor ambulance from the movies in construction toy form, with such an impressive amount of detail that the outfit actually calls it a “car kit for adults” rather than a mere Ghostbusters toy. This specific version of the car, by the way, is modeled after the one appearing in the Ghostbusters Afterlife movie, just in case you notice some details that don’t quite line up with the car you remember seeing in the two original films from the 1980s.

The roof is, easily, the busiest part of the vehicle, with sirens, lights, and a roof rack housing a plethora of paranormal equipment. There is, for instance, a tracking antenna it uses to monitor psychokinetic energy, a proton blaster, a bunch of tanks whose purpose we don’t know, and even a ladder on the side to make it easier to access all the stuff in the roof. 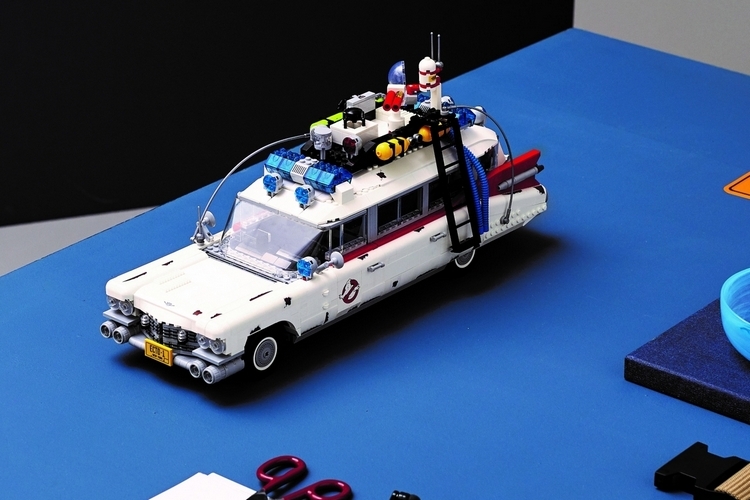 The LEGO Creator Ghostbusters ECTO-1 has doors that open, so you can easily access the interior, as well as functional steering, so you can maneuver the car towards any direction. It has a detachable wheeled robot that works as a mobile ghost that your Ghostbusters can send to catch an ectoplasmic entity, as well as a gunner seat that pops out from the side of the car to catch ghosts while on the go and another ghost trap that pops out from the back, so the darn thing can catch ghosts from a variety of positions. 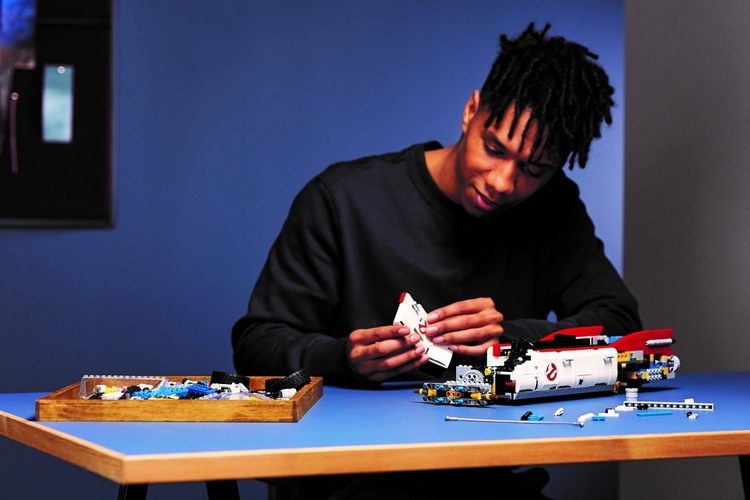 Beyond the ghost-hunting gear, the car is a pretty faithful recreation of the vintage automobile it’s built on, complete with a replica engine under the hood (no moving parts, though), a curved windshield, and those curvy lines that make the 1950s such a unique time for classic cars. It comes with coffee-table style instructions that come with design details and a background of the story behind the car. Dimensions are 8 x 18 x 6 inches (height x length x width).