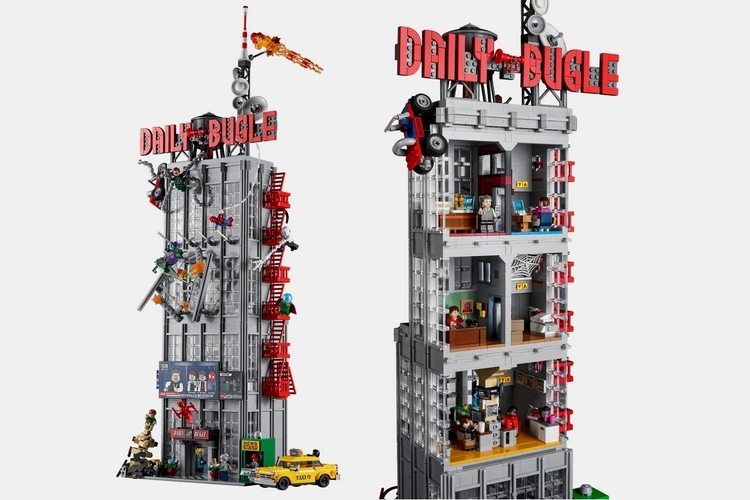 Extra! Extra! Read all about it. The most famous building in the Spiderman universe is making its way to your LEGO collection. No, not Midtown High School, Empire State University, or Green Goblin’s Oscorp. Instead, we’re talking about Jonah Jameson’s kingdom, which you can add to your tabletop cities in the form of the LEGO Daily Bugle.

That’s right, Peter Parker’s workplace is now a LEGO model. And we don’t just mean that office where Jameson shouts at him for whatever reason whenever he feels like it, either, but the entire building located at the corner of 39th Street and 2nd Avenue. Whether you want to recreate Spiderman scenes that occur around the 46-story tower or just want a tall building to add to your LEGO collection, this thing gives you that, along with a whole bunch of characters and props from the Spiderman universe. 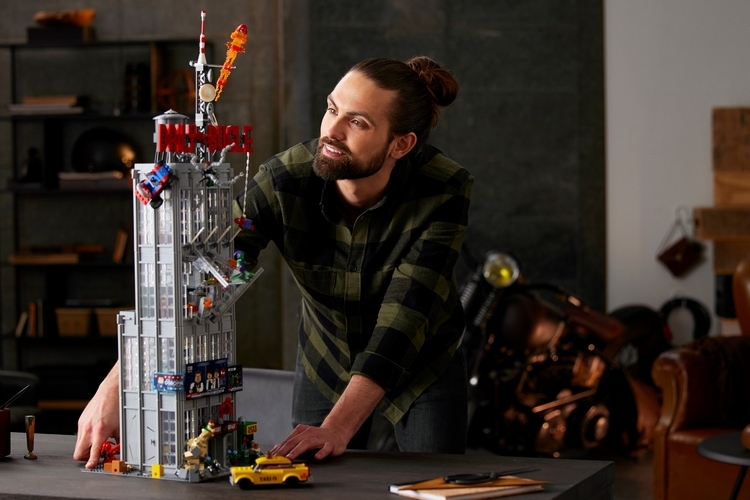 The LEGO Daily Bugle is miniature model of the newspaper company’s office complex, recreating all sorts of familiar elements, from the lobby entrance at the ground floor and the newsstand right next to it to a fire escape staircase on the side and the large Daily Bugle sign on top. Since, let’s be honest, 46 stories is a bit too big to recreate as a construction toy model, they decided to go with just four stories here, so you’ll have to pretend your version of the Daily Bugle is just a local newspaper with a small downtown office. Hey… that version of the backstory actually doesn’t sound so bad.

According to LEGO, it’s their tallest model yet, measuring a whopping 32 x 10.5 x 10.5 inches (height x width x depth). As you can imagine, it takes a lot of bricks to build something this tall. In this case, that number is a whopping 3,770 pieces, ensuring it will keep you busy snapping bricks together for many, many hours. 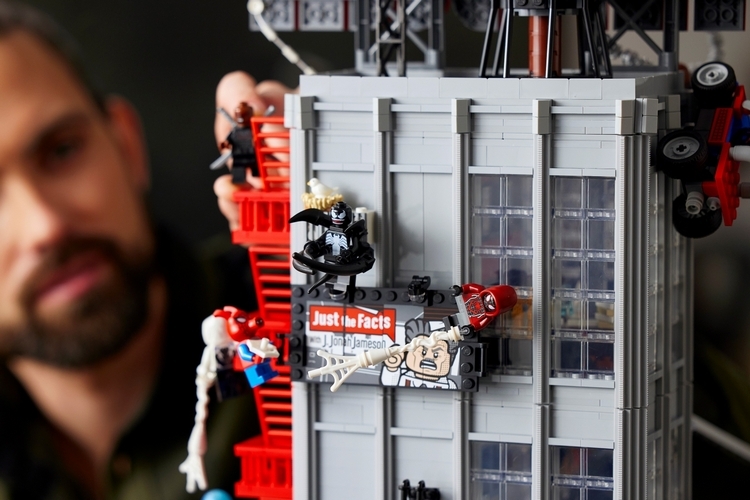 The LEGO Daily Bugle isn’t just designed to be a pretty building to add to your display shelf. Instead, it’s meant to serve as the main setting for recreating a variety of scenes from both the comic books and the movies. That’s why, they loaded it with details, such as a water tower and radio antenna in the roof, front beams for Spiderman to swing on, a couple of vehicles, and ledges at various parts of the structure, so your characters have a proper platform for fighting. The front façade of the building can be removed, by the way, giving you access to individual offices on every floor, complete with fully-furnished and decorated interiors, so you can put your characters in close-quarters combat. 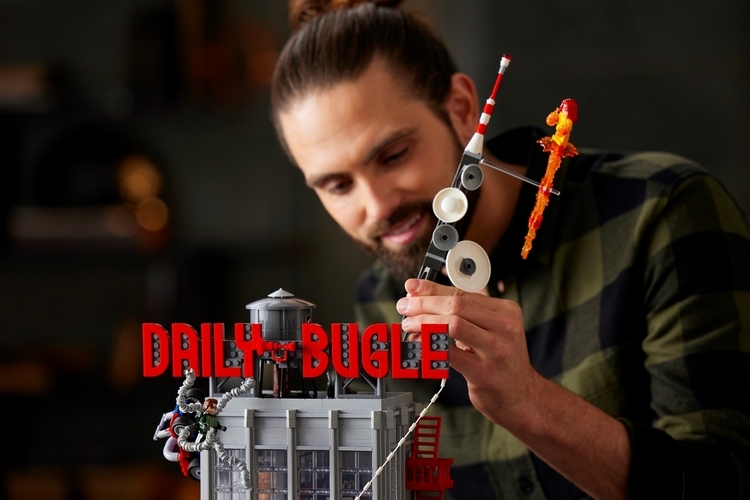 It comes with 25 minifigures, including Spider-Man, Peter Parker, Spider-Gwen, Miles Morales, Spider-Ham, Venom, Doctor Octopus, Green Goblin, Sandman, Mysterio, and more, allowing you to recreate your favorite storylines and even make your own original scenes on-the-fly. Heck, they even threw in Daredevil and Punisher, so you can have them team up with the web-slinger for various crime-fighting tasks.