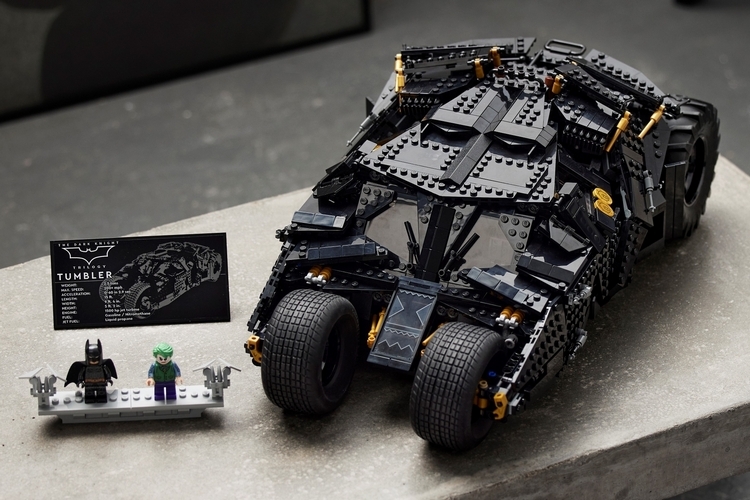 A few years back, LEGO released a sick-looking model of the Tumbler Batmobile, giving Batman fans a detailed recreation of the armored off-road tank that plied the roads of Gotham City. It’s awesome. Problem is, that set has long been discontinued, only available as overpriced special items in various corners of eBay and Amazon. The LEGO DC Batman Batmobile Tumbler brings back the striking vehicle in even more detailed form.

Is this exactly the same as the DC Superheroes Tumbler from years back? No, this set actually has a few hundred more pieces, so there’s a fair amount more detail to put together for an even more engaging time. Regardless, it looks very similar to the Tumbler from 2014, making it an absolutely drool-worthy item for both LEGO fans and Batman diehards alike. 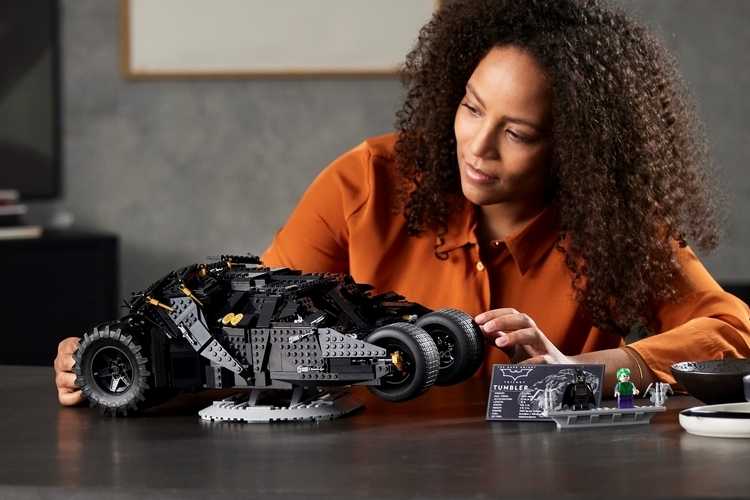 The LEGO DC Batman Batmobile Tumbler is a detailed model of the tank-like Batmobile from the Dark Knight trilogy, recreating the low stance, armored shell, and burly wheels that made the movie vehicle look so badass. They managed to integrate, pretty much, every visible element of the crime-fighting ride into the model, including twin machine guns, six wing flaps in the top rear, and that massive jet engine in the back. It has a two-seat cabin, which, we’re hoping, will allow you to mount a pair of minifigs inside, allowing you to have the Caped Crusader cruising the city streets with Frankenstein, Commander Data, or George Constanza. Sadly, it doesn’t include an attack mode that shifts the seating configuration to the center, but it’s still one heck of a sick ride.

It’s not motorized, so you can’t quite have the car driving around and patrolling your living room for criminal elements like your favorite Batmobile RC. You can, however, push it around like you did with toy cars when you were a kid, mowing down every villain that stands in its way. Or something like that. 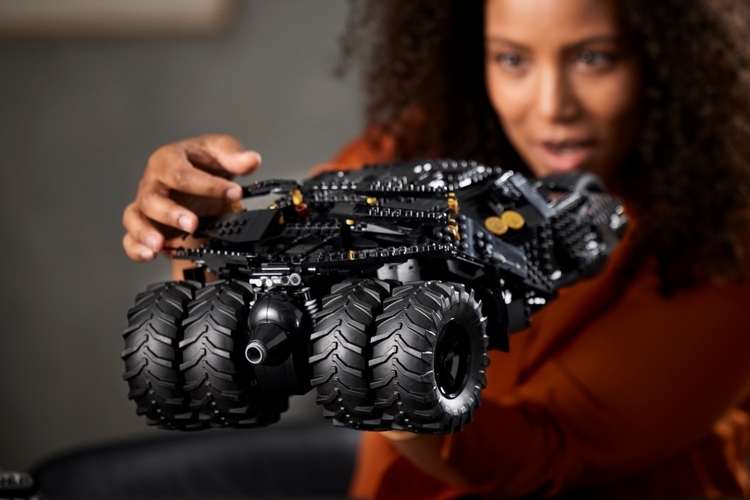 While the LEGO Tumbler from 2014 came with over 1800 pieces, the LEGO DC Batman Batmobile Tumbler is made up of 2,049 components. That means, this should make for an even more challenging build, allowing you to immerse yourself in the Dark Knight’s world for a good amount of time. It’s quite big, too, measuring 17 x 9 x 6 inches (length x width x height), making it an excellent piece for showing off on any shelf, all while integrating at scale with other LEGO DC Batman sets. 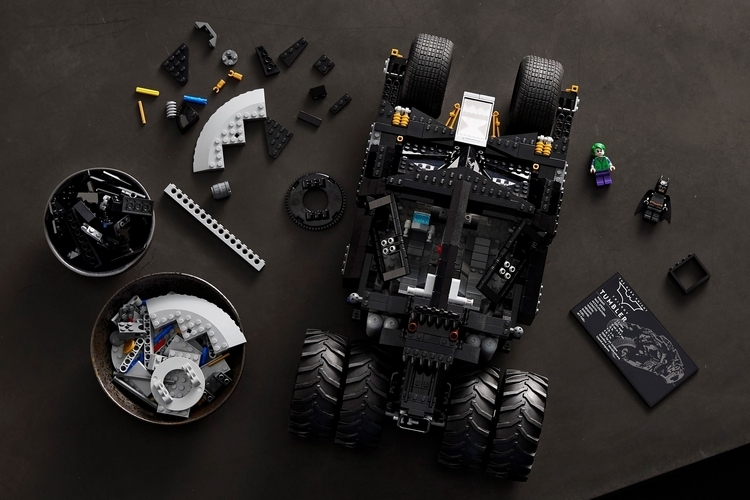 It comes with two minifigures: Batman and The Joker, so you can have the two most iconic characters in the Caped Crusader’s franchise duke it out around the badass Tumbler. The vehicle, by the way, comes with a base that elevates it for display, making it easy to spin it to inspect every angle while it sits on the shelf, while the minifigs can be mounted on an included stand that’s wide enough to fit two or three more of your minifigures.