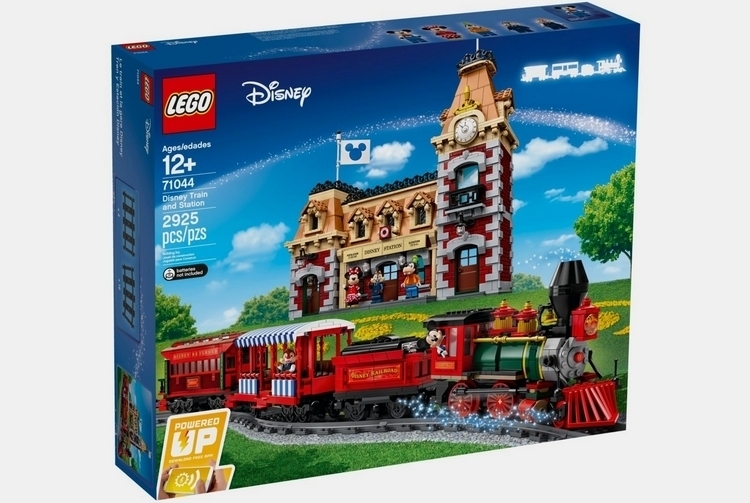 Any time we hear about a LEGO train set, we stand up and pay attention. When that train set recreates one of the more iconic theme park attractions of all time, the Disneyland Railroad, we bow our heads and prepare our wallets for the carnage that will happen. That’s exactly what happened when we saw the LEGO Disney Train and Station.

A working train and track set, it lets you build the Disney Station in Main Street and the theme park’s iconic train, complete with a decent length of rail, so the train can chug around for a little bit. Granted, it doesn’t have nearly enough tracks to build a satisfying railroad, so you might want to add a few more matching tracks in the mix to build yourself an actual train set that can chug around the same path over and over. 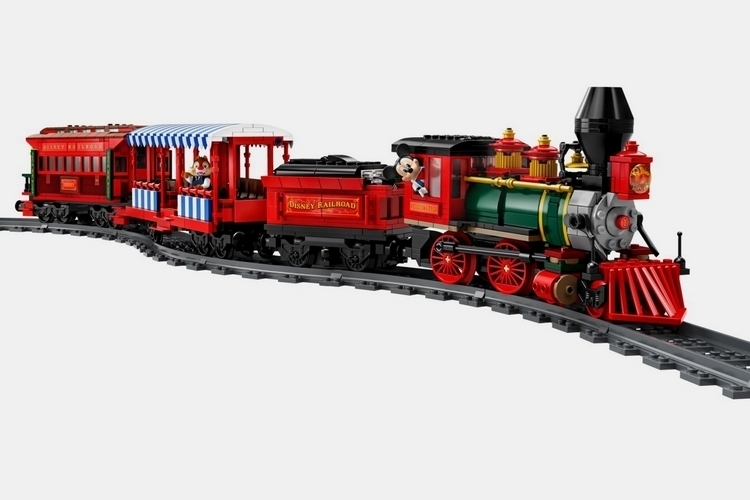 As the name points out, the LEGO Disney Train and Station consists of two parts: the powered locomotive that rides through the Disneyland Railroad and the Main Street, USA train station. The train comes in four sections, including a main locomotive, a tender, an open carriage that you can line up with minifig passengers, and a parlor car. The locomotive is based on the C.K. Holliday steam engine, which sports that archetypal Old West aesthetic, allowing you to use it not just for a tabletop Disneyland, but also a Wild West diorama.

The motor isn’t actually in the locomotive. Instead, it’s housed inside the tender right behind it, with a hatch on top of the rig holding the power button to let you switch on the onboard electronics. The motor, by the way, can be operated using LEGO’s Powered Up app, so you can have it chugging along and coming to a full stop without having to actually approach the train. The open carriage comes with fourteen seats, allowing you to load the train with over a dozen minifig passengers, although there’s always room for overloading by putting minifigs in every available space. The parlor car, on the other hand, comes with three chairs, a coffee table, and a balcony area, so your minifigs can watch the view from the rear. 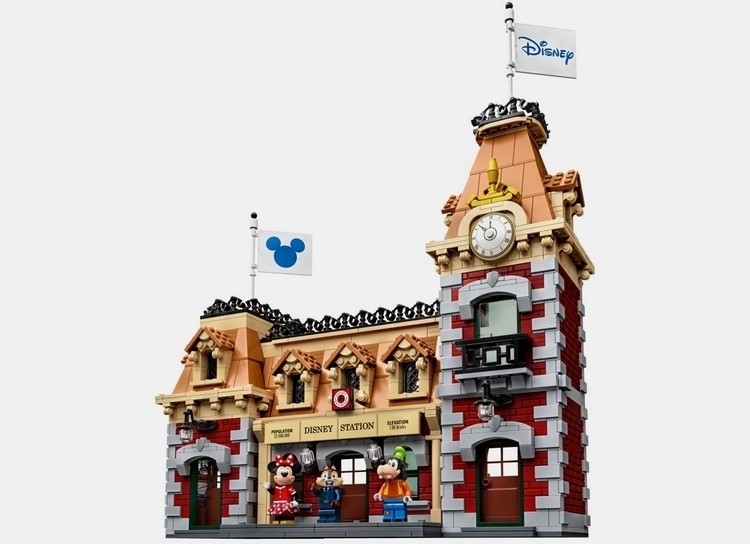 The LEGO Disney Train and Station also comes with a recreation of the Main Street, USA station, arguably the most popular stop for the Disneyland Railroad. They recreate the front of the station in thorough detail, all while leaving the back open, so you can make it look like a busy train stop if you’re so inclined. Plenty of detailed elements can be found at the back of the station, by the way, from posters and signage to furniture and even a miniature locomotive display. 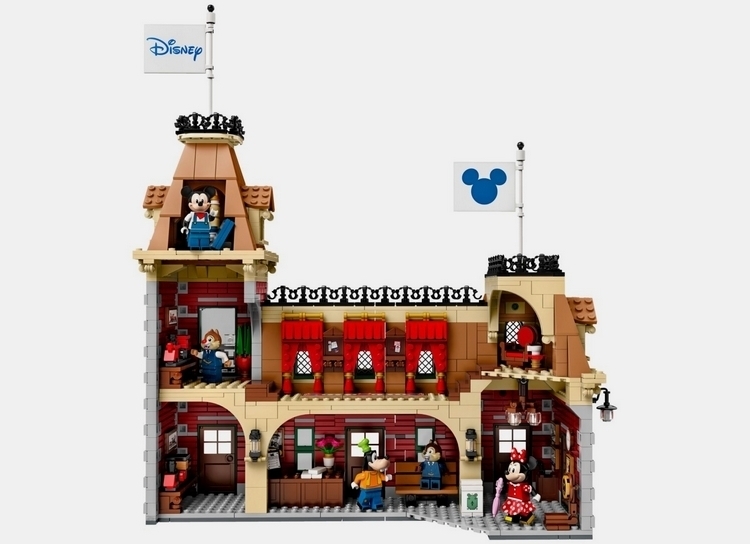 A total of 2,925 pieces are in the set, including the Powered Up hub and motor, so this is quite the big project. It also comes with five minifigures, namely Mickey, Minnie, Goofy, Chip, and Dale. You can combine this with the rest of your Disney castles and minifigures to build yourself a pretty good miniature version of the happiest place on Earth.

The LEGO Disney Train and Station will be available September 1st, priced at $330.