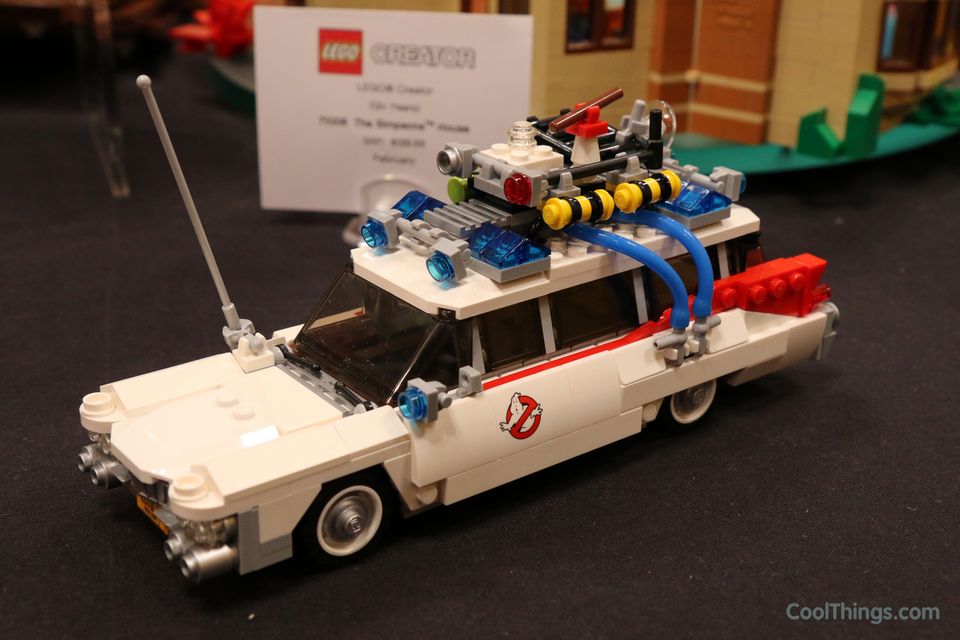 Somehow, someway, the Ghostbusters franchise managed to become a pop culture phenomenon of sorts, continuously gaining new fans decades after the two movies opened across theaters. So much so, in fact, that we have a new Hollywood installment under way. Not just that — the LEGO Ghostbusters Set turned out to be one of the most anticipated launches at this year’s New York Toy Fair.

Designed by Brent Waller for LEGO CUUSOO, the set recreates the Ghostbusters’ iconic vehicle, along with minifigs of the main characters in the franchise. Disappointingly, no ghosts come as part of the set (not even Slimer), so you’ll have to improvise your own ghosts for the quartet to wage their battles with.

Four minifigs are included in the LEGO Ghostbusters Set — Egon, Venkman, Stantz, and Winston, each one armed with their own proton packs for taking down supernatural entities they chance upon along the way. The showcase of the set is the Ecto-1, the official ambulance/hearse combo the quartet of ghost-catching parapsychologists (or whatever their professional job titles are) drove around New York City. The ride comes fully loaded with roof- and boot-mounted equipment for paranormal encounters, along with an onboard computer (nonfunctional, of course), a removable roof, and three minifig seats (yeah, one of the guys will have to stay behind). Vehicle aesthetics stay true to the official car from the movie, complete with detailed accents and the unmistakable Ghostbusters logo. No word on how many pieces are included, though.

The LEGO Ghostbusters will hit stores in June, priced at $49.99. In the meantime, you can enjoy our gallery of the set from the New York Toy Fair. 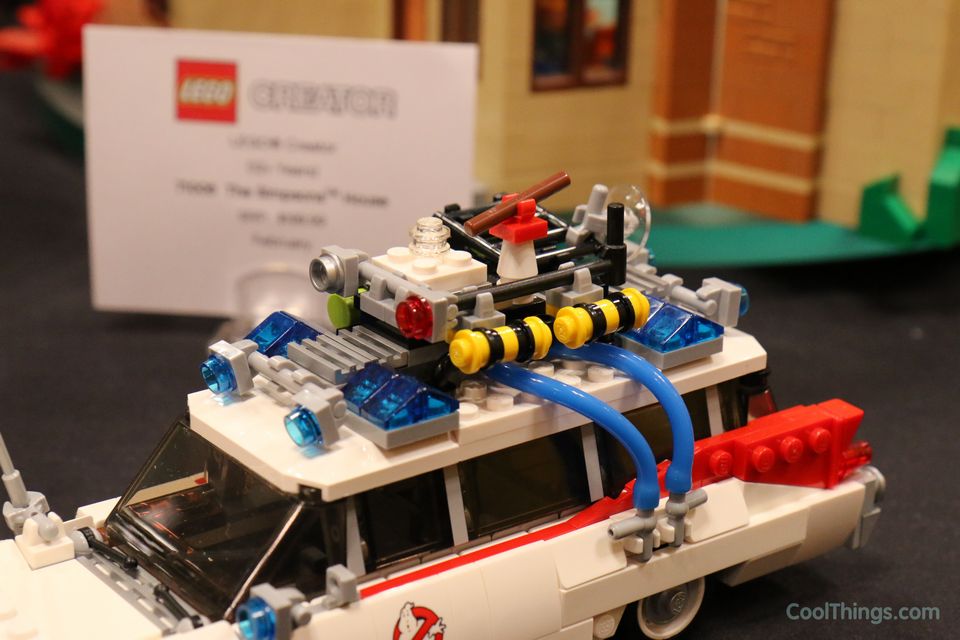 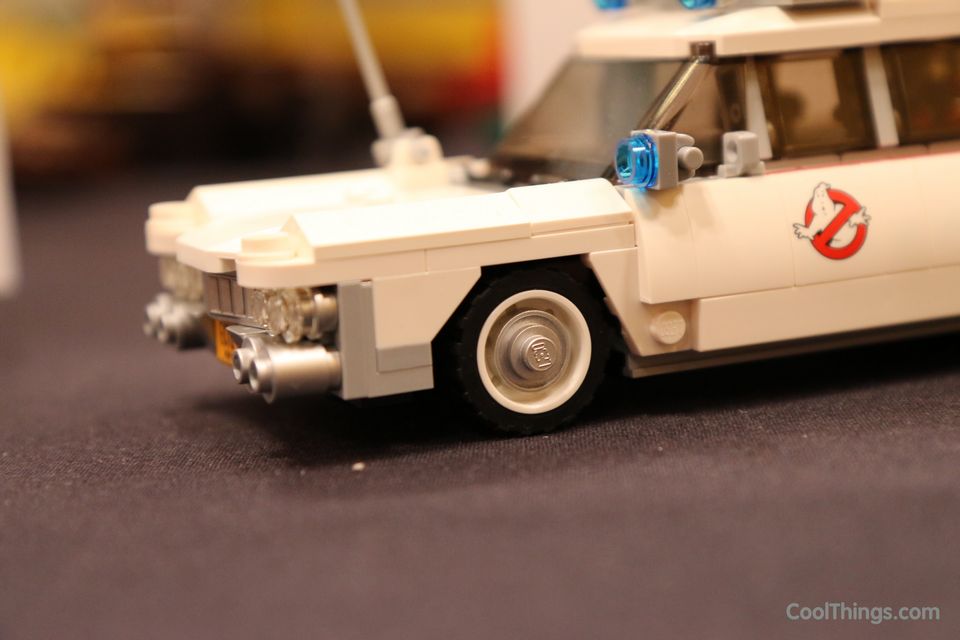 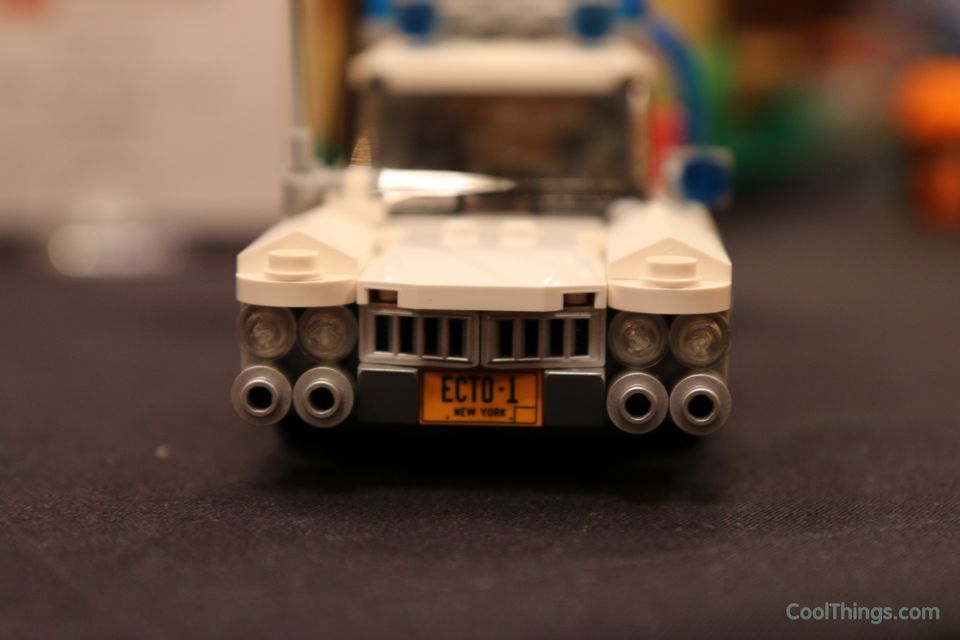 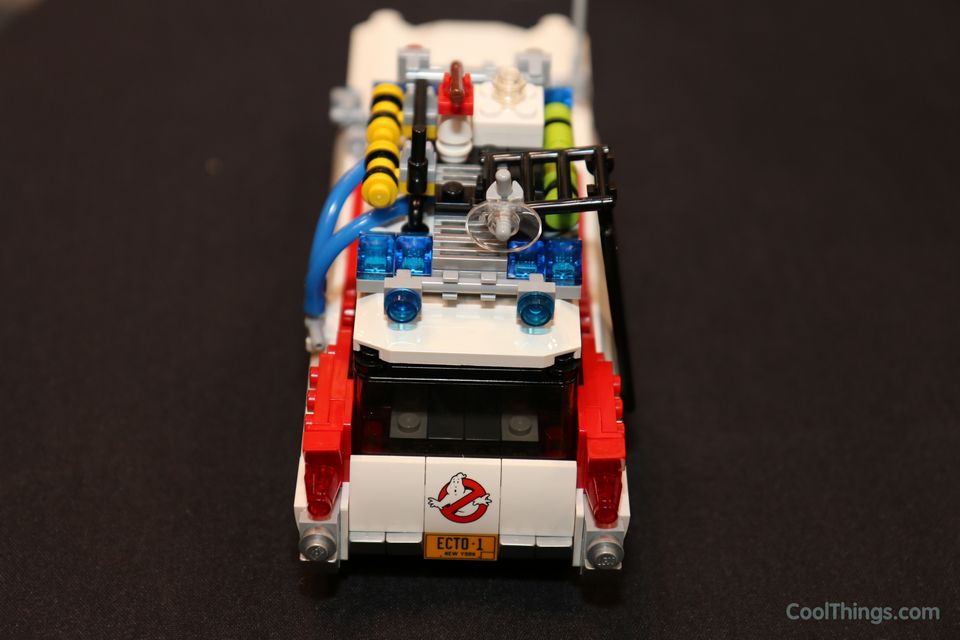 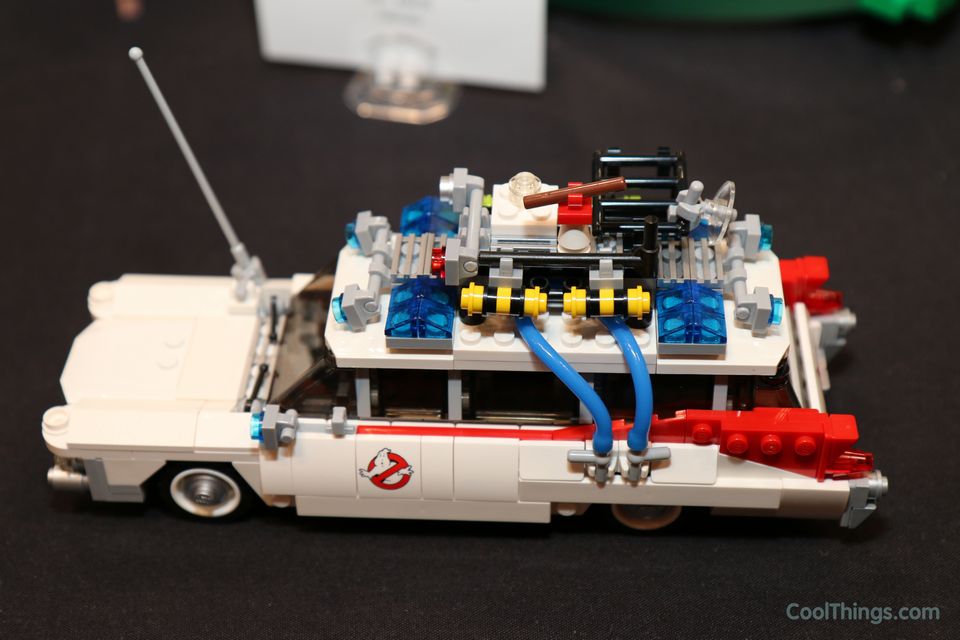 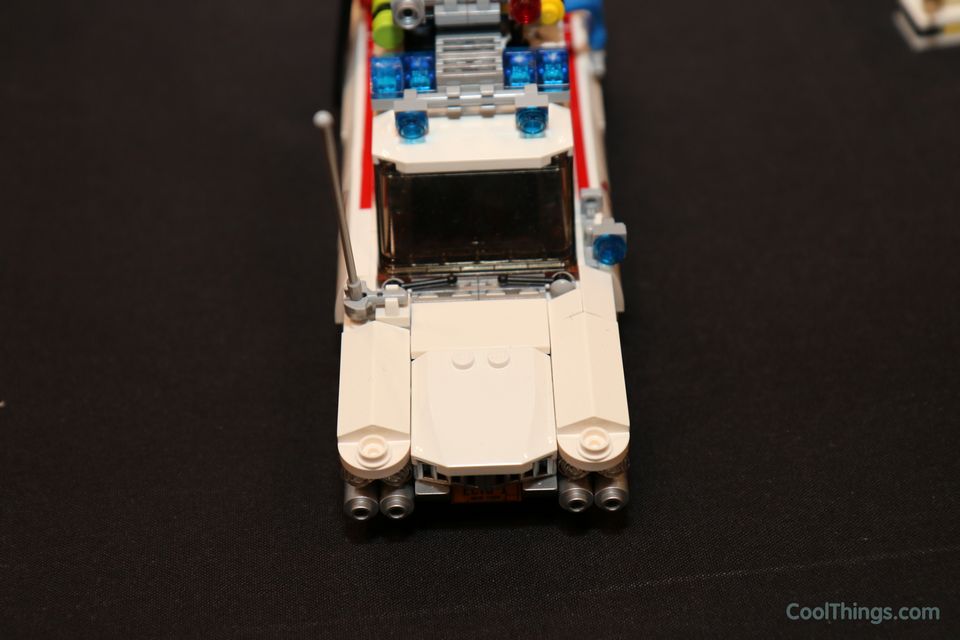 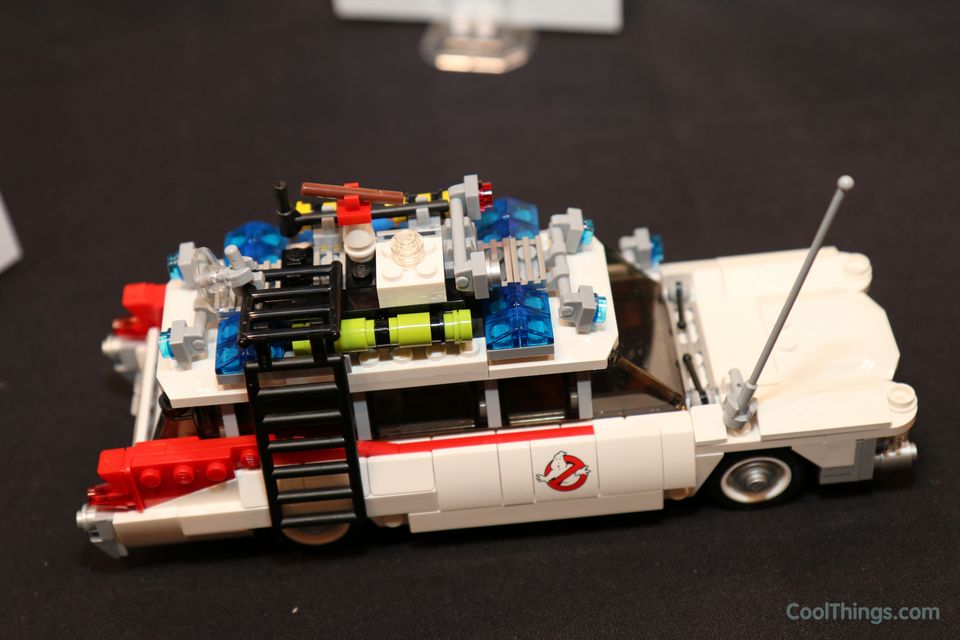 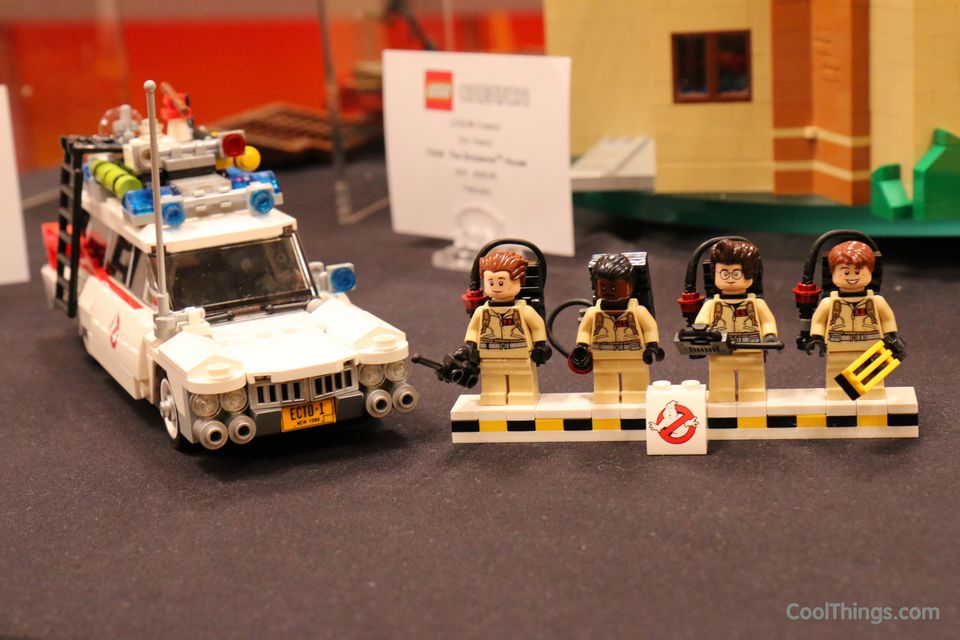 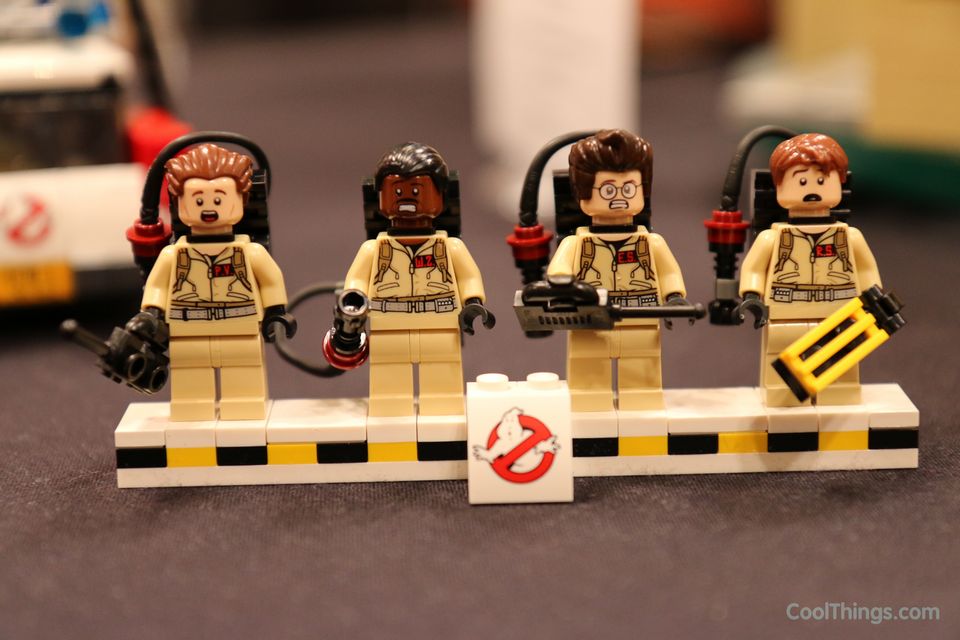 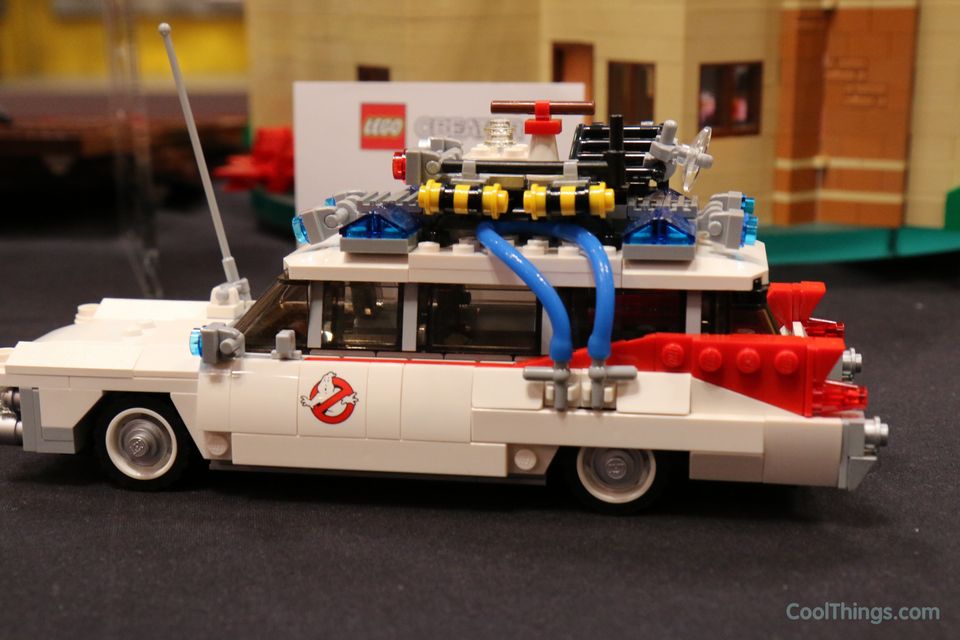 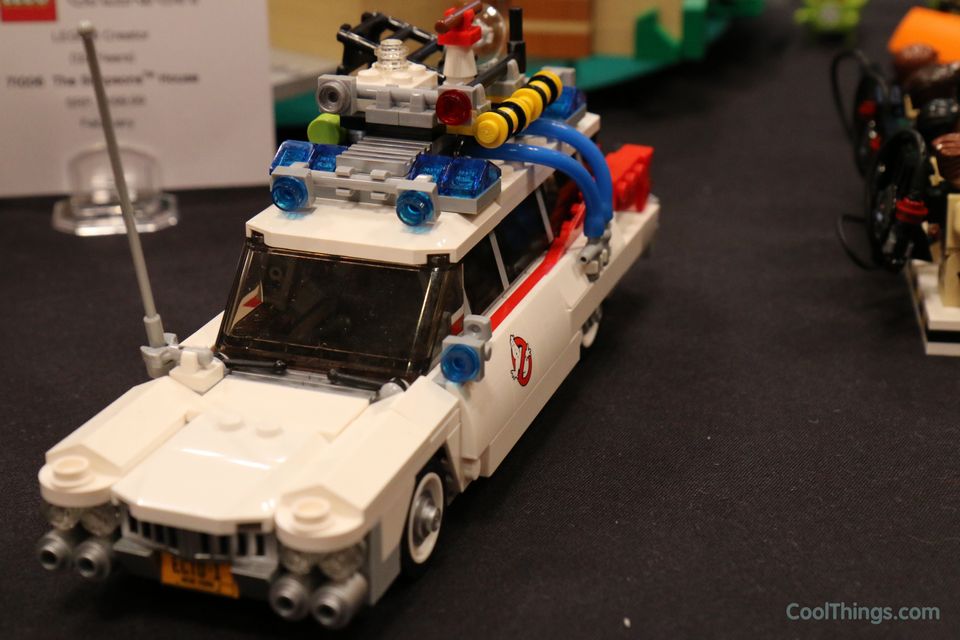