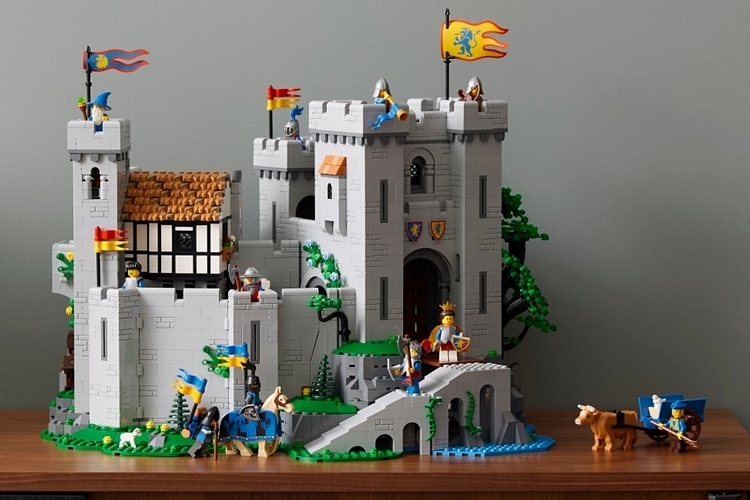 Castles and spaceships have long been two of LEGO’s most enduring themes. Kids have a way of gravitating towards both, after all, as they fire up the imagination in a way few other things can. That’s why, to commemorate the outfit’s 90th anniversary, they’re releasing models from each of those themes that look like they could have been released way back in the 1980s. Our favorite of the two is the LEGO Icons Lion Knights’ Castle, a large and detailed medieval fortress that looks like it came straight out of our childhood fantasies.

Based partially on the original King’s Castle from 1984, the model brings an overall aesthetic resembling LEGO models of old. You know, back when they used simpler textures with less focus on realism, but still managed to make everything incredibly fun. Except, instead of the 627 pieces of the model from 1984, this one comes with seven times as many pieces, making for a more complex build with a lot more details to both spend time putting together and enjoying after the build is done. 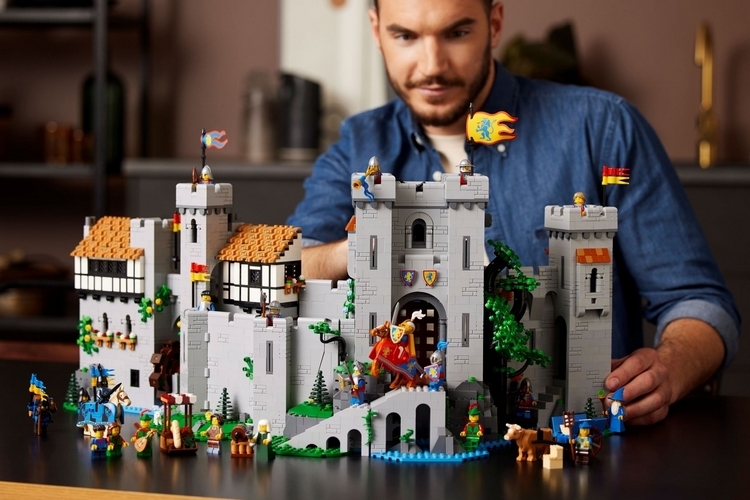 The LEGO Icons Lion Knights’ Castle a really big medieval fortress, with fortified brick walls, battlements for firing arrows through, towers for spotting enemies from afar, a drawbridge to keep strangers out, and sigils plastered everywhere, so you never forget the kingdom’s ruler. Seriously, if they just added a moat with an alligator swimming in it under the drawbridge, this would have been the castle of every boy’s dream.

When fully assembled, the castle measures 14 x 17 x 12 inches (height x width x depth), making for a tower-like structure that’s easier to defend from any oncoming threats. Like every good LEGO castle, of course, it can be spread open to reveal the detailed cross-sections inside the fortress, allowing you to see a detailed peek at what goes on behind those tightly-guarded castle walls. 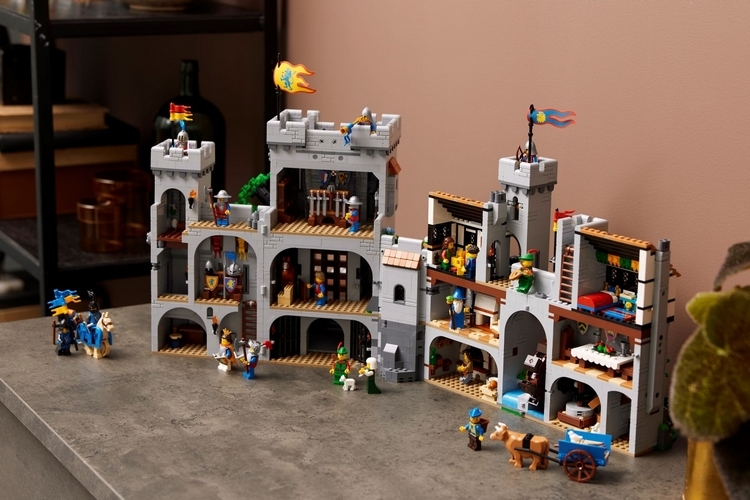 The LEGO Icons Lion Knights’ Castle opens up to reveal all the rooms inside the structure, including halls, living quarters, kitchens, a dining hall, and even an armory, since every castle needs to be properly stocked with a deadly battle’s worth of medieval weaponry. There is also a trap door that leads to a dungeon, several moving walls that allow entry to hidden passages (every castle has its secrets), and all sorts of details, such as a water wheel for the mill and thatched roofing, that bring to life every castle you’ve seen in all those medieval films and shows. 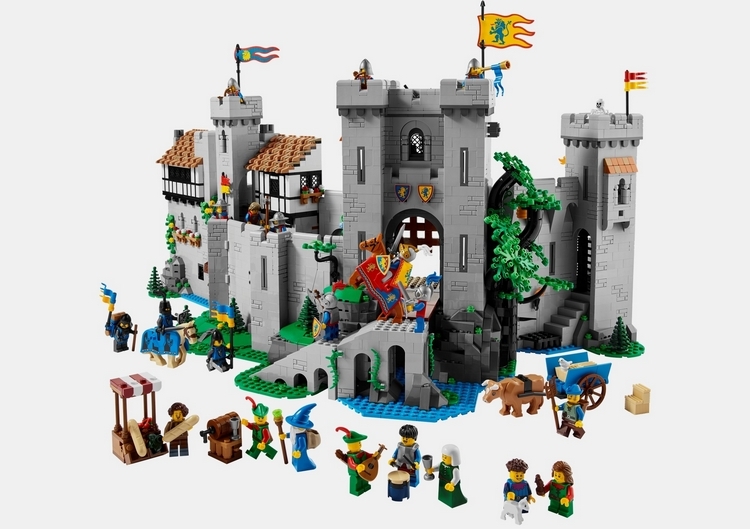 While LEGO typically targets kids for their castle models, they go a different route with this one, aiming at older fans who may want to relive the nostalgia of their castle-building younger years. As such, a total of 4,514 pieces are included in the set, so this is a massive model that will require a substantial time investment and a lot of focus. Those pieces include 22 minifigures, which include the typical characters you expect to meet in a medieval kingdom, from kings and queens to knights and wizards to all sorts of working folks plying their trades.

The LEGO Icons Lion Knights’ Castle comes out in August, priced at $399.99.