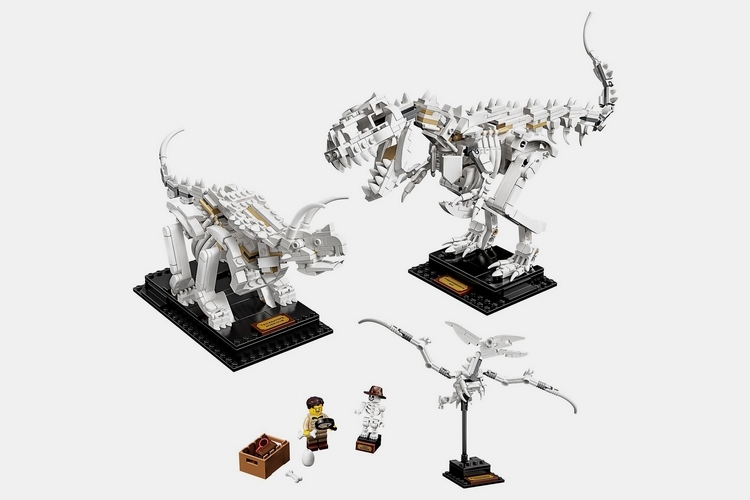 From ancient sculptures and historical relics to ancient artifacts and special works of art, a curious sort can spend hours setting their imagination aflame roaming a museum’s halls. It’s just that sort of place. For many of us who first visited a museum as a kid, though, nothing impressed upon our imaginations much stronger than those gigantic dinosaur fossils that showed the prehistoric beasts in all their skeletal glory. The LEGO Ideas Dinosaur Fossils lets you recreate them for your own tabletop museum display.

That’s right, you can now build your own models of dinosaur fossils that you can use to terrorize your regular dinosaur toys, just like human skeletal remains terrorize us in countless ghost stories, horror films, and Halloween displays. We know, your dinosaurs are absolute badasses that can’t be scared by the remains of their unfortunate cousins, but pitting prehistoric creatures versus dinosaur skeletal remains does seem like a fun way to spend an afternoon. You know, like a dinosaur version of the White Walker battles in Game of Thrones or something. 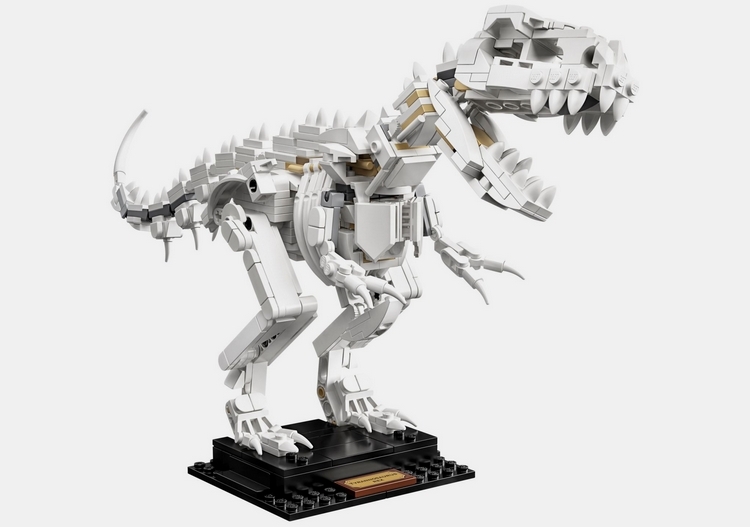 The LEGO Ideas Dinosaur Fossils recreate three popular prehistoric creatures in fossil form, namely a triceratops, a pteranodon, and a tyrannosaurus rex. Each one is a 1:32-scale replica, so it’s much smaller than the massive beasts that haunted those museums you visited in your youth, with the T-rex naturally being the biggest of the lot, coming in at 15 x 7 inches (length x height). Yes, it makes them less of a spectacle, but let’s be honest, do you really have room in your house to fit a monstrous model of a prehistoric beast in lifelike scale? Yeah, this will do.

Each fossil model gets a matching display stand that allows the creatures to be depicted posed in their natural state. On stand, both the T-rex and the triceratops are shown roaming the land, while the pteranodon is perched higher up to mimic the appearance of the animal in flight. 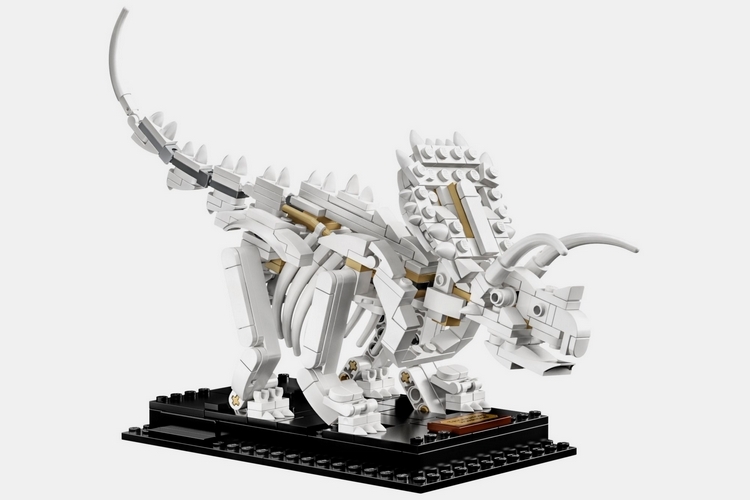 The LEGO Ideas Dinosaur Fossils consist of 910 pieces, which should make for a fun and immersive build. Those parts, by the way, include some movable joints, giving the fossils various points of articulation, allowing you to pose them in different ways, so you can depict the skeletons performing varied types of actions. Want to make them look like they’re fighting? Easy. Want to make the bird look like it’s swooping in for a landing? Sure. Want to make the T-rex look like it’s pooping? We don’t know, but we really, really hope we can do it. 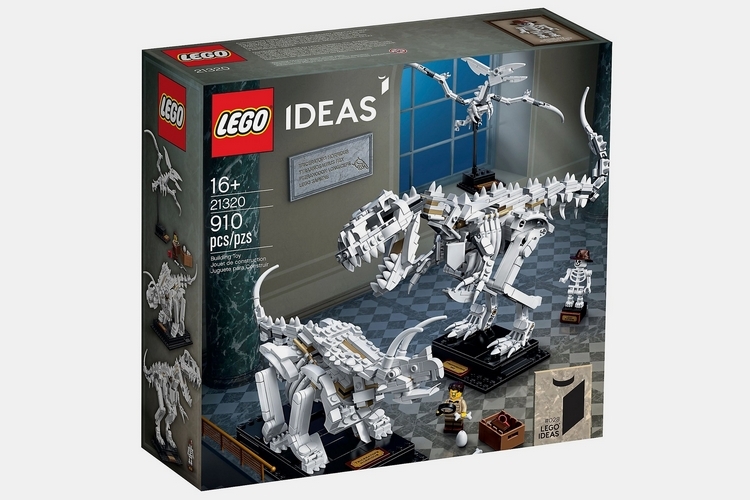 Aside from the dinosaur fossils, the set comes with a minifig of a paleontologist, so you can have a dinosaur nerd in the museum explaining the history of the creatures, as well as a skeleton of a human, so you can pose the T-rex pooping a human out after eating it. Or something like that. Oh yeah, the human skeleton comes with its own display stand, too.