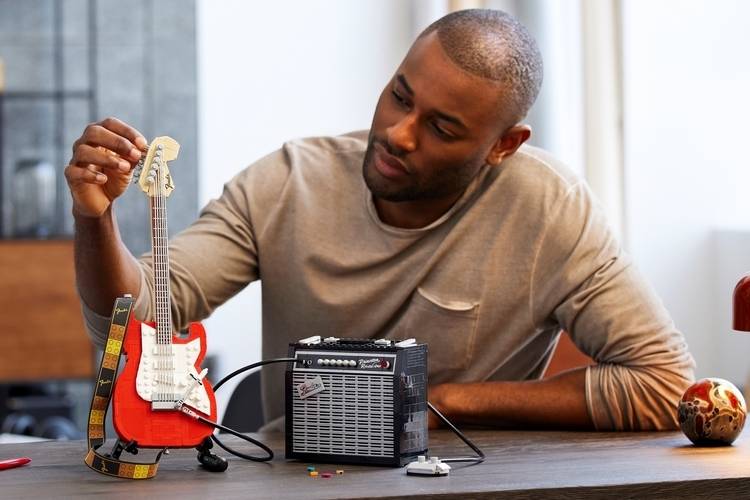 These days, most kids want to be a rapper or a DJ. Back in the day, though, all the young ones wanted to pick up a guitar and rock out on MTV. Now that some of those kids from the old days are older folks who assemble LEGOs to relax in their free time, we imagine there’s a good chunk of them that are picking up the LEGO Ideas Fender Stratocaster.

That’s right, LEGO is releasing a model of Fender’s iconic Strat, allowing you to live out your rock star dreams in tabletop form. Whether you’re a guitar collector, a rock music fan, or just some dude who appreciates these new LEGO sets aimed at adults, this thing will make for a fun project to build and show off on a display shelf once you’re done. 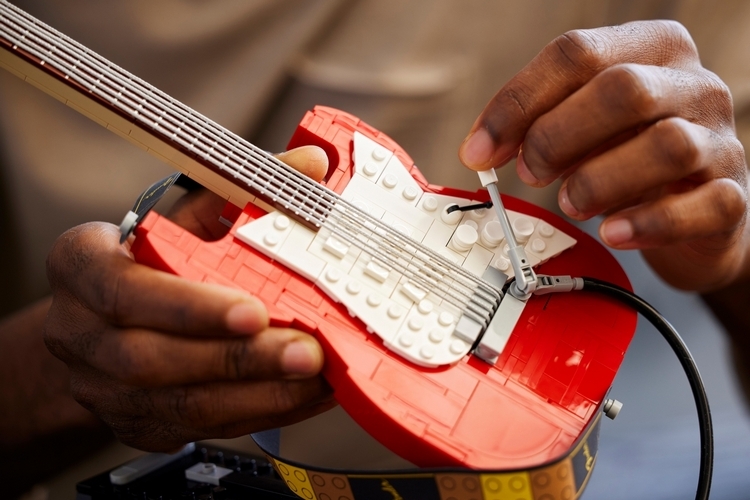 The LEGO Ideas Fender Stratocaster lets you build a miniature model of a 70s-era Strat, the same six-string wielded onstage by many musicians of the period, from like Eric Clapton and Jimi Hendrix to Jeff Beck and Ritchie Blackmore. We know… those people are old, but they were pretty dope for the young folks of that period. Of course, what good is an electric guitar without something to blow up those sound signals, which is why they paired it with a 1965 Princeton Reverb amp, so you can build yourself a proper setup that’s ready to rock the stage.

Both pieces are precisely detailed, with the guitar getting six strings that actually bend, a neck with fret bars, and adjustable tuning pegs, so you’re going to be tempted to act out playing your favorite tunes on this thing. Of course, it won’t actually make any sound, so you’ll have to do voice effects just like you do when playing air guitar. It also has a three single-coil pickups, a posable whammy bar, a pickup switch, tuning pegs, and a five-way selector switch, so even the more discerning guitar enthusiasts will find plenty of details to appreciate. 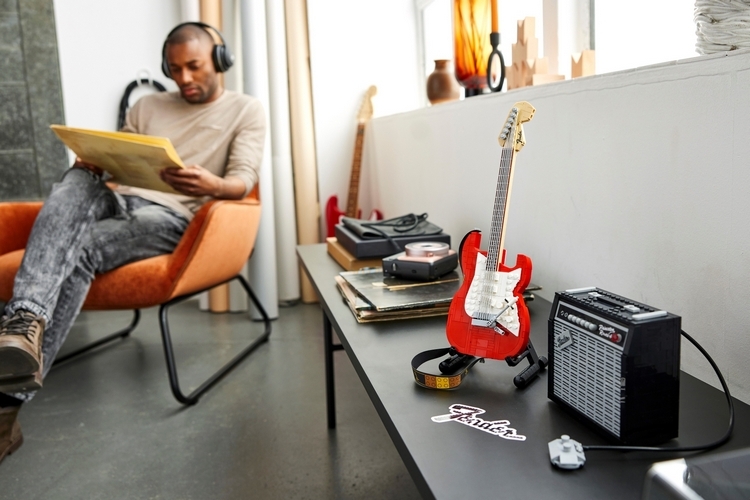 The LEGO Ideas Fender Stratocaster actually comes with two sets of bricks for the guitar body, allowing you to build out either a red or black Strat. That’s right, it gives you a perfectly good reason to disassemble a finished model and rebuild it again, albeit in a different color next time around. They also threw in a textile strap for slinging the axe across your action figures, an effects pedal, and cables for hooking up your rig together, as well as a stand for displaying your guitar upright. According to the outfit, the guitar measures 14 x 4 x 1 inches (length x width x thickness). 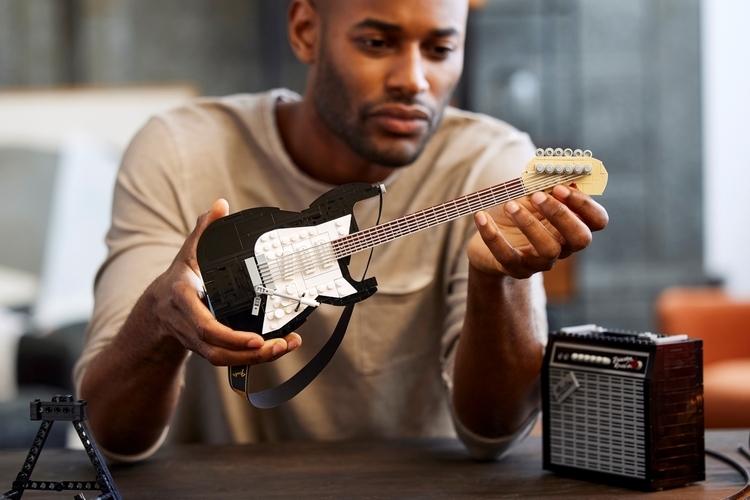 The amp, on the other hand, gives you a detailed recreation of the 1965 Princeton Reverb, with a full set of dials, a large out front, and a carry handle on top, with a removable front panel that lets you see the motherboard, reverb tank, speaker, and other interior details. All in all, the set is made up of 1,079 pieces.

The LEGO Ideas Fender Stratocaster is available now, priced at $99.99.