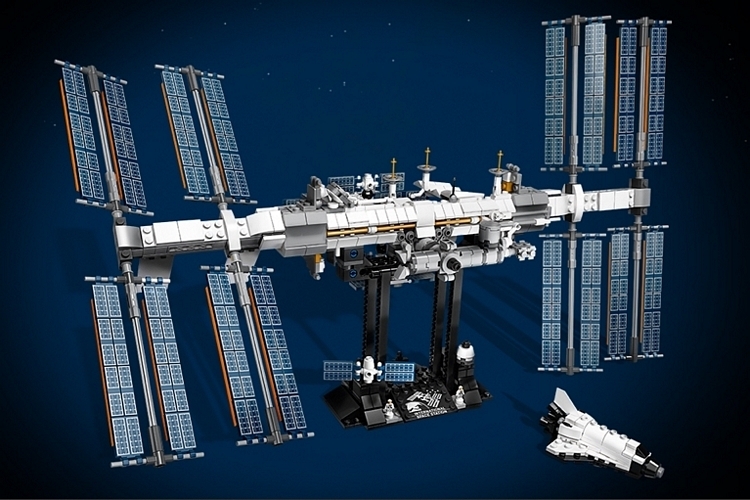 To this day, we remain endlessly fascinated by the International Space Station. Sure, its sheer size is impressive, but the fact that they built it way out there in low Earth orbit makes it all that much more astounding as a human feat. While assembling the LEGO Ideas International Space Station won’t be as impressive as building that massive structure in space, we imagine you’ll have a fun enough time doing it anyway.

That’s right, you can build your own miniature version of humanity’s first outpost in space, giving you a place to send your flat-Earther minifigs, so they can see what the planet actually looks like from space. We know, it’s just a toy and you’re not in space, but hey, just use your imagination and make playing with this thing more fun. 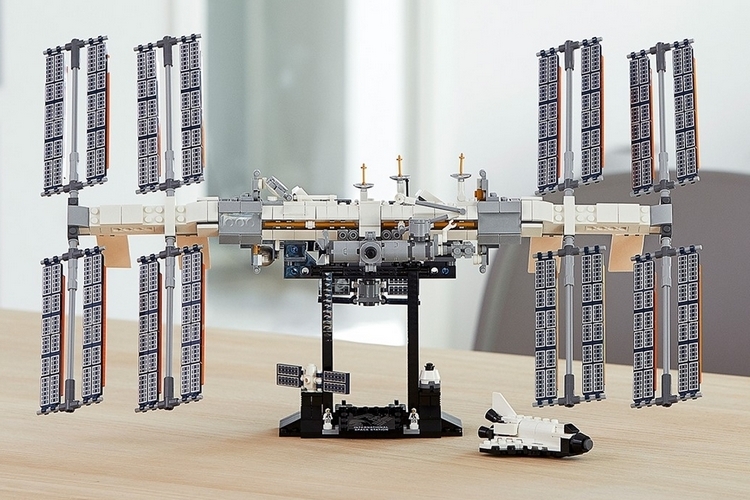 The LEGO Ideas International Space Station measures 7 x 12 x 19 inches (height x length x width), which is hundreds of times smaller than the one orbiting the planet right now.  Despite the much smaller dimensions, it’s incredibly detailed, recreating all the exterior elements found on the largest spacecraft ever built. For instance, it’s got all the rotating solar panels that generate the outpost’s energy (eight sets of them), allowing it to power all the creature comforts inside, along with any of the robots astronauts use in their missions and research endeavors. That multi-jointed robot arm that launches satellites into orbit? It’s got that, too, and it’s completely poseable with two rotating joints, so you can make it look like it’s in the middle of performing a launch.

You can have your astronaut minifigs perform spacewalks on the exterior of the spacecraft (where they can be attacked by rival astronauts in robot suits), as well as dock your ships at the port in the center to bring in your next crew of tiny astronauts. Seriously, there are so many details here, it’s ridiculous, making this the kind of model you’ll want to display front and center on any shelf. 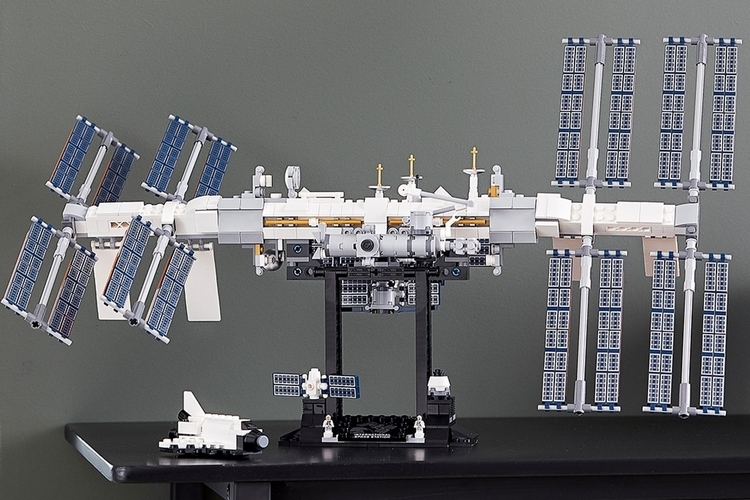 The LEGO Ideas International Space Station has 864 pieces, which, given the size of recent releases, doesn’t actually sound that imposing. The uniqueness of the structure, though, makes the build quite unconventional, so you’ll probably have to refer to the included 148-page illustrated booklet several times if you’re going to be spending the weekend putting this thing together. Due to the complication of the build, they don’t recommend it to younger LEGO fans, instead suggesting it as a project for people 16 and up. 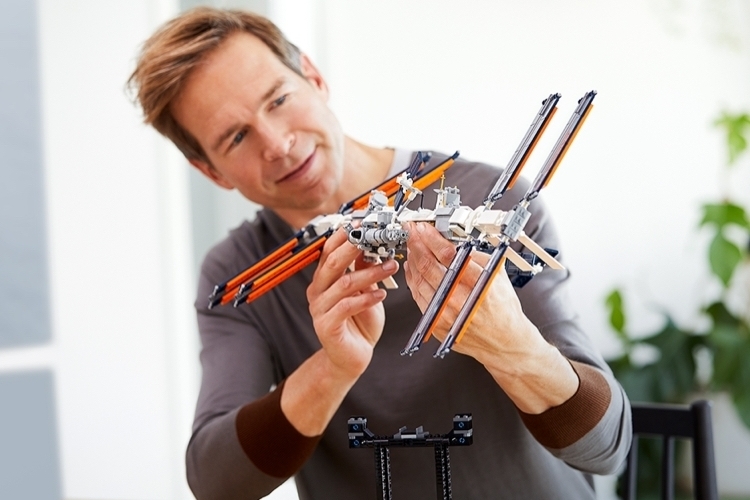 Because of the small scale of the model, they don’t pair it with traditional minifigures. Instead, it comes with two astronaut microfigures, as the smaller characters look more in-scale with the severely shrunk-down version of the ISS. It also comes with a small NASA space shuttle that’s also buildable, three cargo spacecrafts for playing out numerous delivery scenarios, and a stand for elevating it on a shelf next to a globe.

The LEGO Ideas International Space Station comes out in February, priced at $69.99.