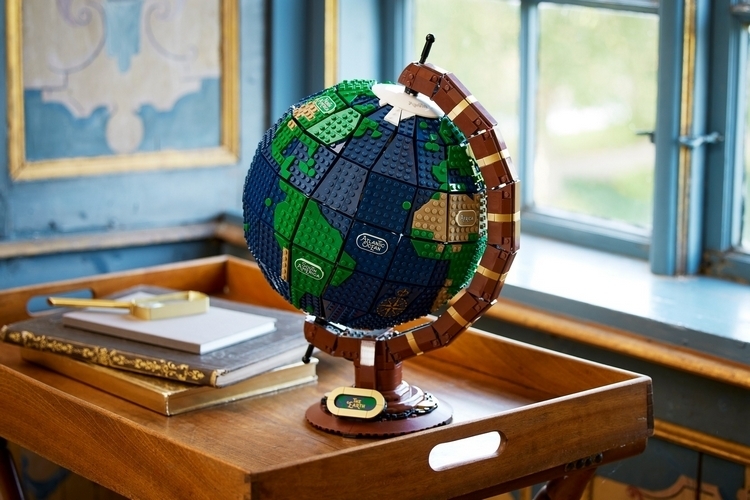 Last year, LEGO released a 2D world map that you can hang up the wall to give your study, classroom, or library a more whimsical way to display the world’s surface in two dimensions. It’s cute. If you got that, chances are, you’ll also want to pick up the new LEGO Ideas The Globe, which recreates, pretty much, the same thing on a 3D model.

That’s right, you can now create your own terrestrial globe using LEGO bricks, assembling each landmass, connecting channel, and body of water piece by piece. Want to learn about geography? Well, using Google Earth will probably be easier, but this can work. Granted, using LEGO bricks to represent a round planet is pretty rough (it’s more spherical with flat edges everywhere), so it’s not quite as easy to make out as a traditional globe, but the darn thing is as close as you can probably get to a proper terrestrial globe using construction bricks. 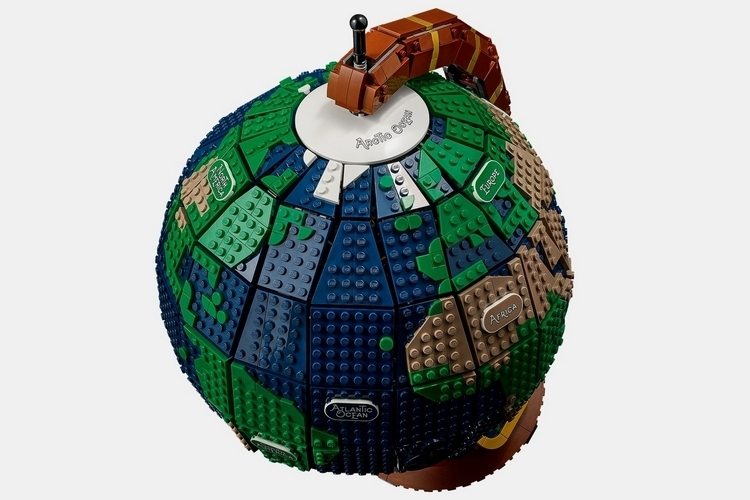 The LEGO Ideas The Globe lets you build a spherical 3D model of the Earth that you can use as a display piece for a study, a home office, or a library, allowing you to explore the continents any time you want. Like traditional globes, it’s mounted on a stand, allowing you to spin it across an axis to quickly go from one continent to another. It measures 16 x 11.5 x 20 inches (height x width x depth), making for an attractive display piece that’s bound to draw more attention than any erstwhile ordinary globe.

It recreates all the landmasses and open bodies of water as faithfully as you can with LEGO bricks, with predominantly desert terrains depicted with brown bricks, predominantly arable terrains covered in green, and, of course, the icy regions covered in white. All continents and oceans get decorative tiles that show their names, so you can learn a little geography while you’re at it. Those decorative tiles are glow-in-the-dark, by the way, so you can learn the names even when you’re fumbling in the dark. 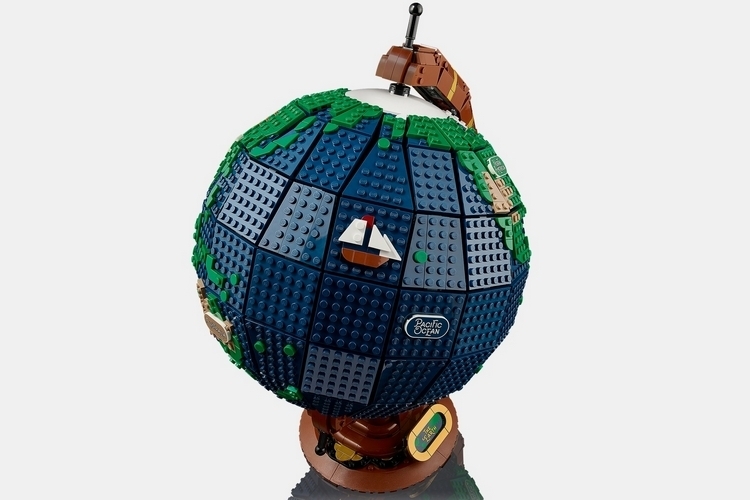 The LEGO Ideas The Globe also comes with vintage-style ship and compass icons that you can place along any part of the oceans to make it seem like your globe is being charted by an adventurous explorer. Yes, that explorer will kill native peoples, burn entire villages, and pillage all their natural resources, but we can table those lessons for later after we wrap our heads around the geography part. Or something. Whew. 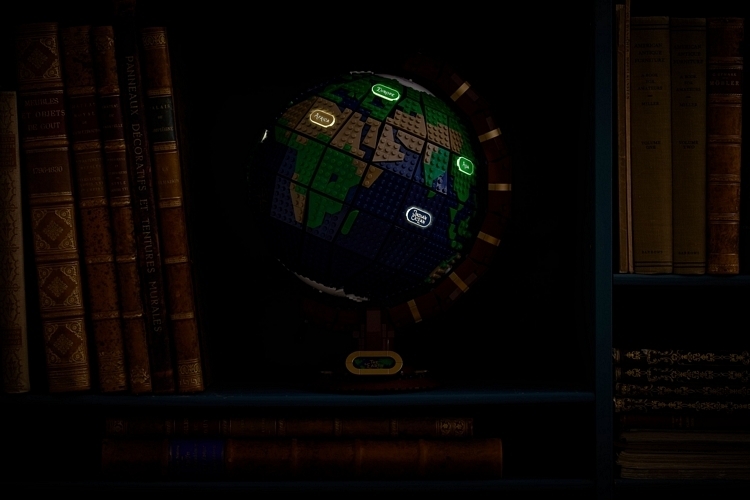 The set comes with 2,585 pieces, so this is a big set that will likely require a good amount of time to put together. According to LEGO, they used LEGO System bricks to recreate the spherical shape of the globe and LEGO Technic piece to build the spinning axis, so this is quite the interesting model for longtime LEGO builders. And yes, you can totally attach minifigs onto the globe surface, in case you make it look like your favorite characters are globetrotting (or conquering small nations, depending on whichever mood you’re in).