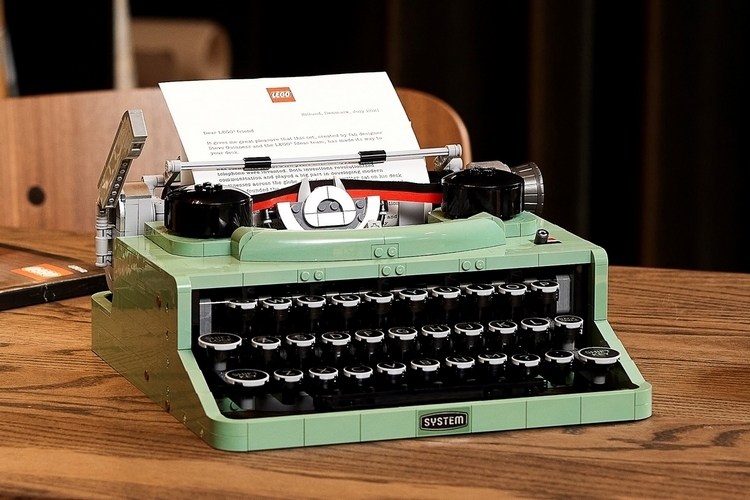 Remember when LEGOs were for kids? Yeah… even then, you’ve probably known more than a few adults that played with the darn bricks. In the past few years, though, the outfit has embraced its more mature fans, putting out sets that are both more complex and less appealing to young people. With the LEGO Ideas Typewriter, they’re going the latter route, giving folks the once-ubiquitous but now-extinct office staple.

That’s right, LEGO’s newest set lets you build the word processing machine of old, which is like a laptop with a sheet of paper for a screen and one of those white-out things as a delete button. Whether you’re an oldie who harkens for the old days of whipping up manuscripts on your Brother Deluxe or a younger lad who enjoys the idea of building models of vintage machines, this thing lets you build a model of a typing instrument straight out of the mid-20th century. 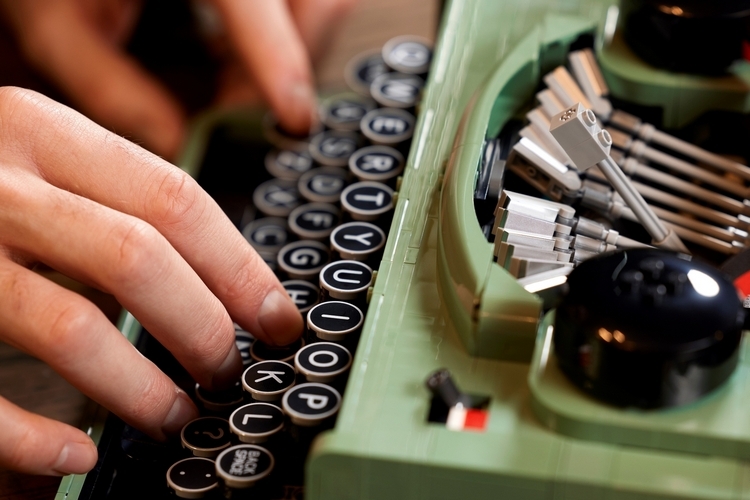 The LEGO Ideas Typewriter is a model based on an old-fashioned typewriter used by the company’s founder Ole Kirk Kristiansen, complete with that pastel green finish that was very popular in the 1950s. It comes with a full keyboard that you can individually press to activate its corresponding typebar, which slams into the mounted ribbon and moves the carriage from left to right one space at a time. You know… just like a real typewriter. Heck, there’s even a platen that you can feed with a sheet of paper and roll up line by line, so it looks like you’re typing the next great American novel. Or the next crappy manuscript that will be rejected by 20 publishers before you finally surrender, whichever the case may be. Sadly, the vintage version of the Enter key (the carriage return lever) doesn’t appear to be working, so you’ll have to roll up the platen manually to get to the next line every time. 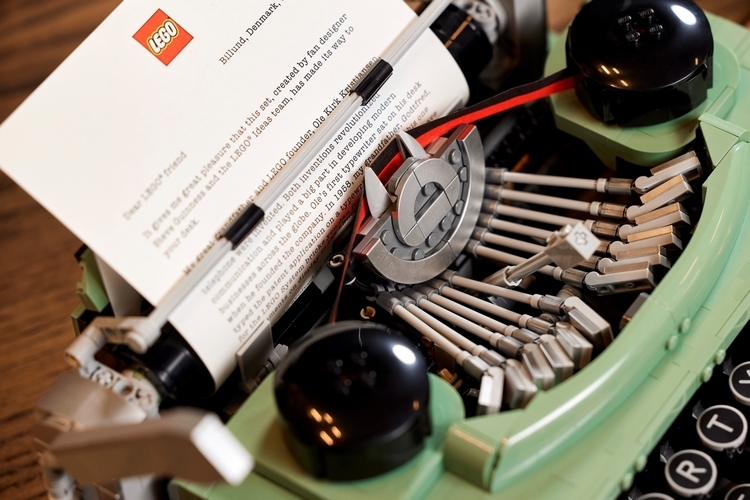 Do note, while it moves like a real typewriter, it doesn’t actually type anything, so you won’t be able to compose an old-school letter or create typewriter art. That’s because the included ribbon isn’t inked. Would it type anything if you replaced it with a real inked ribbon like they used back in the day? Probably not, since the typebars don’t actually have any letters or numbers molded into them, either, so you’ll just end up marking the paper with round LEGO connectors with every strike at best. Yes, we do wish they made it an actual functional typewriter, but it sure makes for a fun model to put together. 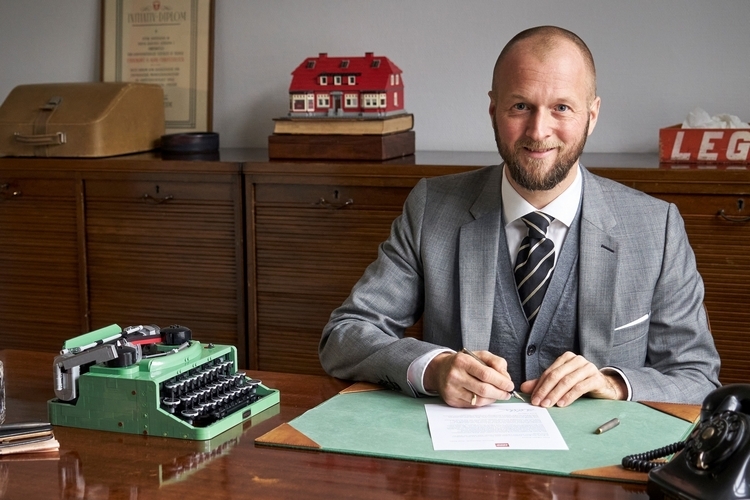 The LEGO Ideas Typewriter comes with 2,079 individual pieces, so this will make for quite the immersive build that will suck you in for hours upon hours of meticulous assembly. It comes in lifelike dimensions of 4.5 x 10.5 x 10.5 inches (height x width x depth), making it the kind of model you can display on a writing desk where a real typewriter will probably look pretty nice or a shelf with other typewriters you’ve kept over the years.