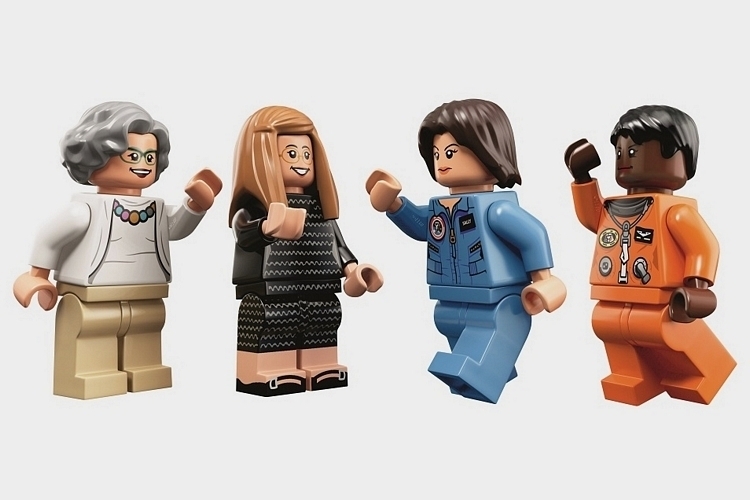 The 2016 movie, Hidden Figures, shone the light on a group of women at NASA who quietly and diligently performed vital work for the US space program while getting very little recognition at the time.  As such, it’s not surprising to see the LEGO Ideas Women of NASA getting a lot of interest from both hardcore LEGO fans and casual toy fans alike. Oddly enough, none of the three women from the movie are included in the set.

No, it wasn’t intended to be that way. In fact, the original plan was to include the main subject of the film, Katherine Johnson, a NASA mathematician who worked on the Mercury and Apollo space programs. According to LEGO, however, they weren’t able to get the licensing done, so we’ll have to do with just four awesome women instead of the planned five. 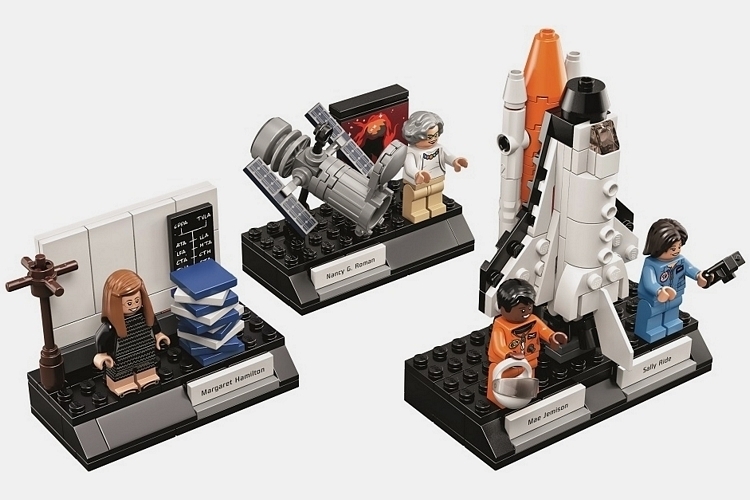 The LEGO Ideas Women of NASA puts the spotlight on four minifigures, each one depicting the likeness of a historically-important female that worked at NASA. They got Margaret Hamilton, a computer scientist who developed the flight software used during the Apollo moon missions, as well as Nancy Grace Roman, an astronomer who was instrumental in the planning and organizing of the Hubble Space Telescope. Those two are joined by two astronauts: Sally Ride, who became the first American woman in space back in 1983, and Mae Jemison, who became the first African-American woman in space back in 1992.

Of course, it can’t be a proper set if it’s just a collection of minifigs. And since the four women all came from different time periods and worked on different projects, a single NASA-themed structure didn’t quite make sense. As such, each character gets their own dioramas instead.  Well, technically, two of them share one, but the other two get solo setups. 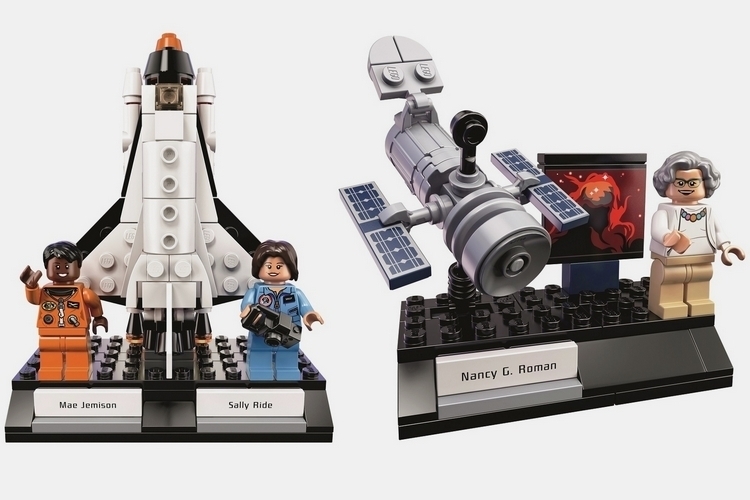 Nancy Grace Roman, of course, gets herself a miniature replica of the Hubble Space Telescope In the LEGO Ideas Women of NASA, which she can launch into space where it can get an unobstructed view of the universe at large. No, the darn thing can’t actually be launched, but it is posable, so you can move it around as if it’s floating in zero gravity like the actual telescope. Sally Ride and Mae Jemison share a miniature Space Shuttle, which comes with a matching launch pad that also serves as a platform for the two minifigures to pose on when it’s displayed on a shelf. 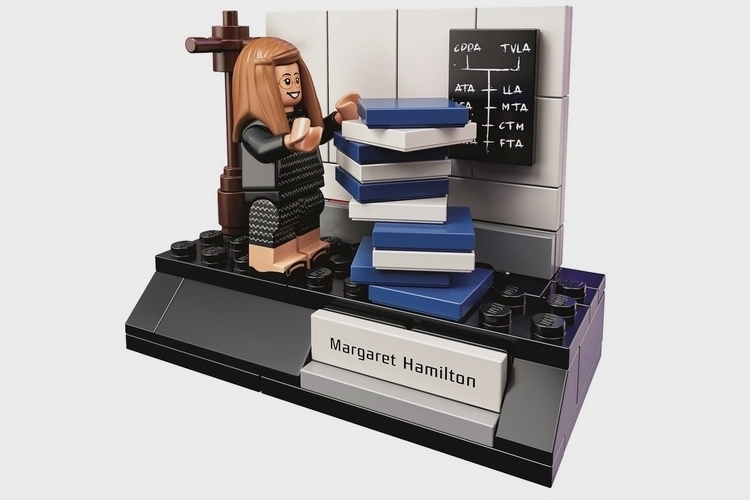 Computer scientist Margaret Hamilton gets the weird diorama of the bunch, which basically puts her in a room with a stack of books that represent the Apollo Guidance Computer’s onboard flight software source code. That’s right, even in LEGO, all the coders still get stuck with the most boring stuff imaginable. Seriously, was there really no way to make programming look like a cool job? A total of 231 pieces are included in the set, with a difficulty that’s aimed at children aged 10 years or older.

Slated for availability November 1st, the LEGO Ideas Women of NASA is priced at $24.99.