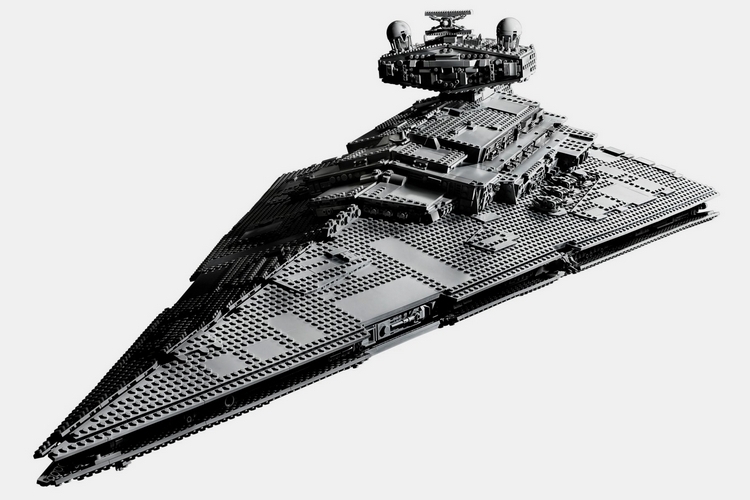 Did you have fun building that Collector’s Series Millenium Falcon, with its massive 7,541 pieces and incredibly detailed sections? Of course you did, it’s a heck of an experience with a heck of a gorgeous payoff when the darn thing is finished. While it’s not quite as big of a build, the new LEGO Imperial Star Destroyer should bring a similar experience for fans who enjoy putting together larger LEGO models.

That’s right, there’s a new large LEGO Star Wars model in town and it’s big, coming in at 43 x 26 x 17 inches (length x width x height), making this an absolutely striking addition to any display shelf. Whether you’re a diehard Star Wars collector, a longtime LEGO nerd, or just some dude who enjoys the occasional great LEGO model, we have a feeling this thing will figure highly in your list of drool-worthy sets to come out this year. 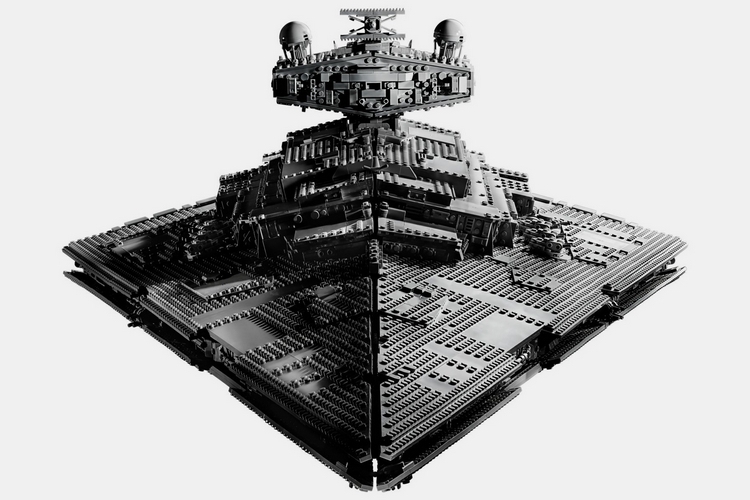 The LEGO Imperial Star Destroyer recreates one of the most menacing capital warships in the Galactic Empire’s fleet (the Devastator), as it appeared in the opening scene of the Star Wars: A New Hope movie. While it won’t be launching TIE fighters and land assault units like the ones we’ve seen on the big screen, it’s a detailed enough recreation to make you want to pretend piloting it across the galaxy, chasing after rebel ships and blasting them into floating heaps in space. Seriously, the sheer size and detail of this thing can take your imagination to a whole lot of fun places.

The model retains the unique wedge shape of the original ship, giving it a genuinely striking appearance that you can admire from absolutely any angle. From the front and sides, you’ll be easily mesmerized by the swiveling guns, tilting radar dish, and intricate surface detailing, presumably showing off all the turbolasers and beam projectors spread across its shell. The ship’s rear is especially enthralling, with massive engine exhausts creating a stark contrast to the rest of the ship’s slimline edges. 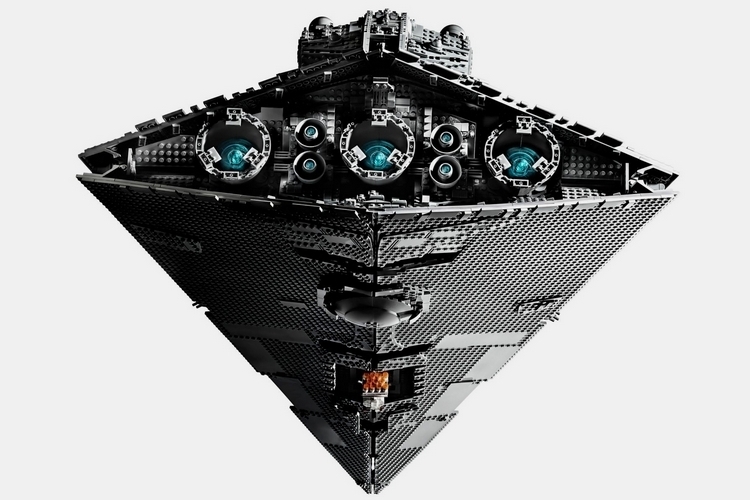 The LEGO Imperial Star Destroyer also includes a buildable scale model of the Tantive IV starship, so you can recreate the time Leia attempted to escape with plans for the Death Star, only to end up being captured by the much larger vessel. Of course, you can also have it chase, capture, or destroy any smaller Star Wars ship model you have in your collection. Sadly, it doesn’t appear to have a hangar bay on the belly, so there’s no space to swallow all those tinier ships it chooses not to destroy. 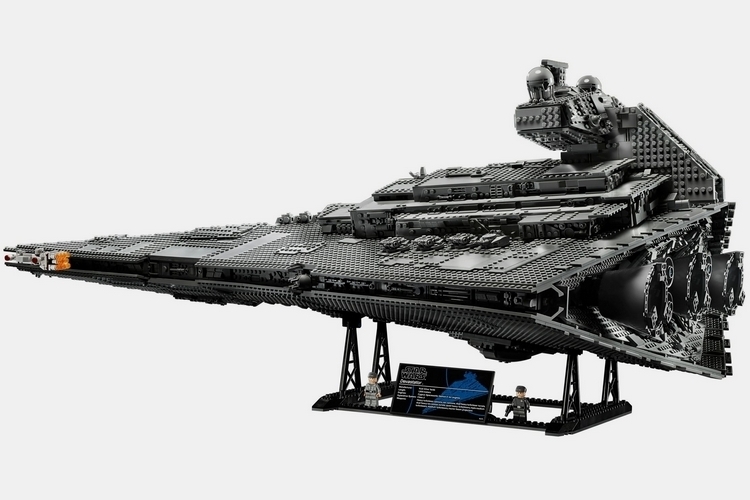 Aside from the two ships, the set also comes with two minifigures, namely an Imperial officer and an Imperial crew member, each of which get a blaster pistol apiece. There’s also a display stand with an informational plaque, so you can show it off elevated on a shelf or desk. The whole set consists of 4,784 pieces, so this will make for quite a satisfying build.

Want one? The LEGO Imperial Star Destroyer comes out October 1st, priced at $699.99.