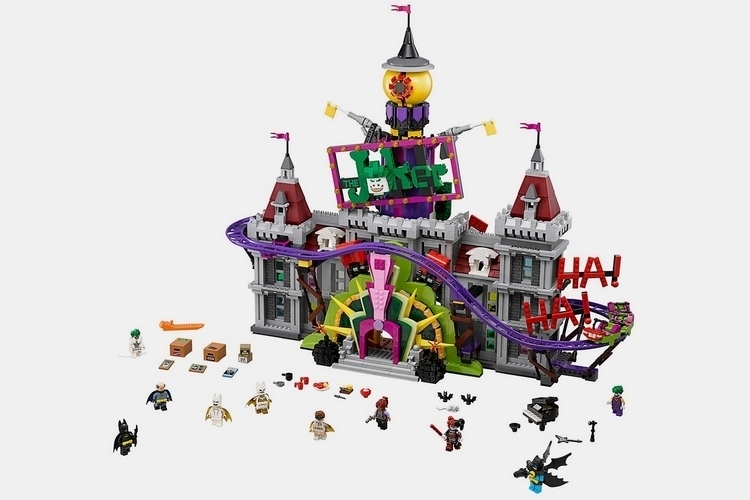 If you’ve seen The LEGO Batman Movie, then you probably remember when Joker took over Wayne Manor and started redecorating it in his own inimitable style. Yes, it looked like a veritable madhouse. That madhouse is exactly what we’re getting with the new LEGO Joker Manor set, which recreates the deranged supervillain’s handiwork from one of the best Batman movies of all time (seriously, it’s better than the live action ones we’ve been getting lately).

That’s right, you can now own a LEGO version of Wayne Manor with Joker’s numerous upgrades integrated into it.  Since LEGO seems to be in the habit of producing really huge sets as of late, this one is no exception, as it comes with 3,444 pieces to ensure hours upon hours of enjoyment putting everything together. 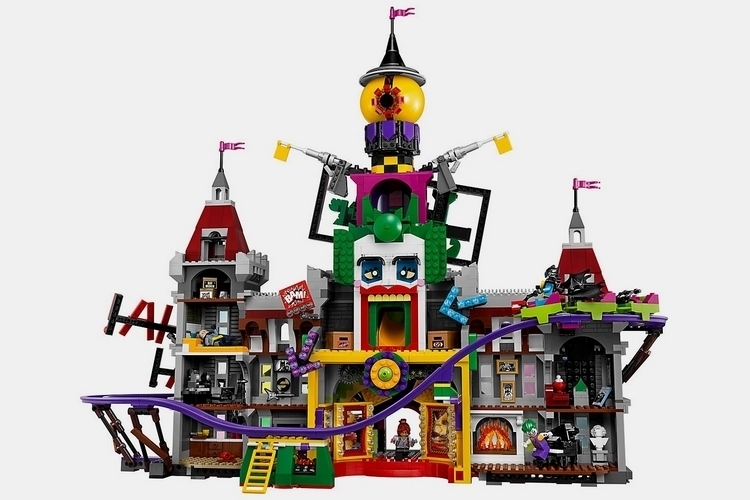 The LEGO Joker Manor measures 21 x 25 x 10 inches (height x width x depth), so this is one large build that will take up a huge chunk of shelf space. As in the movie, the Clown Prince of Crime bastardizes Wayne Manor with a massive rocking Joker sign front and center while redecorating the back with a giant clown face, complete with a secret trap door that serves as an exit for an integrated slide inside the structure.  You can send minifigs down the slide by dropping them on the top of the Joker figure’s head and watching them slip out right at its gaping mouth.

The grand entrance to the manor is now decorated with two giant bombs on each side, with the center tower getting a pair of turret guns and a rotating “big eye” that keeps watch over the entire estate. A roller-coaster track runs through the entire exterior of the house, giving it a legitimate crazy funhouse vibe, along with three cars, each fitted with seats sized to hold a single minifigure. There’s also a large “HA! HA!” sign that hangs right by the side of the house, along with a large array of multi-colored light-style decorative elements that suits the Joker’s colorful aesthetics. 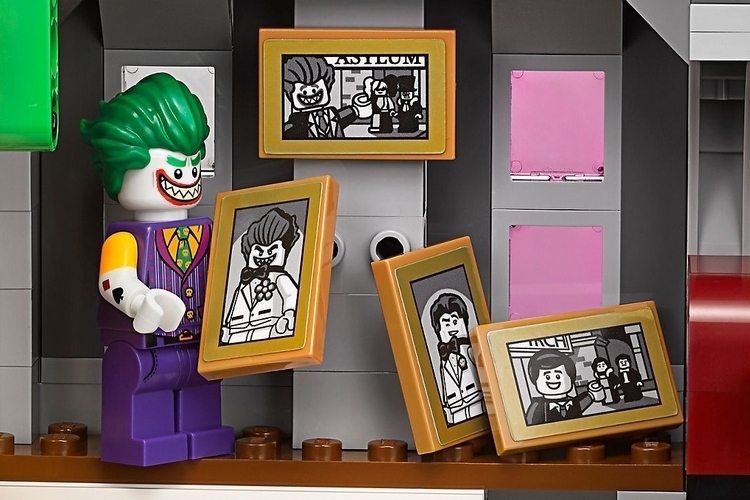 Inside, the LEGO Joker Manor gets an entrance hall with four bendy mirrors (you know, the ones you’ll find in funhouses), a living room with a grand piano and furniture, a cinema room with an actual home theater setup, a kitchen with scale-sized kitchenware and appliances, an attic with boxes and a rat, and a swimming pool where Bruce Wayne can relax whenever he finishes fighting crime for the day. Oh yea, there’s also a music studio with a mixing desk, speakers, furniture, and instruments. Why? We don’t know, maybe either Bruce Wayne or the Joker have pop music aspirations? 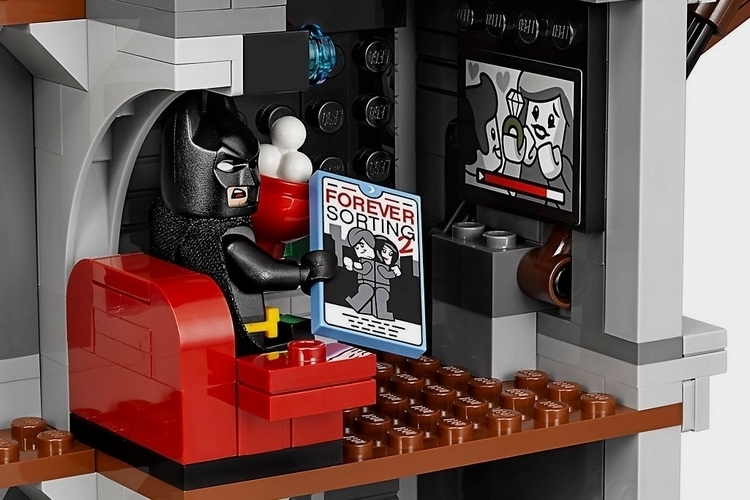 A total of 10 minifigures come with the set. These include Joker, Batman, Barbara Gordon, Harley Quinn, Nightwing, Alfred Pennyworth wearing the Classic Batsuit, Disco Batman, Disco Joker, Disco Batgirl, and Disco Robin. And, yes, all four Disco characters are brand new in the LEGO universe. You also get three weapons, namely a batarang, a revolver, and a bat.